With his Ivy League master’s degree, people often ask Joél-Léhi Organista, “Why are you getting another master’s?” For Organista, the answer is simple — he doesn’t know how to run a startup.

“Luckily, I’m from Salt Lake City, Utah. I saw this MBC program the first year, and I was so excited because there is literally no program like this anywhere in the country. It’s exactly what I need,” Organista said.

After creating his own bachelor’s degree titled social justice pedagogy, Organista attended the Columbia University Teachers College to get his master’s in sociology and education. Still the David Eccles School of Business’s Master of Business Creation called to him.

“This program is so unique that someone that has an Ivy League degree wants to do another master’s just so that they’re proficient in running their business and be connected with the resources of the University of Utah, which there are so many,” Organista said.

With his background in education, Organista was inspired to create a platform that made it easier for teachers to plan their lessons — that’s when Machitia was born. Machitia means “to teach someone something” in Nahuatl, the native language of the Aztecs, and that’s what Mexico City born Organista set out to do.

Not only does Machitia allow educators to build their lesson plans around whatever objectives and strategies they’d like, the platform allows educators to share, collaborate and explore other educators’ work. Feedback can be exchanged and resources can be shared along with each lesson plan.

Machitia is certainly far from done growing. As technology continues to enhance learning experiences even in the wake of overwhelming odds — see 2020 and Zoom online learning — Organista is excited to incorporate different advancements, such as AI, into the software. 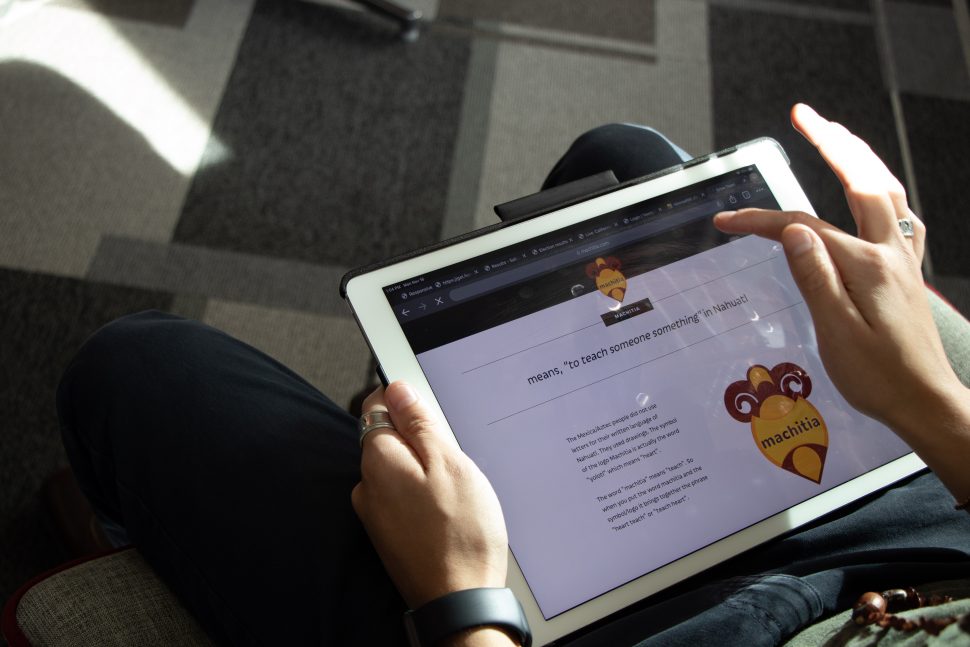 The learning experience goes both ways for the MBC program and Organista, who says he is lucky to be involved.

As for the future, Organista definitely sees Machitia going long-term. While financial stability is certainly a plus, Organista’s passion comes from the impact of his work on others.

“I’m a teacher. That’s my background, and I still want to teach but this is a really big thing for me and my family and my community,” Organista said. “I don’t think people sometimes understand that when you’re an immigrant or first-generation or a person of color and you’re a business owner, this is big.”