With the busy, on-the-go lifestyle of an entrepreneur, it can be good for your mental health to take a break and watch some TV. It can be a positive distraction. The right shows can teach you something or just simply be relatable to you and your startup and leave you feeling inspired and motivated.

To help you get the most from your downtime, we compiled a list of the best TV show to stream on Netflix, Hulu, YouTube TV, and beyond. Here is our list of shows that every entrepreneur should be watching:

Key takeaways: What a startup ecosystem looks like in Silicon Valley.

“Silicon Valley” was inspired by the co-creator of the series, Mike Judge’s, experience in Silicon Valley as a member of a tech startup in the 1980s. This comedy series follows the adventures of software programmers and developers as they attempt to thrive in the Bay Area. Silicon Valley shows how difficult it can be for startups to make an impact in such a competitive atmosphere. 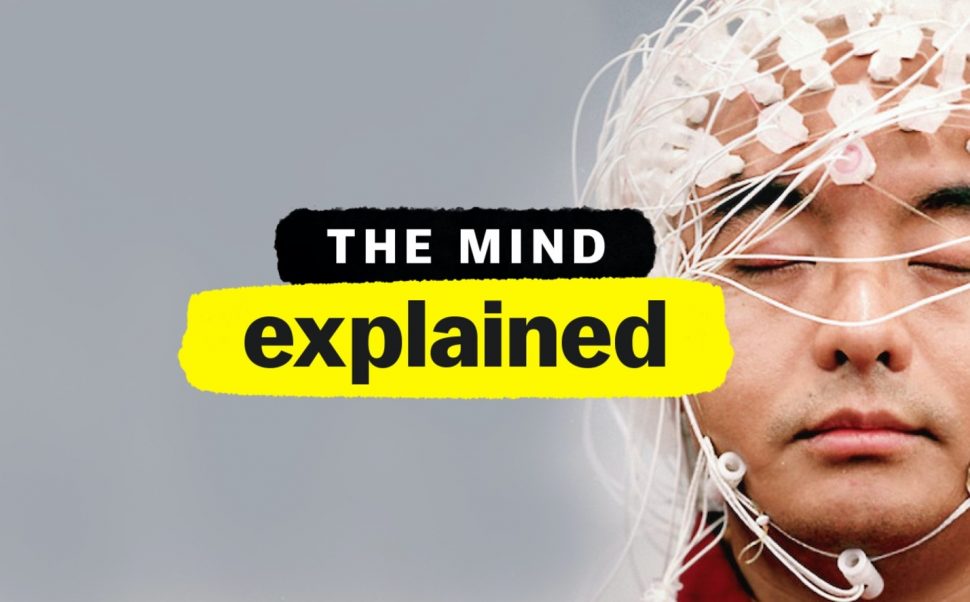 Key Takeaway: Lessons on how the brain functions and how it can help you as an entrepreneur.

What really happens inside your brain? The more you can discover about yourself, and understand how people think, will help you in life and as an entrepreneur. “The Mind, Explained” is a docuseries that takes a deep dive on how the brain functions. It takes you through five different parts of the mind, covering memory, dreams, anxiety, mindfulness, and psychedelics. 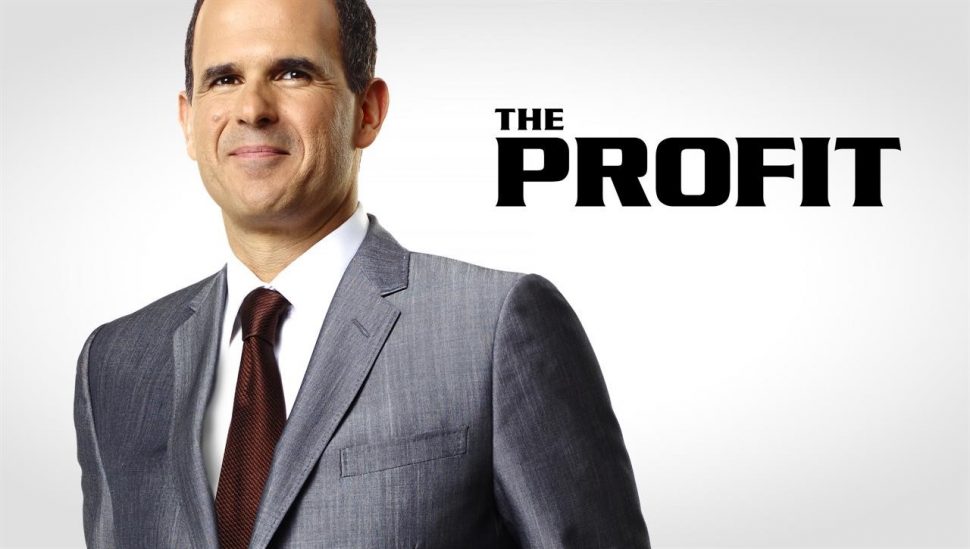 “The Profit” is a documentary-style TV show based on Marcus Lemonis, the CEO of Camping World. When Lemonis isn’t running his own company, he seeks to save small businesses by offering capital investment in exchange for stake in the companies. Lemonis has successfully turned around more than 100 small businesses. 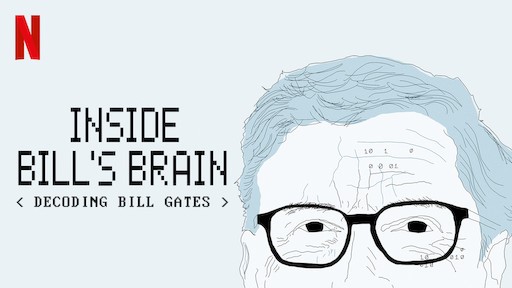 Key Takeaway: A documentary on “decoding” Bill Gates and who he is as a human.

This TV show is a three-part documentary series that tells the life of Bill Gates, the founder of Microsoft and co-founder of the Bill and Melinda Gates Foundation. Throughout the series, it focuses on his personal relationships, career at Microsoft, his interests in improving sanitation and climate change, and eradicating illness in various parts of the world. 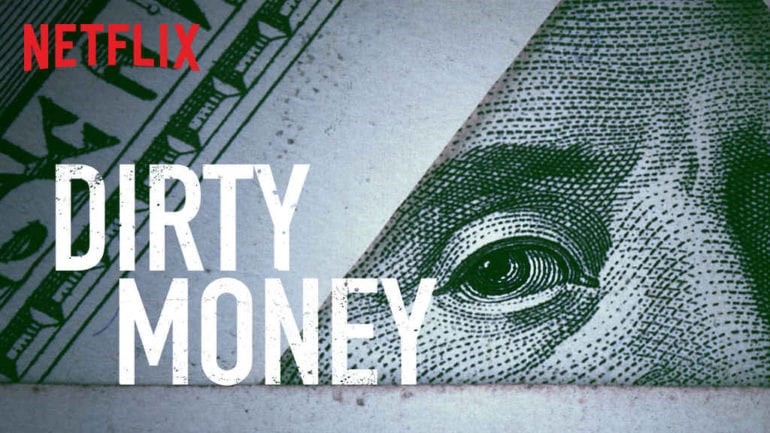 Key Takeaway: Stories of corporate corruption in the global economy, and the detrimental impacts it had.

“Dirty Money” is an exhilarating docuseries that tells the investigative stories of corruption in well-known businesses. The episodes feature the scandals of the corrupt events from the perspective of the criminals and their victims. Some of the episodes include Volkswagen, who cheated on emissions tests to save money, and HSBC, one of the world’s largest banks at the time, laundered millions of dollars for Mexican drug cartels. 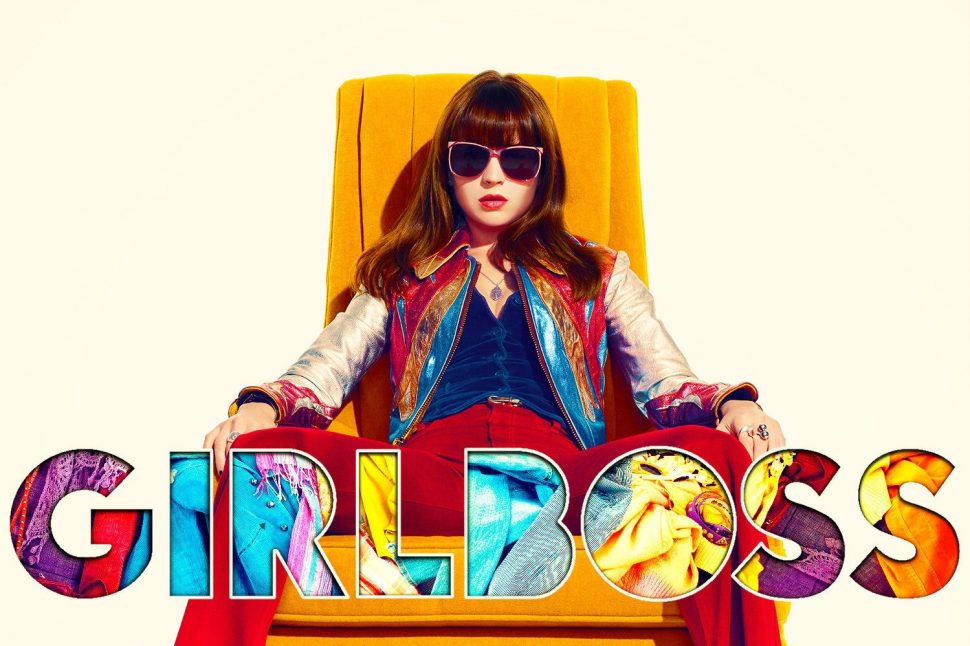 Key takeaway: Humorously reveals the story and struggles of a broke entrepreneur.

This series is based on the autobiography, “Girl Boss.” Main character, rebellious and broke, Sophia Amoruso started re-selling thrift clothing and turned it into a million-dollar company receiving nearly $300 million in sales at the age of 22. 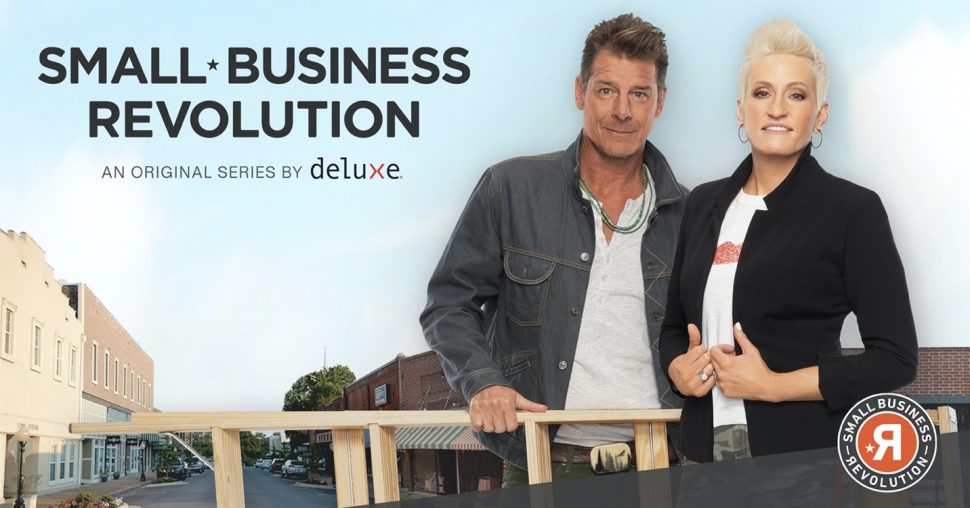 Key takeaway: Watch how a little money, expertise, and work can save a small business.

Small businesses are the heart and center of every community. “Small Business Revolution” looks at small towns across the U.S. that are fighting for survival. And shows how a little money, a lot of experience, and thousands of hours of work can save the small business and community. Each season, America chooses one town to receive $500,000. Amanda Brinkman, marketing expert, is joined by different celebrity entrepreneurs such as Robert Heriavec, Ty Pennington, and more.

Where to watch: Hulu, Prime Video

Rotten tomatoes: No score yet 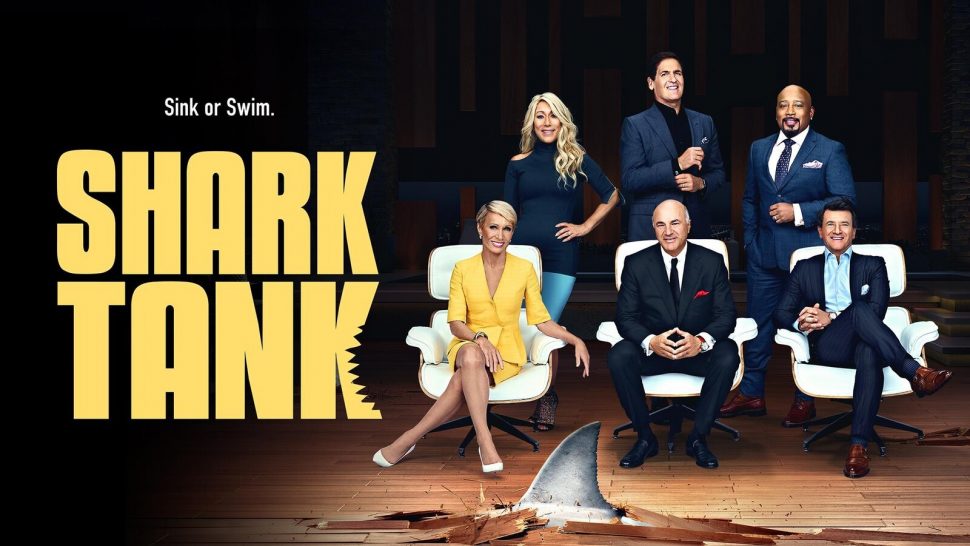 Key takeaway: Entrepreneurs with innovative products/services make their pitches to investors. Will their company sink or swim?

Critically acclaimed and multi-Emmy-awarded TV show, “Shark Tank,” is an entrepreneurship series that inspires people to dream bigger and to take their business to the next level with funding and expertise. Entrepreneurs showcase their products/services to the sharks. The sharks, whom are self-made, and are multimillionaires and billionaires, decide whether their product is the best America has to offer, and then decides whether to invest in them or not.

Where to watch: ABC 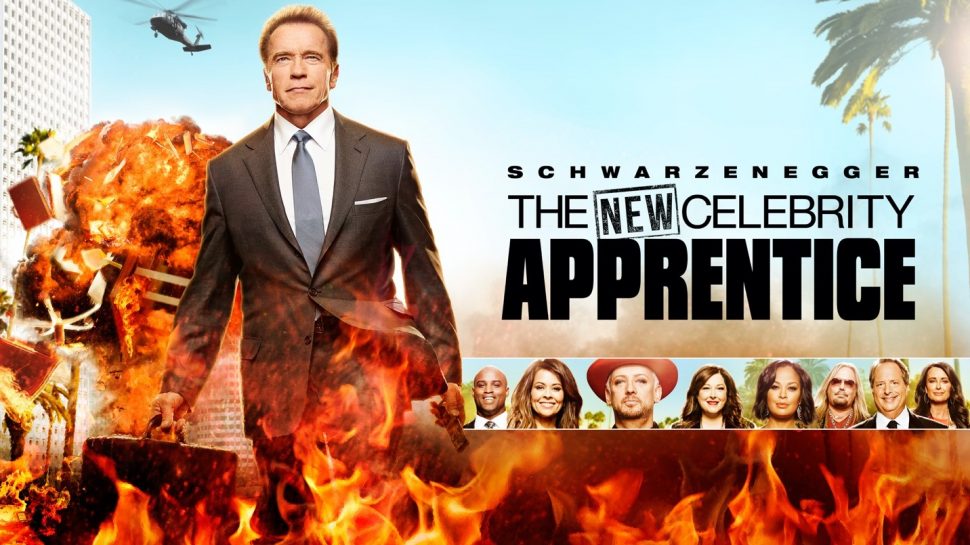 “The New Celebrity Apprentice” is a reality TV competition series hosted by Arnold Schwarzenegger. Sixteen celebrities compete to win money for a charitable organization of their choice.

Where to watch: NBC

IMBD rating: No score yet 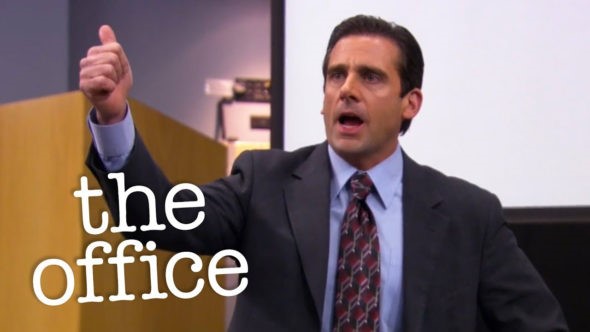 Key takeaway: Captures the bizarre and humorous office setting at a paper company.

“The Office” is a mockumentary sitcom TV series that portrays the everyday work atmosphere of office employees at the Dunder Mifflin Paper Company. This comedy series features well-known actors and actresses, such as Steve Carell, Jenna Fischer, John Krasinski, and Rainn Wilson. Need mindless and humorous entertainment? This show is a must-watch for you and can perhaps teach you a few lessons on what not to do in business. 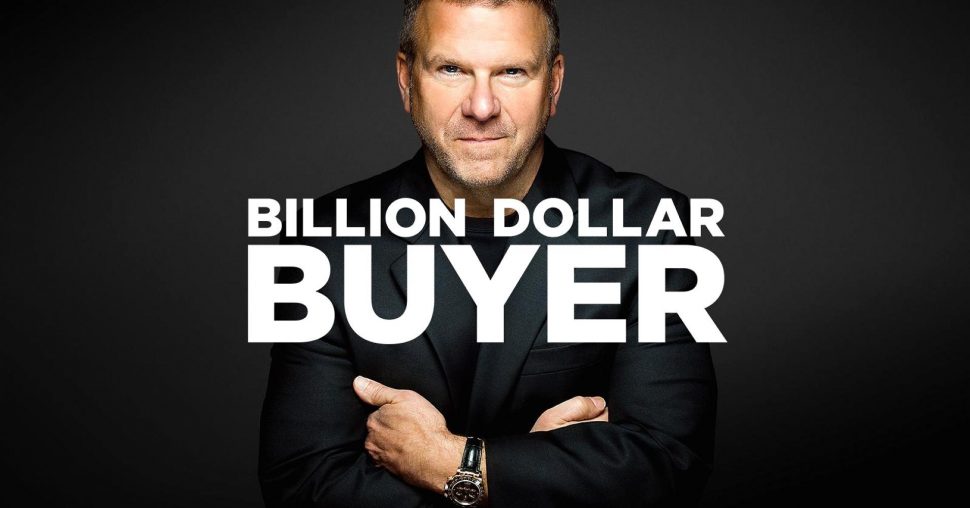 Billionaire Tilman Fertitta manages a number of nationally known dining and entertainment brands including Morton’s Steakhouse and the Golden Nugget Hotels & Casinos. Fertitta seeks to help small American businesses and highlights them in his series. In each episode, he features two small businesses, samples their products and gets to know the founders. After spending time with both, he makes a decision whether to place a significant purchase order, with either both, one, or neither. Will he be the billion-dollar buyer in your community? 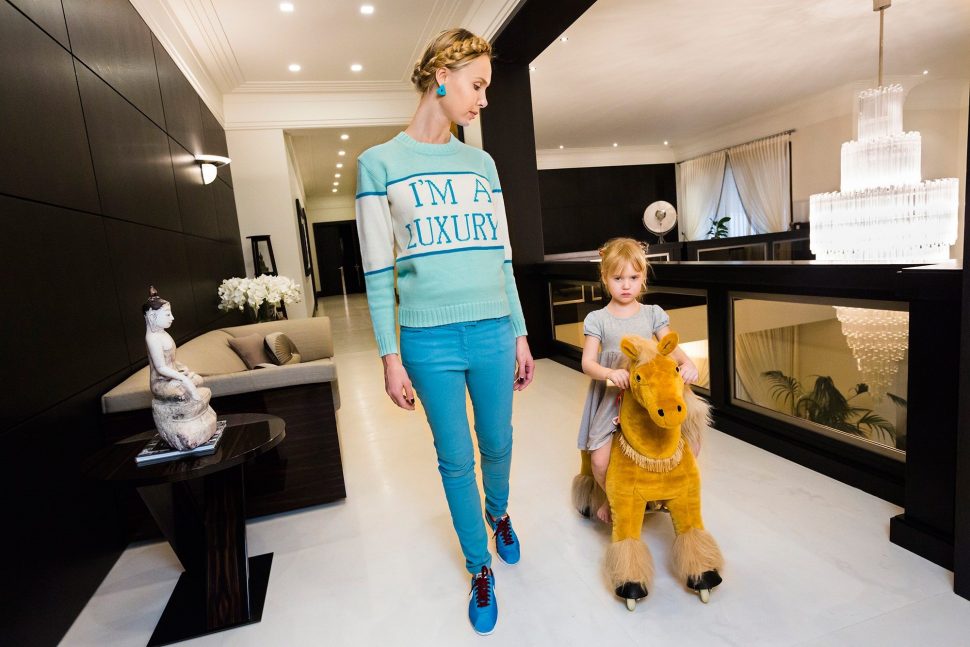 Key takeaway: How to not lose sight of long-term happiness.

Has money corrupted the American Dream? A documentary by Lauren Greenfield, a photographer and filmmaker, examines the consumerist society. She highlights many individuals such as students, parents, and celebrities, and gives access into a broad number of people’s lives and ideologies of materialism, celebrity status, and social status. “Generation Wealth” can provoke serious interreflection and is a reminder about not losing sight of long term happiness.

Where to watch: Prime Video 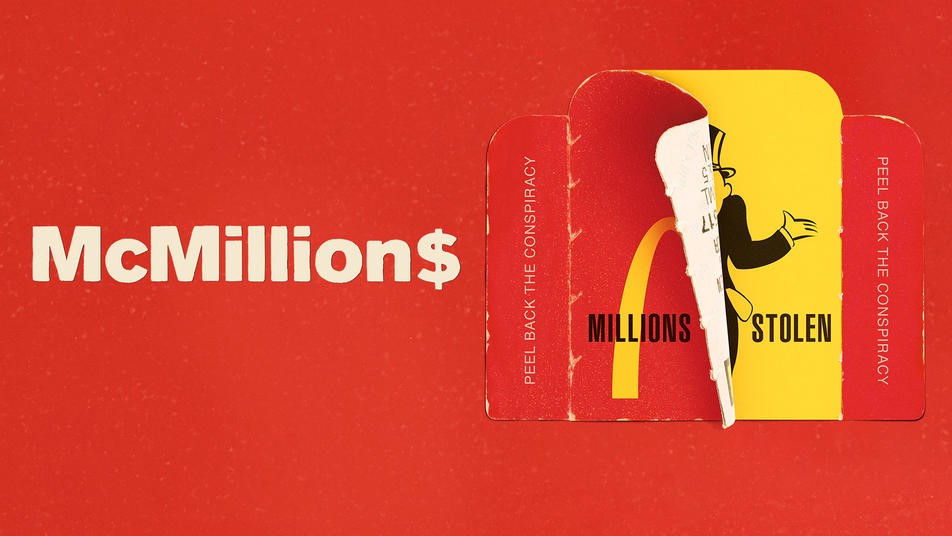 Key takeaway: An insider view into one of the most notorious fraud cases in the 1990s.

“McMillions” is a documentary series produced by Mark Wahlberg. This is a true story on how $24 million dollars was stolen from the Mcdonalds Monopoly game in the 1990s. Through six episodes, they introduce the FBI’s who investigated the Monopoly game heist, and the fake winners and criminals.

Where to watch: HBO Max 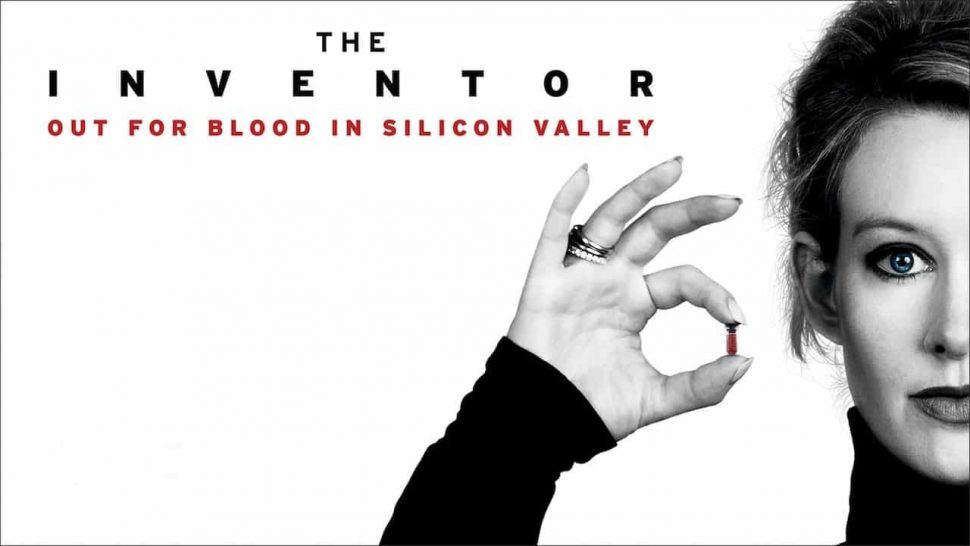 The Inventor: Out for Blood in Silicon Valley

Key takeaway: The story of the Theranos Scandal.

In 2004 Elizabeth Holmes dropped out of Stanford University to start a company to revolutionize healthcare. Theranos was born. Theranos is a blood-testing startup that claimed to devised blood tests that only required small amounts of blood and could be performed rapidly using small devices. Elizabeth Holmes was valued at $9 billion, and was the youngest female billionaire in the world. Two years later, the company was cited by the SEC for fraud. This documentary investigates the rise and fall of Theranos, and who is responsible.

Where to watch: HBO Max 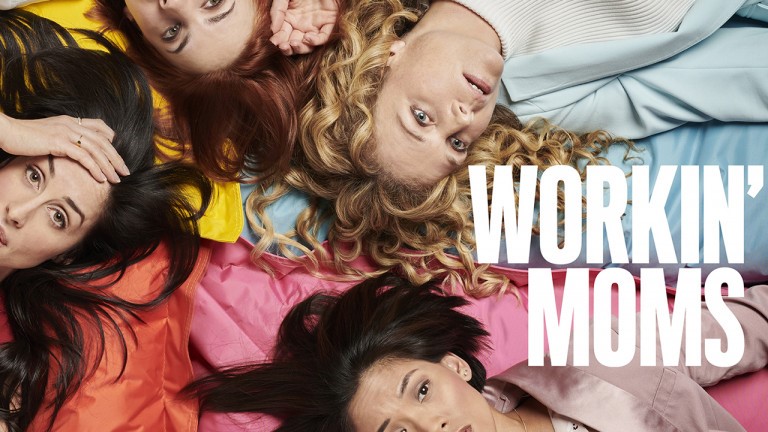 Key takeaway: An authentic view of the professional and personal lives of working mothers.