Maybe we’ve just become total beach bums, but getting on a plane and heading home from Kauai sucked. Some of our team recently spent a week on “The Garden Island,” and, honestly, none of us wanted to leave. However, a week with our buns on the Cocpit bench and in the Hawaiian sand has made us antsy to get back into the startup grind. Although most of our time was dedicated to hiking, swimming, snorkeling, looking for wild pigs and running away from dinosaurs, we couldn’t help but notice the entrepreneurial spirit of the people of Kauai.

Let us get this off our chest: We’re not really fans of most entrepreneurship related media out there today. We feel like a lot of it is more appropriate for a high school football half-time pep talk than substantive startup advice. So, we apologize if our thoughts in this post sound more like sappy startup jargon than they usually do. That being said, we really do think our trip to Kauai offered us an entrepreneurial perspective from a totally different culture.

Here are four entrepreneurial insights we took from the Kauaians:

1. Having the Determination to Make Your Own Way

When you think Hawaii, you usually don’t think about the next billion-dollar company or fast-paced startups. However, we made some interesting observations as we met many of the small-scale entrepreneurs of Kauai.

We would say there are essentially two main motivators for startup founders: opportunity and necessity. When it comes down to the reason anyone launches a startup, they do so because they see an incredible opportunity or they need to economically stay afloat. Granted, the most prominent motivator for Hawaiian (especially Kauaian) entrepreneurs is probably necessity. Many people there start businesses because they simply have no other relevant employment opportunities. However, that doesn’t make their entrepreneurial activity any less noble. Look at our country today. How many people when faced with unemployment choose idleness over innovation? Millions! Yet, we observed countless islanders doing just the opposite. Rather than playing dead and accepting a handout, they creatively made an income that allows them to support themselves.

On the last day of our trip, we spent the afternoon at an incredible waterfall and swimming hole tucked deep in the Kauaian mountains. While we were there, we met some new friends who lived on the east side of the island. One of them spoke up and told us that she graduated from high school in Utah and studied at SUU. We didn’t know her personally, but it’s hard to forget her story. 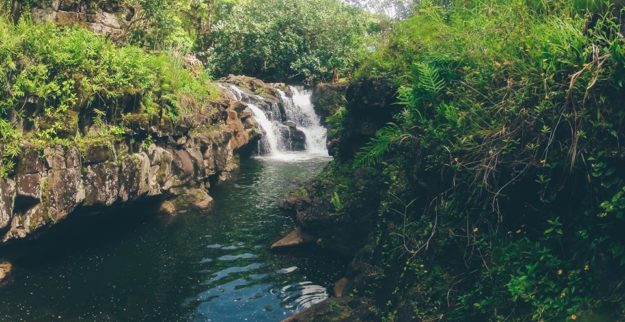 She told us that when she lived in Utah, she had randomly been feeling that she needed to move to Kauai. So, one day she bought a one-way ticket to the island and never looked back. Now she is starting and operating a farm on Kauai and is doing really well!

In general, it seemed like a lot of people we met were similar to this girl. They’re not preoccupied with risk. They’re not focused on the probability of them failing or the consequences of them messing up. They are comfortable taking risks.

On Tuesday, our team spent the day on the North Shore of Kauai enjoying the most amazing mountains, shorelines and views we had ever seen. On our way back to our condo in Kapa’a, we stopped by a local farmers’ market nestled against the base of a giant green mountain. 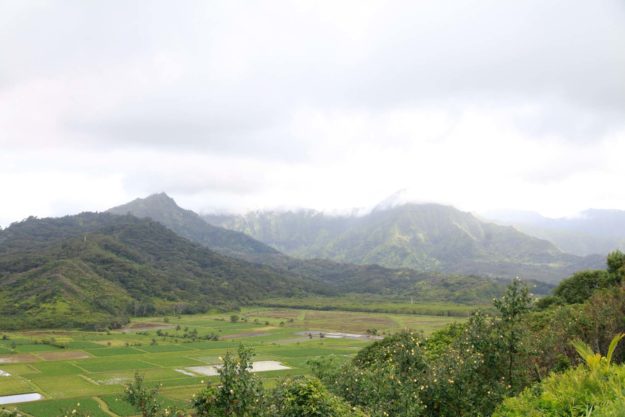 As we meandered through the little white canopies of vendors, we came to some awesome bamboo bowls, vases and decorations. A shirtless, sun burnt, and long-haired “bruddah” rushed out to help us. He told us about how he just decided to move to Kauai one day. He bought a tiny house and a little piece of land and started growing bamboo and other crops. He had the idea of creating vases, dishes and other art out of the bamboo he was growing. He told us about using his grill and other firing techniques to make his work unique in design. He discovered a God-given talent.

This man will probably never be a billionaire or even a millionaire. However, it’s awesome that he was able to discover a talent within himself, cultivate it, create products of value and use them to build the life he had always wanted.

4. Working in Cahoots with Other Startups

Maybe this is the most obvious observation we made, but it may also be the most valuable. Kauaian entrepreneurs know how to work together. Let’s look at food trucks as an example:

Why do food trucks always park right next to each other? Wouldn’t they want to separate themselves from their competition? Perhaps a reason food trucks rendezvous together is cheaper places to park. It’s probably smarter than that though. They round up because they know that if they work together they can attract more people to their location, and the food trucks can then compete for customers’ attention. 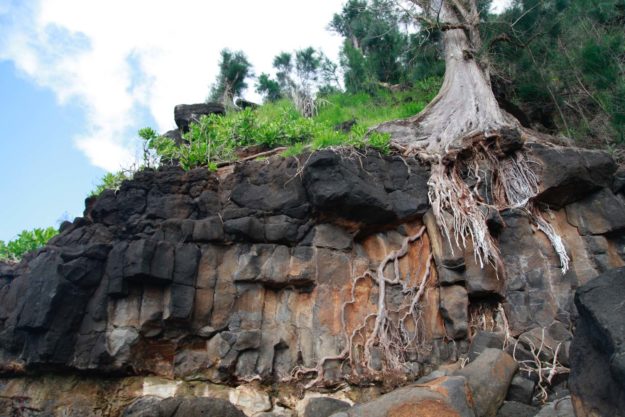 Farmers’ markets are also great examples of working together. The simple principle is this: As startups work together and collaborate with complementary or similar companies, they can create a bigger presence in their market, further challenge market incumbents, efficiently segment their consumer base, and better differentiate themselves from their competitors. If only there was a better way for startups to do this…

We’re smart to remember what Peter Thiel has been known to say: “Competition is for losers.” It’s amazing the things you can learn from observing other entrepreneurs, especially in other cultures. You can learn how they funnel their determination, take risks or utilize their talents. You can also observe how they work with other entrepreneurs in similar circumstances to win more customers. Sounds like a part of something we’ve been working on…

About the Author: The Cocpit Team