The Lassonde Entrepreneur Institute welcomed L7, the seventh group of student residents at Lassonde Studios, for the 2022-23 academic year earlier in August. This diverse group will “live, create, launch” together in this unique building for student entrepreneurs and innovators at the University of Utah.

All students at the U are welcome at Lassonde Studios, which has events and innovation space for all students on the first floor. Only 400 are selected to live on the upper floors each year after a competitive application process. Residents are known as the “Lassonde 400.”

“I would highly recommend living it Lassonde,” said resident Matthew Lebrecht. It’s a great place to live, but is also a very productive building. Everyone is here to get stuff and Lassonde gives us a great opportunity to do that.”

Here are facts about the L7 residents:

Residents are studying many of the subjects offered at the University of Utah. Many students are also undeclared and chose Lassonde Studios as a good place to figure out who they want to become. 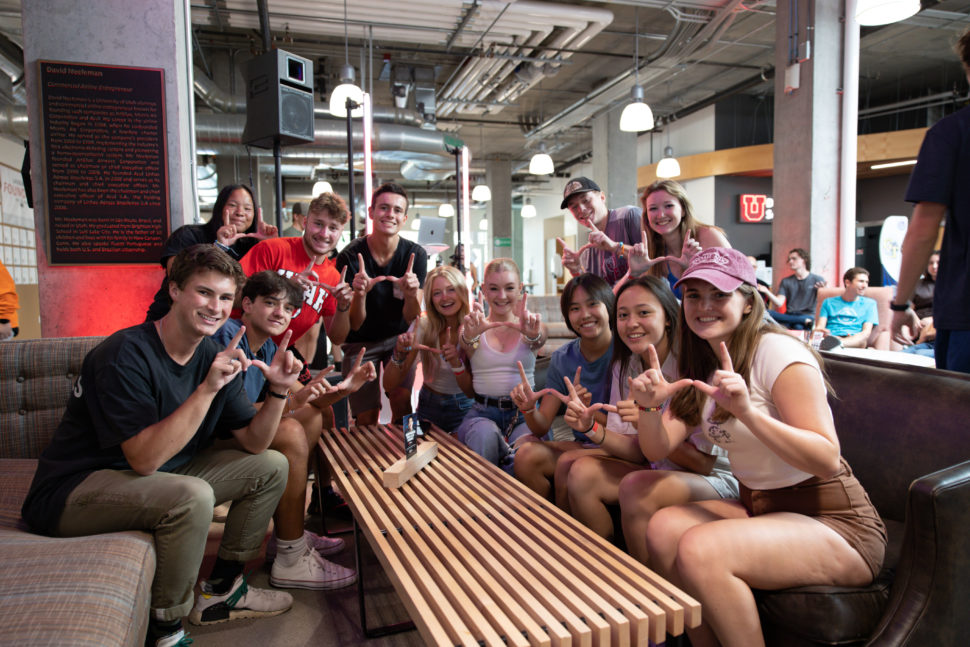 Students gather for a photo during the L7 Launch Party.

Resident Matthew Lebrecht is majoring in business administration. This is his second year living at Lassonde Studios.

Lebrecht is developing a company called Innovation Outdoors. They make outdoor recreation equipment that’s more innovative, making the world around us more accessible to everyone.

“I hope to take the company we launched over the summer and start production and sales on our products,” Lebrecht said.

Bella Lambert is another L7 resident. She is a freshman majoring in entrepreneurship. She was a finalist in Lassonde’s High School Utah Entrepreneur Challenge last year.

“I like living at Lassonde studios because of the opportunities and resources available for entrepreneurs to create something new, as well as the close sense of community that exists here,” she said.

“I hope to gain a deeper understanding of business creation through the (Lassonde Founders) program,” she said about the residential scholarship program for active entrepreneurs. “I have a few company ideas that I would like to develop more thoroughly and eventually launch.”

Tiffany Ahna Lahey is another freshman at Lassonde Studios with plans to major in entrepreneurship.

“I love living at Lassonde Studios,” she said. “I’m on the fourth floor and have a great connection with everyone on my floor. My cluster is very active outside and has gone on a bunch of hikes these past few weeks.”

During her time at Lassonde, Lahey wants to create a life-coaching class or website and help people build their confidence.

“I love to boost others up and work toward a common goal for success,” she said. “Lassonde Founders is a great opportunity and scholarship program for aspiring entrepreneurs.” 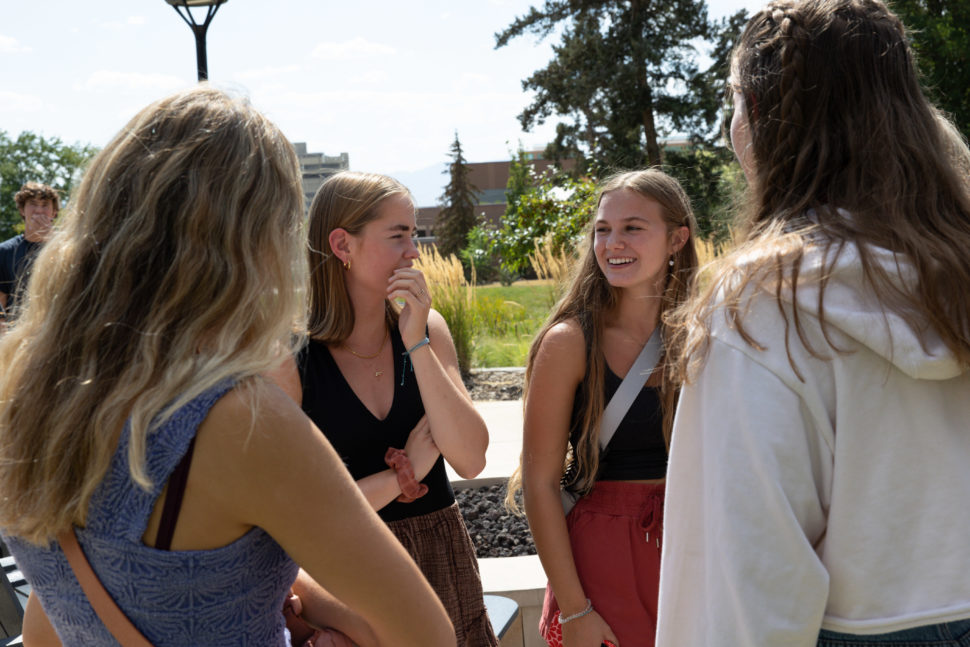 A group talks during the L7 Launch Party.

Resident Vivek Anandh is majoring in computer science. He is working with a partner to launch their startup, Pure Solutions. Their device allows users to easily test the quality of their water and see changes in their water quality over time.

“Living at Lassonde Studios has been great in large part due to the great community and the resources we have available to us,” Anandh said. “The maker space has particularly been useful in finishing products that require tools that I wouldn’t be able to find on campus otherwise.”

Lassonde Studios has been featured by publications from around the world, including The New York Times and Fast Company, and it was named by Architectural Digest as one of the nine best university buildings in the world. Visitors have come from around the world to learn about the building and entrepreneur programs managed inside.

The Lassonde Entrepreneur Institute has received about three times the applications as there are bedrooms every year since it opened in fall 2016.

Learn more about Lassonde Studios and apply to live here at lassonde.utah.edu/studios. 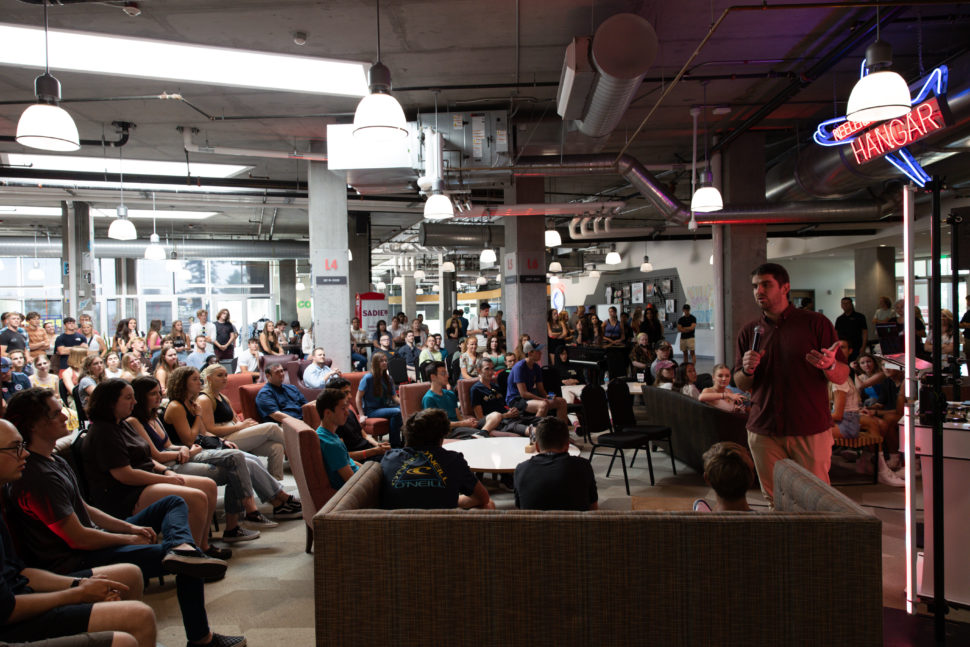 The L7 community listens to remarks during the annual Launch Party. 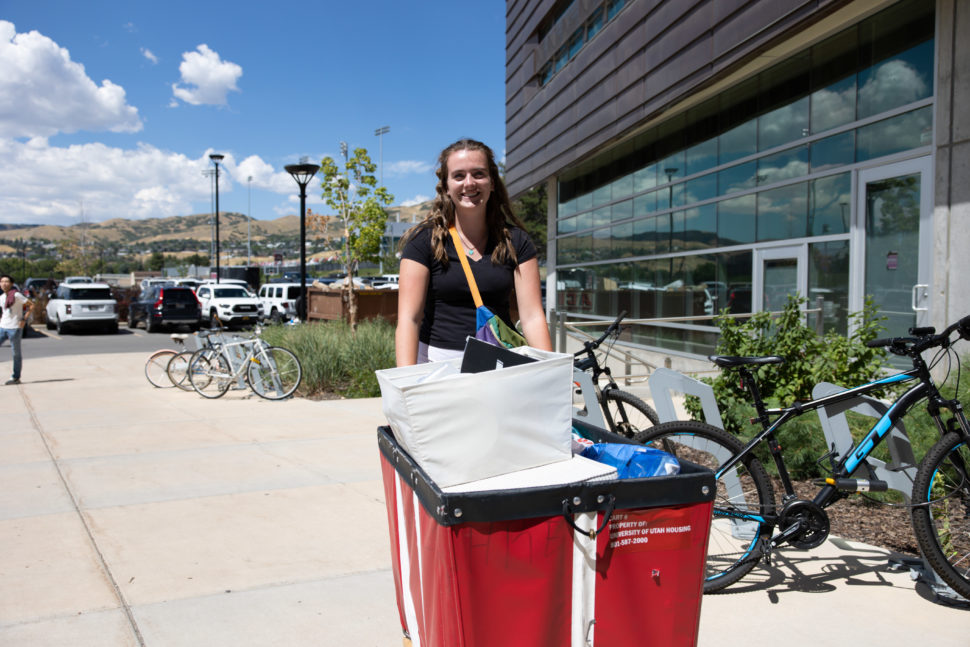 A resident arrives at Lassonde Studios during move-in week. 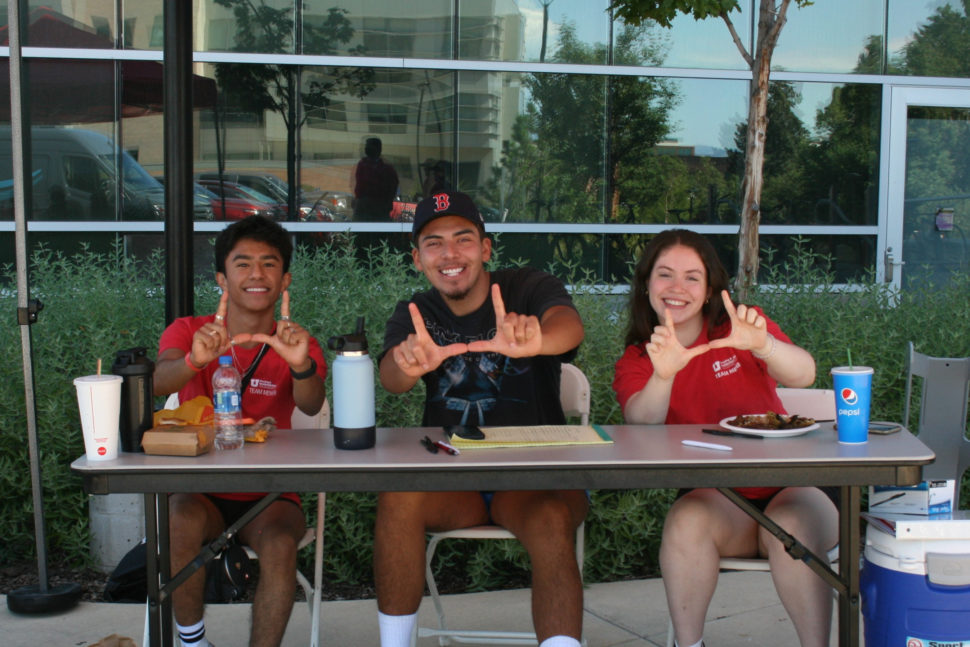 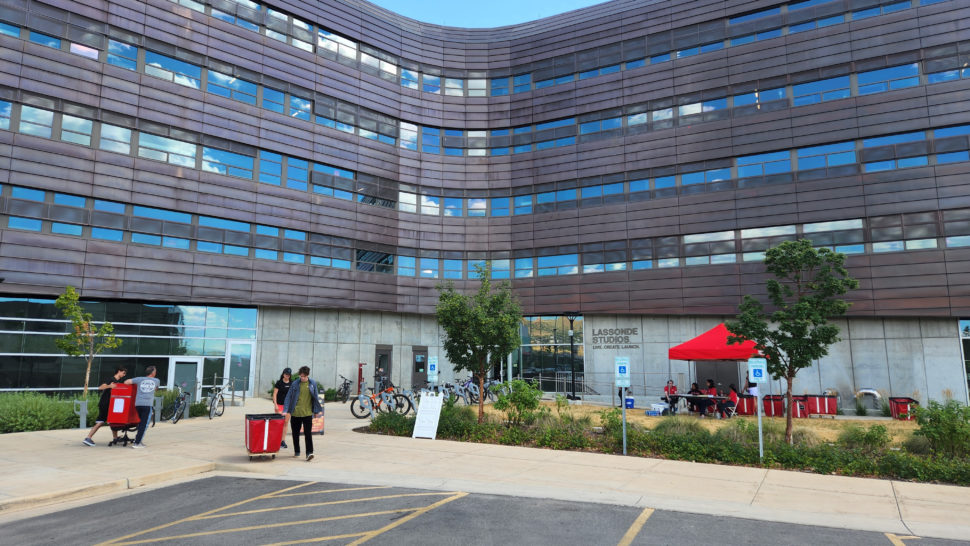