Being the chairman of the Make Program at the Lassonde Entrepreneur Institute looks great on a resume, but many other aspects of the role are even more rewarding.

Christopher Holland, a senior mechanical engineering student at the University of Utah and resident at Lassonde Studios, has been able to develop many professional and personal skills through his work in the Make Program, a space offered at Lassonde Studios where students have access to hundreds of thousands of dollars in tools and are able to collaborate on a wide variety of projects.

Holland has always loved building models and working with 3-D printers. He chose to attend the University of Utah specifically for the opportunity to live at Lassonde Studios and take advantage of the Make Program’s resources. 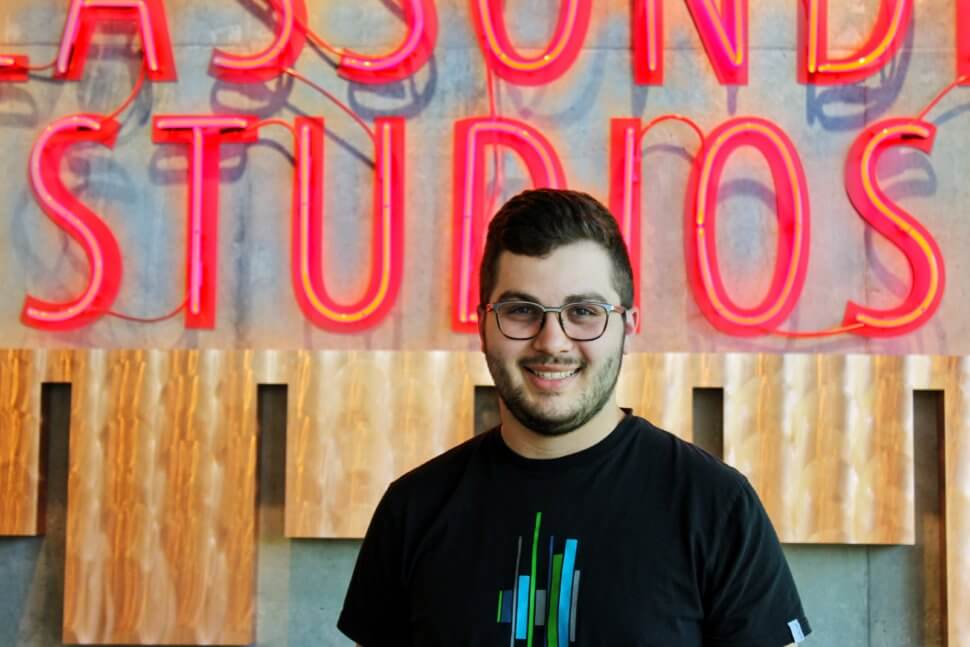 Chris Holland is the chair of the Make Program at Lassonde Studios.

Holland’s involvement in the Make Program is helping him solidify career and professional goals. He aspires to be a Walt Disney Imagineer, focusing on both the technical and creative aspects of engineering and business. Although he has been interested in this career path for some time, he said the Make Program has helped him realize even more that it is what he wants to do.

“Lassonde keeps me very busy, and since I’m busy, I do better in school,” Holland said, explaining how being involved at the Lassonde Institute has also helped him in his classes. In addition to being a place he can work on his own projects, the Make Program also supplies him with motivation to keep going, both in and out of class, developing engineering and life skills.

The experience at the Lassonde Institute has helped Holland build communication skills and allowed him to make connections with other people that he otherwise wouldn’t have. Holland even received an internship while teaching other students how to solder at the tables in the Make space.

“Everything here is spontaneous,” Holland said. “The random people who walk through this building are absolutely amazing. I’ve met everyone from Fortune 500 CEOs to professors from Oxford and everyone in-between. The connections that I have made here at Lassonde have truly set me up for a life of success.”

Learn more about the Make Program at the Lassonde Institute: lassonde.utah.edu/make.

About the Author: Cailey Rohovit