While many believe that computer systems are the epitome of impartial, a group of students in the “When Machines Decide” Praxis Lab at the University of Utah created an app that shows that algorithms, too, can be biased.

Justice.exe is a mobile app, available for download in the App Store and Google Play, that focuses on the involvement of algorithms in the decision-making processes in the United States’ justice system. The app presents various criminal defendants with background information — such as previous convictions, age, race, education and marital status — and asks the user to determine whether the maximum or minimum sentence is most appropriate. This process trains the computer system, which is constantly adjusting its algorithm model to predict how the user will sentence future defendants. At the end of the game, the computer makes decisions based on what the user has taught it.

This algorithm is a reflection of the real algorithms employed by justice systems across the United States, including the Utah Sentencing Commission, to make pre-sentencing decisions. The game’s intent is to educate through experience, immersing the user in a world that may have been overlooked or confusing before. 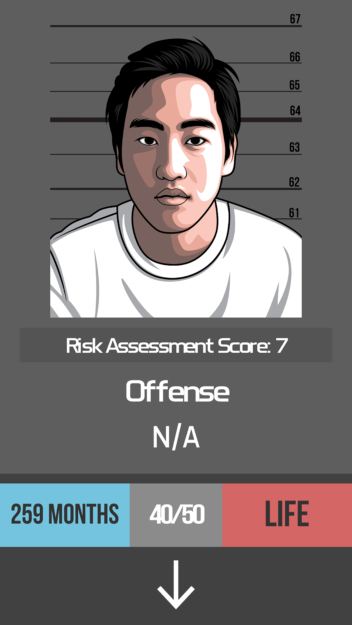 “We wanted to show how good intentions can get screwed up because of the nature of these algorithms, and the best way to do that was to put someone in the driver’s seat and watch their decisions go awry,” said Austin Anderson, a computer science student and one of the creators of the app. “You might look at a racist sentencing and think it was just the judge, or maybe a computer glitch, but when you are making these decisions, training a computer to think like you, and the computer learns the wrong things and makes harmful decisions, the impact is much more long-lasting.”

The app was almost entirely student-driven. Professors Randy Dryer and Suresh Venkatasubramanian instructed the class for the first semester and supervised the work during the second, but in the end, it was up to the team to create and launch the application.

“Most apps out there are serving a purpose for an individual: you have a game that entertains or a task manager that helps you track your tasks every day,” said Logan Erickson, an Entertainment Arts and Engineering student who also collaborated on the app. “Our app was to serve the community, to spread a message, to communicate something that we felt was important using an immersive medium.” 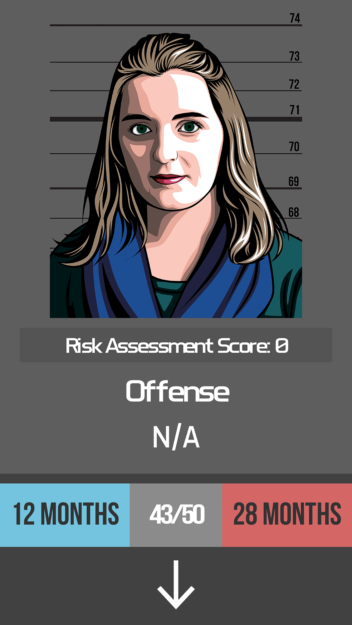 Find this article and a lot more in the 2018 “Student Innovation @ the U” report. The publication is presented by the Lassonde Entrepreneur Institute to celebrate student innovators, change-makers and entrepreneurs.