Looking back to when Lassonde Studios existed solely as an abstract idea, Troy D’Ambrosio, the executive director of the Lassonde Entrepreneur Institute, can vividly recall the process of selecting the building’s architect. For hours, he’d listened to different firms present to his team and show PowerPoints full of images of similar buildings they created. Then Mehrdad Yazdani and the CannonDesign team took the stage.

There was no portfolio or PowerPoint full of similar work that accompanied them. Instead, Yazdani stood and told the committee that he’d never designed a building like Lassonde Studios. In fact, given the university’s bold vision for the project, he was confident nobody ever had. “For Lassonde Studios to achieve its full potential,” he told the committee. “We’re going to have to create an entirely new typology of living/making/learning building.” Those words were music to D’Ambrosio’s ears.

“That was a real ‘wow’ moment for the project steering committee,” D’Ambrosio remembered. “I think we all wanted to create something remarkably novel that set a new precedent for entrepreneurial learning, but hearing an architect recognize that, and tell us with confidence we could do it. That was empowering, and we couldn’t wait to start working with his team.”

The 160,000-square-foot building combines four floors of student residences with a 20,000-square-foot Neeleman Hangar where students can live, learn and launch companies. It has helped the university quintuple the number of student-led startup teams on campus and jump to the top 10 for entrepreneurship in key rankings from The Princeton Review, Bloomberg and U.S. News & World Report. Leading media from the New York Times, Fast Company, Bloomberg, Business Insider, Entrepreneur, Architectural Digest and more have profiled the innovative building and its success.

As his buildings reflect, Yazdani lives and breathes art and architecture. Originally from Iran, he studied and honed his craft at the University of Texas at Austin and Harvard Graduate School of Design. Just three years after graduating from Harvard GSD, Progressive Architecture named Yazdani one of the world’s top emerging architects. His projects have garnered more than 90 major design awards, national media attention, and some of his work is held in permanent collections at the MoMA and SFMOMA.

Yazdani recently took time to sit with us to reflect on Lassonde Studio’s design, what it takes to create first-of-their-kind buildings and more.

Lassonde Studio’s success speaks for itself today, but what drew you to this project years ago when there were no assurances it would ultimately enrich entrepreneurial learning?

Yazdani: My team and I are drawn to projects that push us outside our comfort zones, and from the moment we learned of the vision for Lassonde Studios, we felt it could do just that, and we pursued it aggressively. Reading the RFP [request for proposals], meeting Troy and his team, we could sense an appetite to really explore new ideas and that only further fueled our interest.

During the design process, we’d often share multiple options at key moments based on our research, engagement and prototyping, and the steering committee was always open to our most radical notions. The university’s openness to be unconventional and push boundaries was so key to us being able to achieve what we did.

Our team always strives to break new ground with our work. That’s how you strengthen your creative abilities and grow as a designer. We felt from day one Lassonde Studios could be as rewarding for our team as it could for the University of Utah and its students. 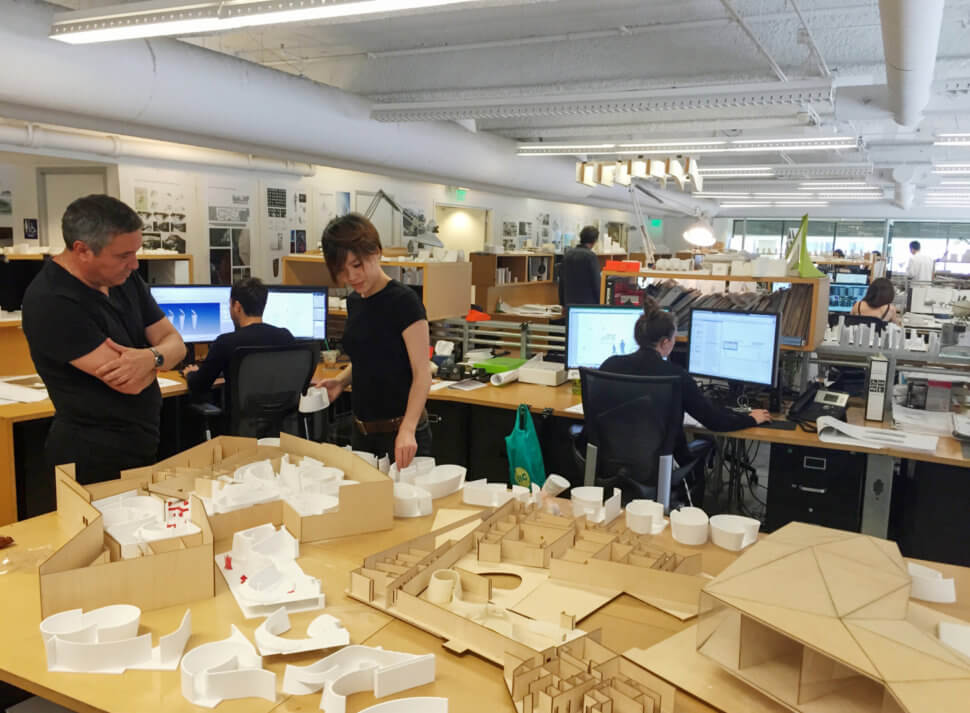 When you’re trying to create a building without precedent, where do you start?

The design process the Yazdani Studio of CannonDesign relies on ensures we don’t solely follow precedent or the past to guide future work. It ensures exploration, ethnographic research, deep user engagement, prototyping and time for creativity to surface. We rely on the same process for all of our work, whether it’s a new hospital, a museum or a learning space. That’s how we push ourselves to create buildings and spaces that break new ground for our clients.

Even your role in the architecture world is unique, can you explain the Yazdani Studio of CannonDesign?

Yazdani: When CannonDesign acquired my previous firm in 2000, we made the strategic decision to establish the Yazdani Studio of CannonDesign as its own laboratory for exploration and experimentation in architecture. We’re financially connected to CannonDesign’s global network of 20 offices and 1,000-plus people, but we’re operationally independent. We can pursue projects, research, explorative studies and technology usually outside the purview of large architecture firms. Usually, when firms acquire other firms, they just absorb their people and studios under their brand umbrella — so the Yazdani Studio is rare if not singular in the industry.

This allows us to offer the best of both worlds to clients. Whereas large global firms often lack the intense focus on design boutique studios can offer, and smaller firms lack the resources and subject matter expertise for many projects, we have both. This allows us to design a large-scale academic building one day, an immersive museum exhibit the next and really push the limits of architecture in exciting ways.

What is your team working on now?

Yazdani: More projects pushing us outside our comfort zones. There are a number of our design projects opening this year we’re excited about including Kaiser Permanente’s new School of Medicine, two residential towers in Dubai, along with exhibition space and a public garden for the new Museum of Tolerance in Israel. We’re also actively designing Santa Monica College’s new Math & Sciences Building and engaged in design planning for the Buffalo Niagara Medical Campus’ future.

We’ve talked about the ways Lassonde Studios has grown startups on campus and helped the university with national recognition. How do you define success for the building?

Yazdani: We’re thrilled to hear how the building is helping students, staff and the university. I still speak with Troy regularly and love hearing his stories about different companies and products stemming from the building. I’ve even been fortunate enough to present with him at SXSWedu when the project won their Learn X Design award, and take part in numerous media interviews.

While our team loves the way the building looks, and appreciates all the accolades and attention it’s earned, I think the ultimate success of the building is its ability to serve different purposes for different students. Together with the university, we created a building that empowers students to make it their own. For some it’s a home, for some it’s a lounge, for others it’s an incubator space, for many it will be where they build products, launched companies and met friends that changed their lives for the better. Lassonde Studios lets its users define their experience and lets them step outside their comfort zones. Knowing that, I feel we paid the remarkable opportunity to design this building forward, and that makes us all extremely proud.