A second-year Ph.D. student in psychology and Lassonde Studios resident at the University of Utah, Megan Glasmann has figured out a way to turn something as ordinary as tape into artwork. She started creating complex geometric portraits of landscapes and animals around the Studios. She made her first piece a few days after moving in: an elegant deer made from thin red tape on one of her exposed concrete walls. After posting a photo of the deer online she was immediately contacted by multiple residents requesting their own. She has made about 20 pieces so far, including portraits of elephants, sharks, mountains, lions and many more for fellow residents at the Studios. 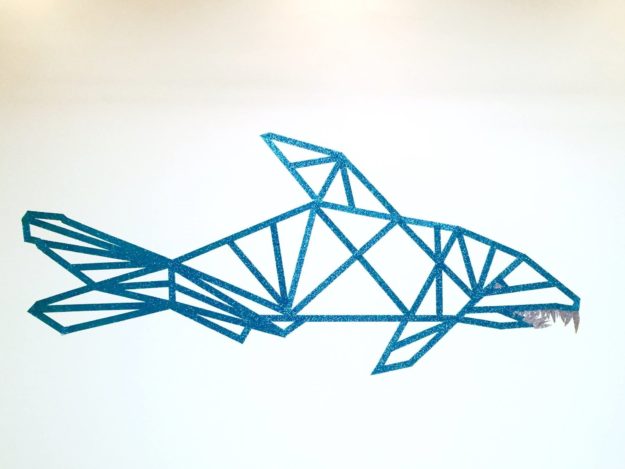 Glasmann graduated from the University of Utah with a psychology degree in just two years. Glasmann has always had an interest in art but never had the time to pursue it amongst her rigorous athletic and academic careers. She has experimented with paint, ink and charcoal in the past and plans to dedicate more time to the visual arts once her other commitments slow down.

Glasmann was originally inspired by other artists creating geometric pieces, and this lead to the decision to create her own technique. She sketches out a pattern beforehand, chooses which colors to use, then applies it to the wall. Each piece can take up to two hours to complete. Glasmann says her best work is often when it’s spontaneous, but by sketching it out she can make sure the client approves. So far, her favorite piece is still her first. “I like the deer the most because that’s where everything started,” Glasmann said. 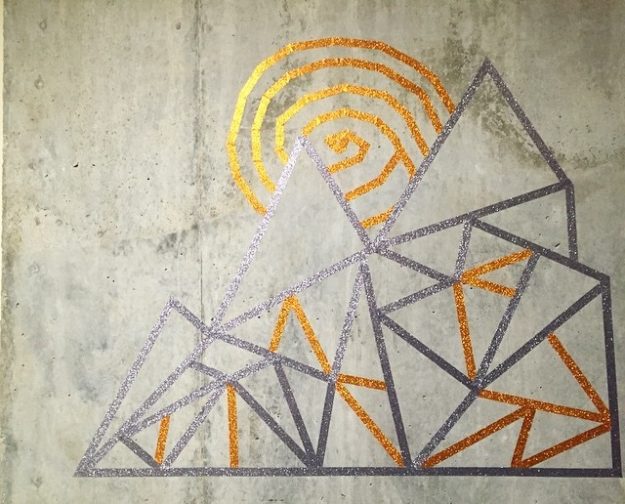 One of Glasman’s favorite parts about creating these pieces is meeting other residents. “It gives me a chance to network with other passionate students and create lasting installations,” Glasmann said. She charges only reimbursement for the supplies and tape she uses, making her services less of a way to make money and more of a chance to leave a mark. Although her art may be a small service now, Glasmann is hopeful that it may grow into something larger. She has already been contacted about doing pieces in California. 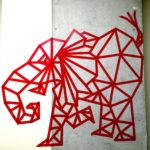 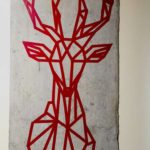 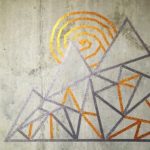 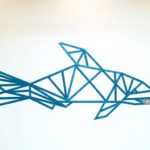 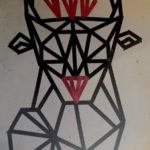 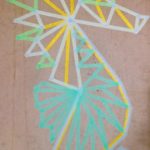 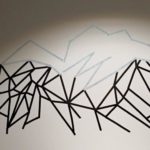 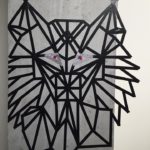 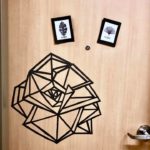 About the Author: Natasha Fisher