Students in the University of Utah’s Entertainment Arts Engineering (EAE) program work tirelessly to produce games, art and designs they can use in portfolios and publish online. Making a game is not an easy task and usually cannot be done by just one person; students meet in teams so the work is spread out, and everyone can find something in the project to call their own. Students, both undergrad and grad, tackle all areas of computer science, tech art, level design and more in creating their games. Here are examples of games they are developing: 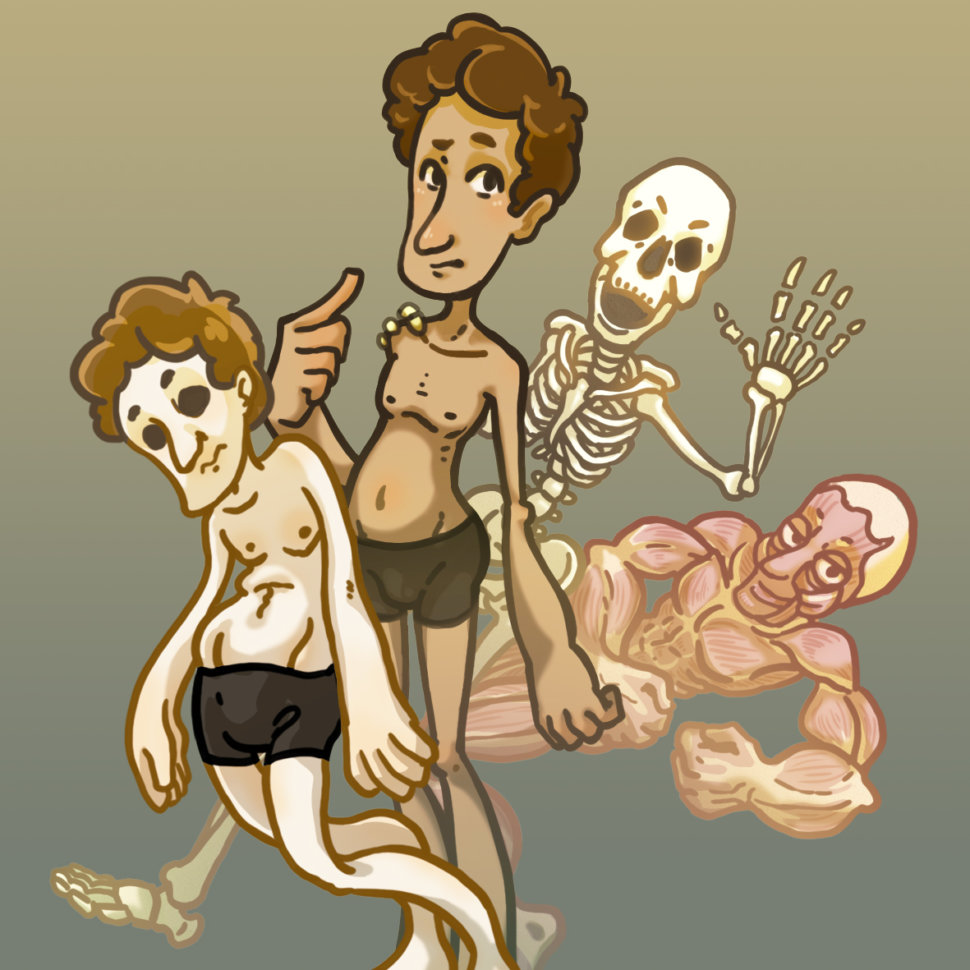 “Meaty McSkinBones” is a unique puzzle-platformer by EAE grad team Triplot that allows the player to take the role of three characters. The team wants to create fun, quirky gameplay so the player has an enjoyable experience.

The game begins when the main character, Froy, sees a newspaper ad for a device that can put him in three places at once. When things go wrong, he becomes Meaty McSkinbones and tries to put himself back in one piece. The team’s focus in the game has been art and collaboration. The game is supposed to be bright, happy, almost Disney-like in the feel of art and gameplay.

As the team progresses, they are focusing on teaching the player how to play the game and solve the puzzles. Through an iterative design process, the team begins with a level template to rough out each level, then builds the basic level in Unreal Game Engine. After the level is built, they bring in testers from the EAE department for feedback on flow and puzzle readability. Making puzzle games is quite the process!

The team plans to release “Meaty McSkinBones” on Steam when they finish the game in April. Students at the University of Utah can also expect to find the game at EAE play day in April. The team is hoping to release the game on the Nintendo Switch. 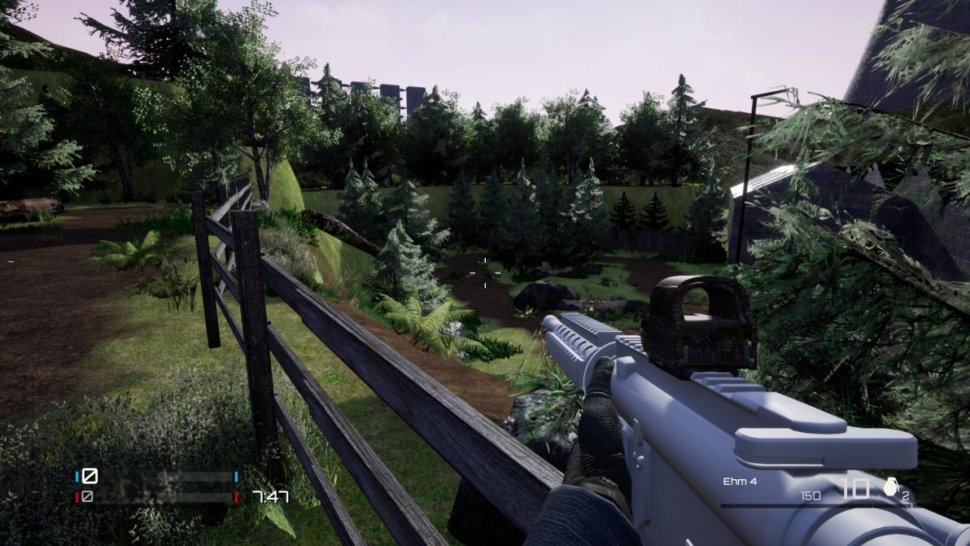 Started in May 2018 by Christian Roy, Da Bois is a team of 11 students working on making a first-person shooter in the Unreal Game Engine. Game engines are programs that provide resources and assets to build a game, so the team does not have to start from scratch.

“FPS Boiz” is meant to replicate other first-person shooters like Call of Duty 4, and pushes the team’s skills in networking, environmental art, design and more. “We want to further develop our skills beyond EAE into the game world,” said environmental artist Brad Kloos. The team wants to move away from smaller, unique games to create a more AAA similar game, or a game that follows the design practices and mechanics of a larger company.

“FPS Boiz” has a planned release in June 2019 with three game modes and four maps. The game is going to be available through the video game distribution platform Steam. 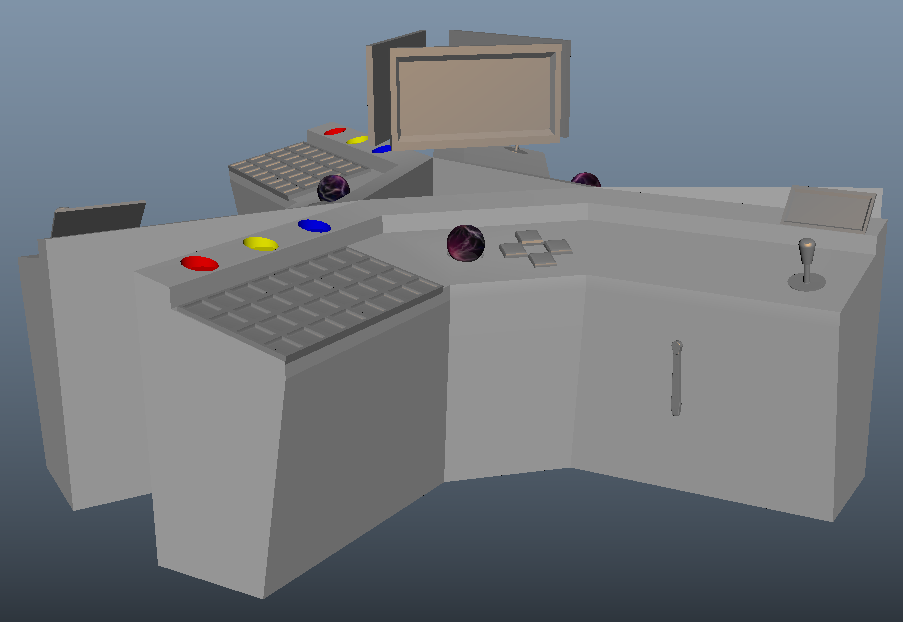 EAE team Tankazord’s current project, “Mechromancy,” allows players to share resources and interact with the game in a new, highly immersive experience. The team of 11 grad students are working on an alternate control game, where instead of typical computer hardware, the player has their own physical command center made for them to use specifically for playing. “Mechromancy” has required a focus on electrical engineering beyond typical game programming required for development.

The gameplay follows three players working together as drones to gather resources and survive in a hostile environment. Gameplay is through physical player interaction with hardware known as command centers, which currently feature six unique controls and interactions, such as a grid-based targeting system and a flight stick. As a three-player game, team members are required to interact in the physical world to trade resources in the virtual world.

The controls may seem hectic, and that is what the team wants. As the game progresses into harder difficulties, players are required to move from more leading to more frantic game-play. The team is making the game for the 2020 Game Developer’s Conference, which has a showcase on alternative control games. “Mechromancy” will have a playable build at the EAE play day in April and will also be available on Steam when released. 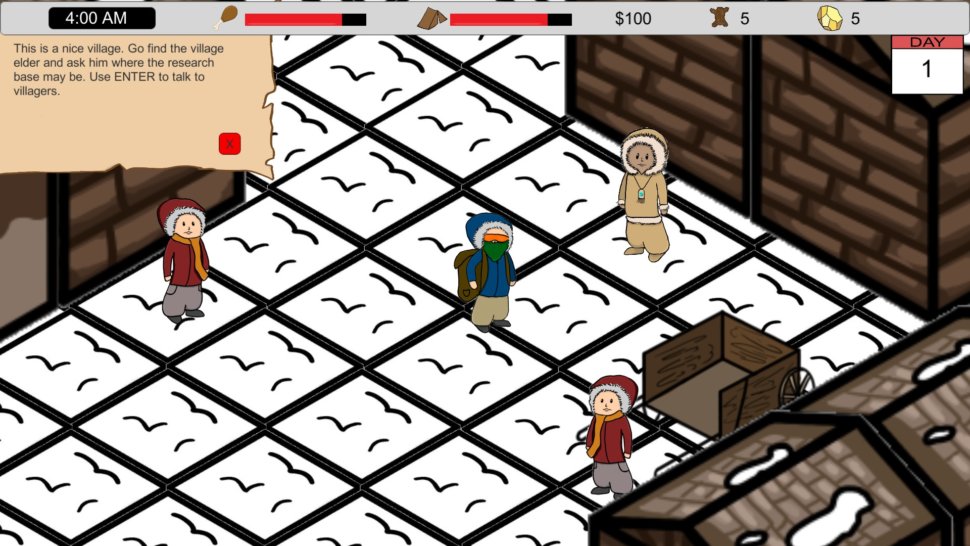 Facing cold weather, debilitating hunger and a horde of bandits, players in Clockwork Forge Games’ “Hyperborean Charter” must explore Canada’s cold Klondike region and deliver a supply package to a research base before time runs out.

A major emphasis for the game was in its generative structure and interactions with other characters in the Klondike. The world is procedurally generated, meaning that the map the player explores is built by guided randomness rather than constructed manually by the team. Throughout the world, the player can find villages where they learn about the landscape and trade for supplies. Random events can also pop up for a short time around the world, where players can gather resources, talk with other characters and learn the lore behind the game.

A primary focus in developing the game was to gain experience in publishing and exploring team members’ interests. Artists experimented with isometric view as the programmers tackled procedural generation, event spawning, and dialogue. 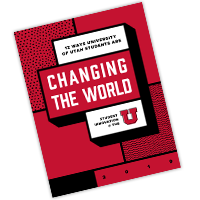 Find this article and a lot more in the 2019 “Student Innovation @ the U” report. The publication is presented by the Lassonde Entrepreneur Institute to celebrate student innovators, change-makers and entrepreneurs.