When Joseph Arrington was a child, he dreaded sleeping. Arrington, a University of Utah graduate with an MBA, has suffered from various sleeping disorders, like sleep paralysis and sleep terrors, since his youth and, as an adult, he wanted to find a new solution to the parasomnias.

His answer was a company — Beacon Sleep Solutions — and he is developing the idea with a team of other students and support from the Lassonde Entrepreneur Institute.

“As a kid, I had always wished that there was a way that someone could wake me up,” he said. “During my early years of college, I was in a physiology class where we were talking about biorhythms during sleep. I started thinking that if you could see the biorhythms of somebody while they sleep, you could see what the biorhythms are when they have an episode, and then you could get something to intercede.”

Arrington started preliminary research on the idea, but hit a major roadblock when the need for an engineer arose.

“I sat on the idea for a few years, and while I was doing my master’s, I realized that there was really something here,” Arrington said.

In 2017, Arrington met Mica Sloan, a BS/MS biomedical engineering candidate at the U, who had engineering and business skills proven in previous startups at the Lassonde Entrepreneur Institute. The team now has three members: Arrington, Sloan and Pace Cranney, the lead developer and project manager for Beacon, and a recent graduate of a master’s of biomedical engineering program at the U.

Together, the team is developing an app, dubbed the Dream Defender, for use on Apple Watches and iPhones that could wake up an individual experiencing what Arrington calls an “episode,” or parasomnia event, such as a sleep terror, sleep paralysis or sleepwalking. While the app can build a user profile and begin to track and respond to episodes, Beacon Sleep Solutions plans to offer even more. 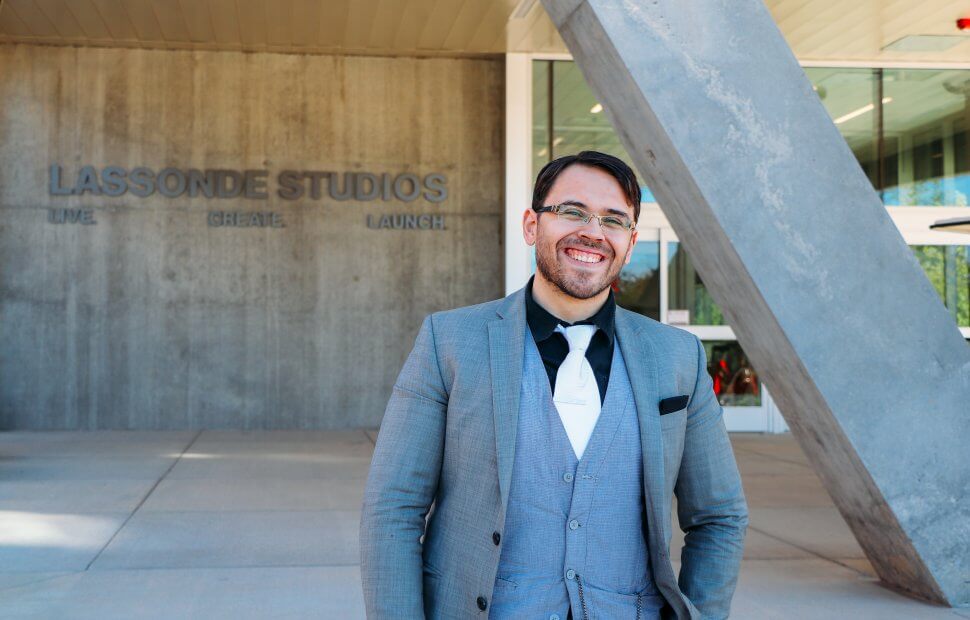 “The Dream Defender is our preliminary product,” Sloan said. “It will gather more data that will be used to inform our physical hardware, the Beacon Sleep Shield.”

The Shield negates the need for an Apple Watch and is predicated by the team to be about half of the cost. Worn like a watch, the Shield will not only respond to sleep episodes through vibrating and sounding off to wake up the wearer, but should also be able to predict and prevent the episodes before they occur.

“Ultimately, the goal is to start releasing the Beacon Sleep Shield, which will be more robust than the Apple Watch and iPhone pairing, and focused more on the task of waking people up,” Sloan said. “All space on the Shield will be used for battery packs, speakers, the vibration equipment, telecommunication, and more, all built for the purpose of waking and tracking. We’re going to start with user data derived from the app to design a general machine learning algorithm that will train itself to detect when an individual is having an episode, We’re hoping to cut the price in half, so that it’s way more accessible for adults and for parents trying to help their children.”

For Arrington, hope is the most important thing his company could offer.

“We want people to think of a beacon in the distance, showing that there is a solution, especially for people with some of these parasomnias who feel like there is no solution,” Arrington said. “One of the main treatments that physicians are trained to give to people with these conditions is simply to console them and help them cope with their situation. We want people to know that we can offer more.”

Beacon Sleep Solutions is in the process of alpha testing their Dream Defender app now. If you or someone you know is suffering from a sleep disorder and has any smartwatch and an iPhone, Beacon is currently recruiting people on their website for clinical trials.

“We’re very grateful for the help that Lassonde has been able to give us,” Arrington said. “We started on our own, totally independent, and we decided to jump in to participate in Opportunity Quest and Utah Entrepreneurship Challenge last year, and now we’re in Rush to Revenue, and very excited for all of those prospects. The sooner we have this data, the sooner we’re able to help those suffering worldwide.”

Learn more about joining Beacon Sleep Solutions’ research on their website at beaconsleep.com. 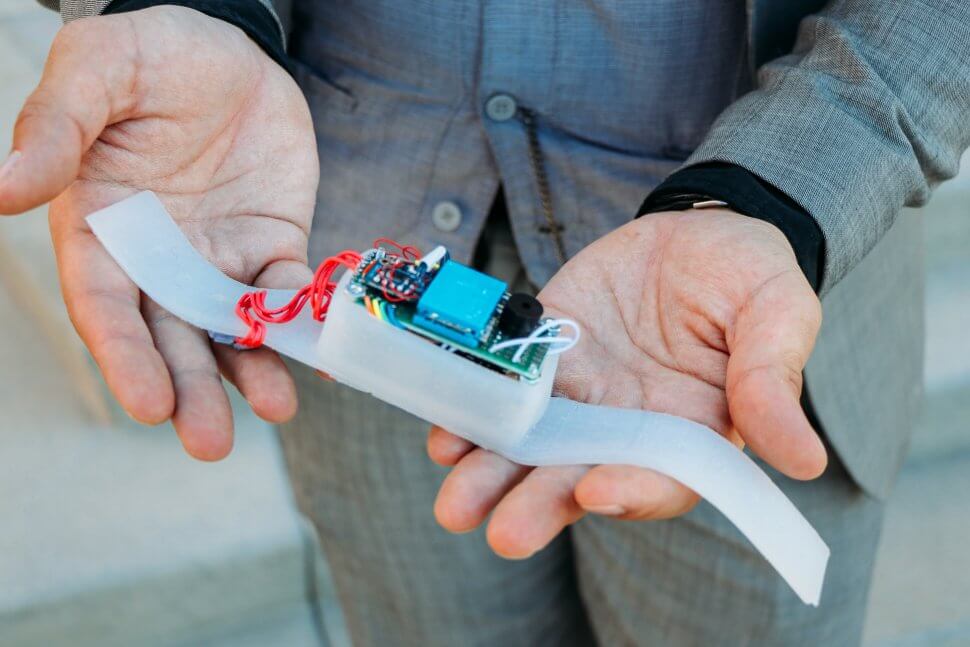 A prototype for the Beacon Sleep Solutions device