If you asked an average college student, “How do you spend your free time?,” you will usually get the answer, “I have no free time.” However, if you ask Aaron Hsu and Kepler Sticka-Jones, the founders of Blerp, the same question, they will tell you that they are working to build “the world’s biggest soundboard app.”

Hsu and Sticka-Jones are two University of Utah computer science students, who met at Lassonde Studios. Over the past couple months, they have been constructing a product that makes finding and sharing soundbites from movies, TV shows and other media sources extremely easy. Sticka-Jones explained: “We essentially started out wanting to make a app that lets people send funny movie quotes to friends.” People already reference movie quotes within real conversation, so this product seems like something people would use. Hsu added: “As we kept building the app we started seeing that the soundbite industry is completely broken. I got really excited because we could really be the people to step in and fix it.” With Blerp, any person can now search for funny audio clips and use these clips in conversation on all the major messaging platforms.

Hsu continued explaining the origin of the company: “I honestly bumped into Kepler at a Lassonde Entrepreneur Institute event. I had been holding onto the idea for a while, but during that week in particular I was getting a real strong feeling to get the app started. I had so many responsibilities that I did not think I could execute the idea alone. I met Kepler with the impression that he seemed really cool. I told Kepler to meet up with me to see if he was interested in pursuing an idea with me. After telling Kepler the idea, he immediately joined me as a founder of the company.”

The idea first came to Hsu after he built a soundboard app featuring actor Shia Labeouf. This app played funny sound clips of the Labeouf and was downloaded over 40,000 times. “This is a product that was literally created by going on YouTube downloading the audio of a video and stuffing it into an app,” Hsu said. “I put ads on the app, which paid for my rent for a couple of months and helped me buy some groceries. This same app helped me land my internship at a local education technology company called Instructure. Seeing the traction that not only my app got, but also clones of my app had received made me realize that there could be a huge opportunity in sound board apps. Before finishing the app many people of all ages come to us exclaiming that their family talks in movie quotes all the time. They always follow the comment by saying they would love using our app. We are excited about Blerp because so many other people are excited about it.”

Hsu and Sticka-Jones believe the University of Utah needs more tech startups. Hsu said that it’s a risk to work on an app like Blerp. “People might thing you’re crazy, and in the end, I probably am crazy,” Hsu said. “I mean come on – who else spends hours a week making sure that your phone can play funny audio clips?”

Now that their app is out on four platforms, they are working to polish bugs, add features that users want and find ways to grow our audience. The challenge now is figuring out how they can market their experience to as many people as we can.

People ask them if they struggle with money. Kepler answered: “Yeah, definitely. I am 19, and Aaron is a broke college student as well.” But they have been fortunate to be funded by Lassonde Institute’s Get Seeded program a couple of times. However, they never asked for much money. Being two computer science students, they are able to cover most of their development costs. Hsu said he has slowly dipped into his bank account for various expenses, but Sticka-Jones and him are trying to be as lean as possible. “We hope that we can bootstrap our little college project until the growth of server costs become unbearable,” Hsu said.

During the last Get Seeded pitch event, Hsu told the crowd: “With Blerp we are on a mission to push forward a movement. A movement to show people that the University of Utah can start cool consumer based tech companies.” When asked if he thought what he said was really true, Hsu responded: “Yeah, I believe we have a fun product and a great team. If the excitement in our product continues, I believe that we can turn our little dorm room project to a billion-dollar company. No one on the team has a strong business background, but it’s exciting because we have both learned a lot from starting Blerp.”

Blerp is currently available online, on iOS and Android. You can help team Blerp by downloading the apps and leaving a nice rating. 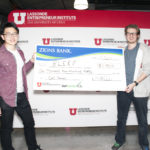 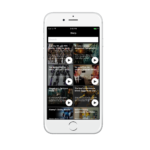 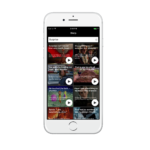 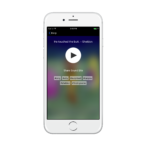 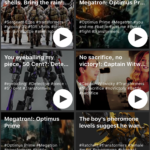 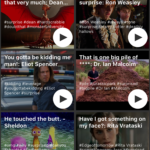 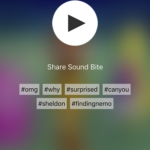 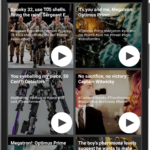 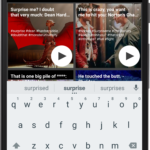 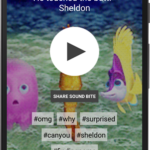 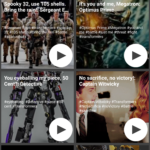 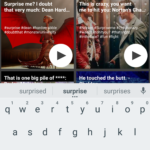 3 thoughts on “Blerp: App for Sharing Your Favorite Soundbites”