The Blerp app has developed a new chatbot that is gaining popularity. The company, which launched at the University of Utah with help from the Lassonde Entrepreneur Institute, released the chatbot on Discord, a communication platform used heavily by gamers to voice chat while playing games with friends, family or, if they’re lucky, celebrities.

The Blerp Chatbot allows Discord users to add move quotes, song lyrics and memes to any conversation. Within the first three weeks on the platform, the Blerp Chatbot was been invited to over 100 servers reaching and being used by over 100,000 people.

The Blerp Chatbot is a platform extension from the Blerp app, which provides a search engine for your favorite soundbites. Blerp was created by former University of Utah computer science student Aaron Hsu, current computer science students Jaden Holladay, Greg Rosich and JoCee Porter. The Blerp team used many resources at the Lassonde Entrepreneur Institute to create this chatbot, including Company Launch office space, where the code for the bot was written in only a few weeks. 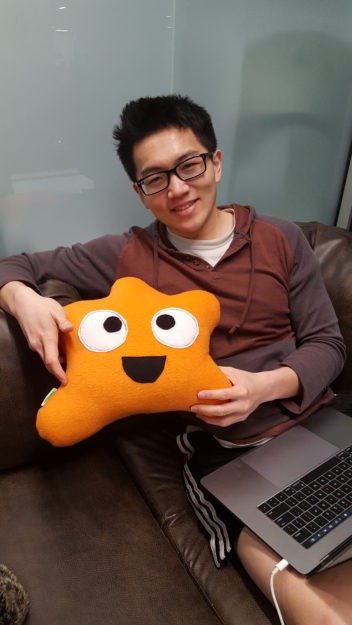 The chatbot is easy to use: simply type in “>blerp” along with the quote you want.

For example, when your brother is bragging while playing Fortnite with the squad, you can type in “>blerp La de Freakin Dah” and Chris Farley will enter the conversation with his famous Saturday Night Live line (click here for the soundbite link).

With over 10,000 sounds, movie quotes, memes, and song lyrics, there is an appropriate Blerp for any conversation. Now you can debate for hours whether you heard Laurel or Yanny.

Interested in having the Blerp Chatbot on your Discord server? Learn more here: https://blerp.com/discord.