In the fall of 2015, Cavin Nicholson returned to the University of Utah to study business administration after a seven-year break that began with the start of his first company, Coalatree Organics. After years developing the outdoor apparel company, Nicholson sold his share of the company and decided he wanted a deeper education before starting up his next venture. Upon returning to the University of Utah, Nicholson took courses in entrepreneurship, accounting, statistics and got involved with the Lassonde Institute at the all-new Lassonde Studios. What started out as a “quest for a piece of paper” turned into a rich experience. “It helped me fine-tune and develop skills I was lacking to be as successful as I wanted to be in my first venture,” he said.

At the U, Nicholson worked with students in the engineering, theater, I.T., statistics and marketing departments to bring his new dream to life — Boundary, a company that is dedicated to creating technically innovative and sustainable products. The company is developing backpacks and similar products that have a modular construction, allowing them to be customized on-the-go.

“It was inspiring to surround myself with students who were passionate, educated and had more knowledge than the factories I was working with,” he said. “I got to know the students around me and constantly bounced ideas around because the environment at the U pushes students to develop, prototype and test new ideas. It was key to launching Boundary.”

The facilities at the Lassonde Institute helped Nicholson develop samples “in-house” and sped up the prototyping and testing phase of Boundary’s project. After 17 months of exploring the University’s fabric selection, laser cutting magnetic buckles and working with students, Nicholson’s dream was brought to a reality on Kickstarter. Within a few weeks, Boundary has raised over $600,000 in funding for it’s innovative, modular Prima Pack and is continuing to gain momentum.

Learn more about Boundary on this Kickstarter page or on the company website at boundarysupply.com. 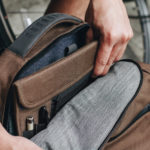 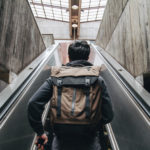 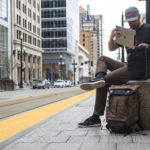 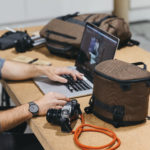 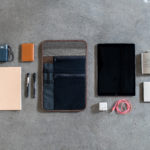 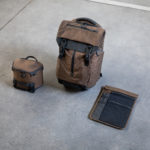 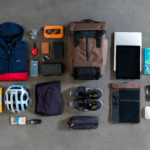 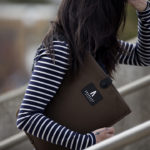 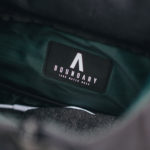