Salt Lake City has some great restaurants to offer. Who doesn’t love the Red Iguana, Even Stevens or Cafe Rio! But there is one thing we’re missing. Crepes! Jordan Nilsson, a business administration major at the University of Utah, noticed a serious lack of restaurants serving crepes in Salt Lake. After visiting restaurants in other states and South America that served the dish, he began to think about how crepes would be a cost effective and simple meal to serve in a restaurant of his own.

First, he needed funding. He applied for the Lassonde Institute’s Get Seeded funding program. He won two rounds, first for $1,700 and then again for $3,300. With the first round of money Nilsson bought a food cart. The second round that he won more recently will be spent on getting his business up and running. “The Get Seeded grant program has changed my life,” Nilsson said. Not only has he won seed money from the program, he has also judged rounds in the past. Judging gave him the chance to see what makes a business idea great and helped refine his own ideas. 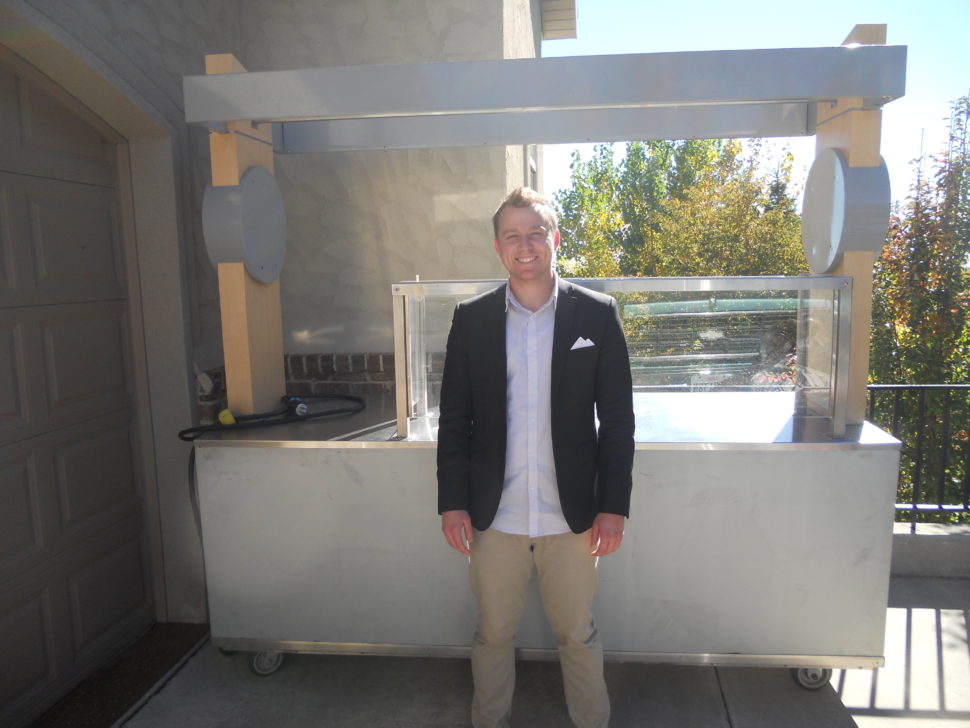 To test recipes and production techniques, Nilsson hosted a few events on campus. He gave out free homemade crepes in exchange for feedback from students. At these events he handed out more than 200 crepes and got almost exclusively positive feedback, as well as requests for a permanent crepe vendor on campus. Nilsson also catered a wedding for free to practice making crepes. One attendee told him that “people couldn’t keep their hands off the crepes!”

Looking back, Nilsson recalls that he has always had an entrepreneurial attitude. Although this is his first business startup, he has had experience with sales in the past. He loves building customer relationships and bringing his ideas to life. Something Nilsson recommends to anyone hoping to get involved in entrepreneurship is to read as many books as possible. “The most successful people in the world read books all the time,” Nilsson said. To share this tip with other students, he hopes to start a book club to share ideas and learn from peers. He also believes that everyone should start a business at some point. Whether or not it’s a success, you can learn invaluable lessons just from pursuing an idea you’re passionate about.

About the Author: Natasha Fisher