Utah is home to some of the world’s most popular skiing and mountain biking, but for years, people have been using imperfect – and sometimes unusual – means to get their gear to the mountains. University of Utah entrepreneurship student James Linton and co-founder Charles McNall, a professional engineer, believe they have the answer.

After seasons of experimenting with different ski and bike racks, Linton and McNall designed and brought to market a new, family-family adventure rack: the Chuck Rack.

“The idea is that a family can, with one lightweight and storable rack, carry six bikes or eight pairs of skis with a fully loaded vehicle to wherever they want to go,” said Linton, a sophomore at the David Eccles School of Business. He is also the director of the Entrepreneur Club at the University of Utah’s Lassonde Entrepreneur Institute.

The Chuck Rack is a modular trailer-hitch-mounted rack system designed to carry everything from skis to bikes to camping gear. Each part of the modular rack can be installed separately and each weigh less than 20 pounds – because those who’ve experienced it know that installing a 60-pound vertical bike rack is a pain. It also utilizes different easy-to-store attachments for different activities, like a bucket-style holder for skis or a patent-pending attachment to vertically carry up to six bikes.

Linton is the head of marketing and creator of Chuck Rack’s brand. Their first product, the Chuck Bucket Ski Rack, raised over $72,000 in pre-orders mostly through a successful Kickstarter campaign on the heels of his marketing efforts.

“It was crazy at first,” Linton said, “since I essentially had to learn what to do from scratch, by asking a lot of people, reading books, and watching a ton of YouTube tutorials. I remember attending the Entrepreneur Club when we first started to design our Kickstarter, and I just had so many questions for the other entrepreneurs about how they built a brand.”

That help, he said, was instrumental in getting the Chuck Rack’s marketing efforts off the ground.

The company used the funds raised from their campaign to purchase their first batch of Chuck Buckets and plans to use further crowdfunding to fund new attachments and upgrades. The company shows no signs of stopping, and so far, consumers’ reception has been positive.

“It’s awesome to hear from people that get their racks, and they just love how convenient it is for them,” Linton said.

Linton and McNall hope to eventually compete with the likes of Yakima and Alta Racks as they expand their product line. Future ideas include a van shower attachment, surfboard attachments, kayak attachments, and more. The company is now working on their bike rack attachment, which they expect to launch in September, 2022.

Learn more about the Chuck Rack at thechuckbucket.com. 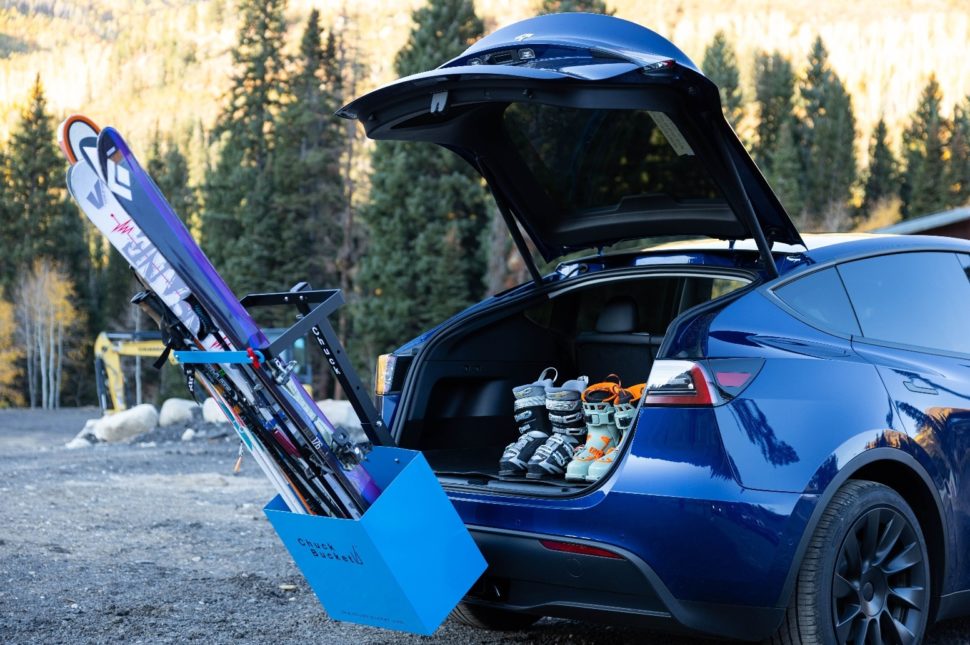