An estimated 22.4 million colonoscopies are performed in United States each year. To perform an effective colonoscopy, the patient’s colon must be cleared of any organic material. However, according to biomedical engineering freshman Tobi Yoon, that isn’t always the case.

“Twenty-five percent of those patients don’t complete their prep or show up to their operation with organic material in their colon,” Yoon said. “Colonoscopies are a visual process – the gastroenterologist inserts a camera into the rectum and looks for polyps, which are precancerous nodes. If they can’t see those polyps because they’re blocked by organic material, they could potentially miss colon cancer.”

Yoon’s interest in solving this problem was sparked while she was in high school, working at a local hospital under a gastroenterologist. There are many reasons why patients don’t complete the standard “prep” for a colonoscopy, which includes abstaining from food for one to two days. For one, the patient is required to consume Miralax and 64 ounces of Gatorade in intervals, which makes many patients incredibly nauseous, sometimes to the point of vomiting, which forces the process to start again. The prep can also be overwhelming, leading patients to ignore or forget the instructions and videos. However, more often than not, patients just get hungry, and eat whatever they want. ColoClean is the solution.

“ColoClean itself is a trifecta of solutions to combat these three issues,” Yoon said. “It’s an all-in-one kit that combats the nausea, the forgetfulness and the hunger.” 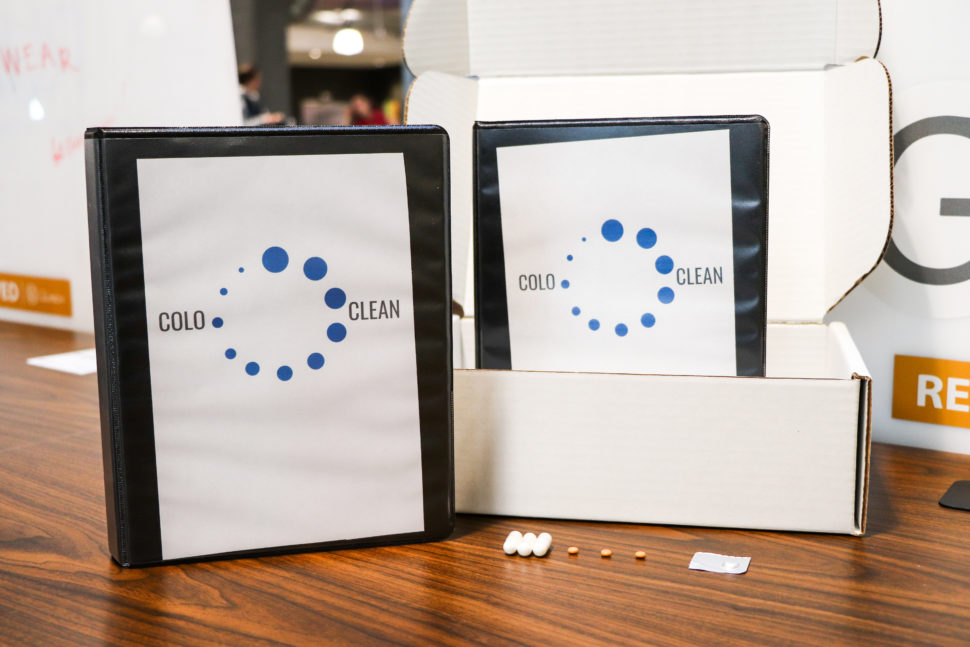 ColoClean is a colonoscopy prep kit, that comes with anti-nausea medication, Miralax-type powder that has been condensed into pills and a colonoscopy-friendly cookbook. The pills contain a different active ingredient, magnesium citrate, which necessitates less laxative to be consumed.

“The end goal is almost like Blue Apron, but for colonoscopy prep, where you’ll receive this meal plan, like TV dinners that you can consume and stay satisfied while perpetuating your prep,” Yoon said. “Ultimately, the goal of ColoClean is to increase patient compliance.”

After winning Bench to Bedside, a competition where students are given grants to develop their health-focused products or applications, while a senior in high school, Yoon and her partner, Chloe Fleischer, competed in the High School Entrepreneurship Challenge (HSUEC) where they took home the grand prize of $5,000. ColoClean is also participating in the Company Launch program at Lassonde Studios.

Now, their focus is on bringing the product to market. Yoon hopes to have clinical trials in the works within the next year, and to soon begin selling the ColoClean packages to gastroenterologists, pharmacies and consumers.