Decheque is a student-run startup aiming to change the alternative investment industry. Started in March 2019, Decheque matches investors with hedge funds in hopes of increasing access to the private investment industry. The founder, Andrew Pignanelli, a finance major at the University of Utah’s David Eccles School of Business and resident at Lassonde Studios, has been trading stocks for 3 years.

The idea came up after a friend, a hedge fund manager, was discussing the issues with running a hedge fund. “I went up and talked to him, and he started telling me about all these problems with raising money,” Pignanelli said. “I come back to him a few days later and gave him the pitch. He loved it.” Pignanelli joined forces with is friend, Woodrow Sun, a mechanical engineering major at the University of Alberta, in April.

Pignanelli sees problems for both investors and investment funds. “Funds can’t market to investors because their methods don’t scale,” Pignanelli said. “You can’t expect a small fund of three people to make 200 calls a day while also managing all of their existing money. It just doesn’t work. Because of this, the vast majority of investors don’t get any calls and can’t discover funds.”

Pignanelli believes Decheque can solve these things. “People can be connected online now, especially with something like this,” he said. “We’ve already seen this method have success with Linkedin and Angellist, so I figured – why wouldn’t it work for finance?”

Decheque uses an algorithm to match investors with funds. They then give each pair a compatibility score, to better facilitate the best connections. “We’re essentially building a dating app,” Pignanelli said. “When signing up you’re asked all of these questions. Things like risk tolerance, investment focus, financial goals. And our program takes all of these and shows you exactly what you want.”

Decheque has the goal of creating more access to the private investment industry. “So many people want to invest in hedge funds but they don’t get contacted,” Pignanelli said. “And so many funds want to talk with investors but they don’t have the means. We’re going to change that.”

Pignanelli believes the Lassonde Entrepreneur Institute at the U contributed significantly to the founding of the company. He applied to the High School Utah Entrepreneur Challenge with an early concept of the service. After that, he used resources from the institute. “All of these people [from Lassonde] were helping me either directly or connecting me with people who could help me,” he said. 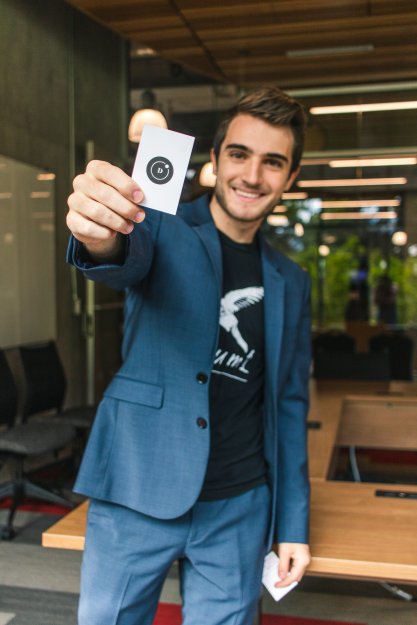