Although only entering his first year of college, Rohovit recognized the great opportunity available to him at Lassonde, saying that “it felt like a waste to live here and not do anything with it, so why not go for it? Don’t be afraid to jump in and get involved.” Rohovit, a self-described introvert with a background in martial arts, explained that while he entered college with no formal business experience, he quickly found himself drawn to the idea of app development, seeing a need for cohesion between existing user interfaces and social media platforms. Rohovit sought to create an app to instantly connect people to all of these platforms, joining forces with two other first-year students and Skyline High School graduates Adam Shelton and Matthew Beseris.

An idea that originated in Lassonde Studios, Index is an app with the intention to change how we conceive business cards. Unlike the paper printed cardstock of business past, Index uses QR code scanning to instantly add a new contact’s information and social media handles onto an individual’s phone. This simplified business exchange removes human error and reduces environmental impact, all while acting as a gateway for individuals to connect on platforms such as LinkedIn, Facebook, Instagram, Snapchat, Spotify and still other platforms. 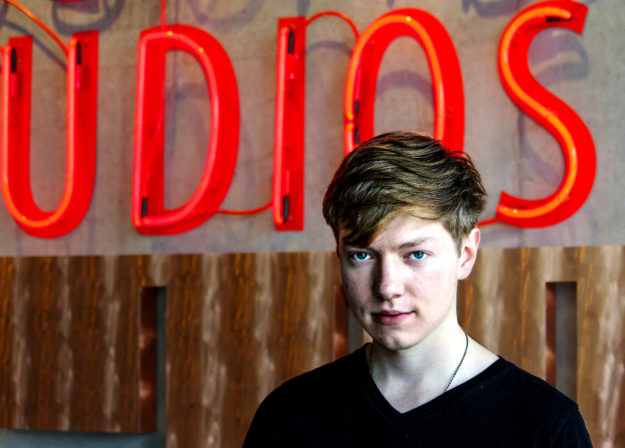 Taren Rohovit is a Lassonde Studios resident and founder of the Index app.

Designed with college and professionals in mind, Index is expected to become popular especially among the real estate and entertainment industries, where networking is fast-paced and essential to success. Index has the potential to remove the hassle and awkwardness associated with meeting new people on college campuses as well, making exchanging numbers for group projects that much easier.

Rohovit, along with his team, have begun taking steps toward making Index a reality by running beta testing on the IOS version of the app with some 70 beta testers. Android development is in process with the help of Caleb Allen. Together, these four first-year students have the potential to make sweeping changes to the way the world thinks of business cards. The app will be available to the public August 2017.

Index recently received help from the Lassonde Entrepreneur Institute at the U, through a grant awarded by the Get Seeded program.