Building on her technical and startup experience, Tina Ziemek (Ph.D., School of Computing, University of Utah) founded her own game studio  —  Last of Five  —  and incubated it at the Lassonde Entrepreneur Institute’s FoundryUtah. In our profile of Tina earlier this year, she detailed the inaugural project from her studio, the “digital playground” of Miramonte Park. We recently followed up with Tina to discuss her progress, and to learn more about her current crowdfunding campaign for the project on indiegogo.

How did your previous work designing and building games shape your approach to your new project, Miramonte Park?

For over 10 years I’ve been researching individual differences, spatial skills, play, learning, games, and user experience, and doing youth outreach. I’ve spent the last four years making games for other companies, including SimCity designer Will Wright’s Stupid Fun Club. Will appreciates my work in user interface design, and I’m currently consulting as an independent user researcher for a company he’s involved with. I have a broad, but deep, palette of game development experience to draw from, and almost all of it is working on games for youth.

I also helped create the best games to date in Kidaptive’s Leo’s Pad series; the episodes I worked on have high star ratings in Apple’s App Store. Those experiences were super helpful because they exposed me to the opportunities and challenges associated with building next-generation gaming apps across a bunch of different platforms — tablets, mobile devices, gaming consoles — and also I saw firsthand the changes these new devices and distribution models were going to have on the business itself. I have a PhD in computer science as well, which helps in understanding the technical side of things!

The most important thing, I think, is that I understand play — and that all play is not equal. There are some horrible apps out that aren’t play at all. They are pieces of software designed to keep kids busy — babysitting apps, if you will. That is not what Miramonte Park is about, or what Last of Five is about. I put the player first. Not every company does that, but the ones that do make awesome games. I also make games that are inclusive and accessible, that is important to me as a designer.

The most important thing, I think, is that I understand play — and that all play is not equal. There are some horrible apps out that aren’t play at all. They are pieces of software designed to keep kids busy — babysitting apps, if you will.

Speaking of being inclusive, Miramonte Park has an amazing set of strong female characters front and center in the gameplay. Should we view this game as a game for young girls?

That is a great question, and we have been getting it a lot from both parents and the press. Miramonte Park does have strong female characters — and the game is for all children. We spent most of this summer play-testing this game, and both boys and girls liked the game equally well. It was interesting to me, but frankly not surprising given my background building games and my access to learning and gaming research that neither the boys nor girls play-testing Miramonte Park really noticed the strong female presence in the game, and those that did notice did not seem to mind.

So, what turns out to be interesting, and potentially a challenge, is that adults — who buy these games for their kids — quickly and independently note character gender in Miramonte Park. This is not a game design issue per se in terms of enjoyability and playability, but this is something I have seen before — it is a marketing and presentation issue to parents, the economic buyer, rather than the kids.

The main characters are based off of the five elements (from left to right): water, earth, space, fire, and air. 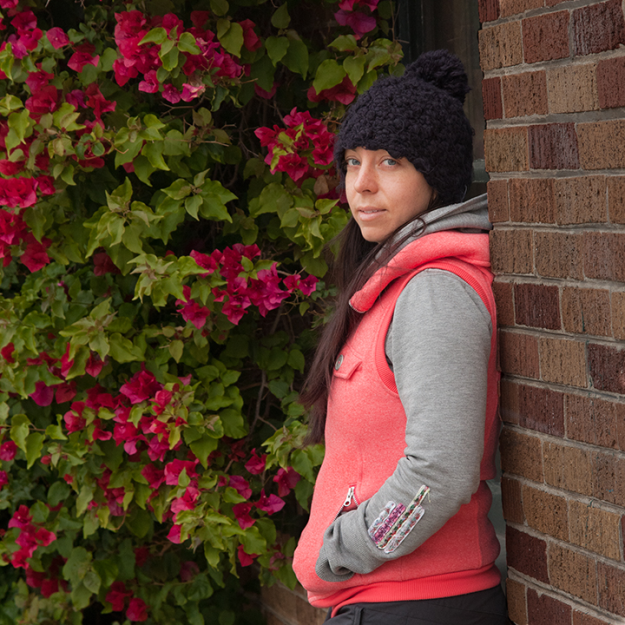 This is something we are thinking about deeply at Last of Five. It is puzzling that adults do not question whether the Teenage Mutant Ninja Turtles game is a world exclusively for boys because of its strong male presence!

I think boys need strong female role models just as much as girls do. And taking different perspectives and gameplay strategies into account while designing yields better games, so I make games for everyone.

So, if you are making a game, can you explain the relationship between game development and your fundraising campaign for a storybook? How does this relate to your game?

Game design is a process, and the practice of game development has unearthed several approaches to the development process, all of which have their own upsides and challenges and all of which have generated some amazing games. Broadly speaking, however, you can reduce the process to one of two basic approaches — you can start by creating a narrative — who the characters are, why they are doing what they are doing — or you can start by designing the game mechanics — the actions characters take such as jumping, flying, and things like that.

With Miramonte Park, we are starting with the narrative for a couple of reasons — the first is that we think that this is the right approach for this particular game, and the second is more personal — I like to write a good story! Whether you start with the narrative or the mechanics, I do believe the most compelling games have narrative associated with them. In the case of learning games in particular — which is what Last of Five is focused on — I think narrative is the fundamental form of human learning, and that both children and parents want good stories.

Story is the fundamental form of human learning, and the foundation for Miramonte Park.

Story and narrative are front and center in Miramonte Park.

How is the crowdfunding campaign on indigogo going? What has been the best feedback you’ve received so far from customers, and how did you address this feedback?

A friend told me that his toddler only gives him two minutes of free time a day, and at that rate it would have taken him four days to read my campaign page! I shortened and made the campaign text clearer right away. People also indicated that there were too many perk options, and that they wanted a physical product. We took away three perks options that were not being chosen, and added a hardcover printed book. I love the hardcover book because it exemplifies our mission that has evolved to provide both digital and real-world play.

What has been the hardest part of running a crowdfunding campaign?

Nothing about running a crowdfunding campaign is easy! It has been most difficult to keep new people coming to the campaign. Each day I try to come up with different ways to promote our campaign, but the Internet is a crowded space. We are brainstorming other ways to drum up support, if they are successful, then you will hear about them!