How did you become an executive director of Lassonde Entrepreneur Institute?

D’Ambrosio: My brother and I won the Ernst and Young Entrepreneur of the Year Award, and one of the judges was Jack Brittain, who had just come on as dean of the David Eccles School of Business. He said, “I’m looking to start entrepreneur program at the University of Utah. Would you be willing to sit on an advisory board?” And I said, “Absolutely.” After sitting on an advisory board for a couple of years, I was in the process of selling my company, and Dean Brittain said, “Well, what are you going to be doing?” I said, “Don’t know quite yet,” and he said, “Well, I want you to come and meet this guy by the name of Pierre Lassonde.”

What is the Lassonde Entrepreneur Institute?

Who is Pierre Lassonde?

D’Ambrosio: Pierre Lassonde is one of the most interesting, gracious, enjoyable people that I’ve ever met in my entire life. He has an engineering degree from Polytechnic University of Montreal, Canada. He and his late his wife, Claudette MacKay Lassonde, came to the University of Utah and got their master’s degrees. He and his wife went on to be a very successful entrepreneurs. When Mr. Lassonde reached back to the U in 2001, when I met him, he really wanted to do something that recognized how impactful the University of Utah was for he and his wife on both their careers in their lives.

We’re bridging the gap between students asking why am I taking this class to what does it mean to me as a person and what does it mean in the economy? How does it impact people? How do I change people’s lives with it? We’re focused on translating that knowledge into an application and, more importantly, an application that you’re passionate about.

How has entrepreneurship changed in Utah? What’s different now?

D’Ambrosio: I think we’ve got almost a fully baked ecosystem for entrepreneurship. I compare it to automobiles. When they first came around there were no roads. Cars were using the same paths that wagons and horses used. There were no gas stations, there were no mechanics, there were no auto repair shops, there were no car dealerships. But they invented the car and then all of those things came after that. Then ecosystem was built around that.

The first cars were Novell and Word Perfect, and then medical products, and we saw that the ecosystem starts building. Now there’s a whole bunch of investment capital here, both early stage seed funds and bigger funds connected. There’s accountants, there’s lawyers, but more importantly, there’s a core group of entrepreneurs and serial entrepreneurs who know how to start companies. 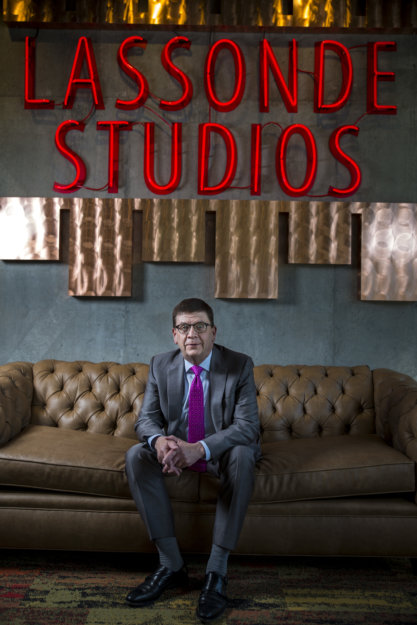 Troy D’Ambrosio is a serial entrepreneur, assistant dean at the David Eccles School of Business and executive director of the Lassonde Entrepreneur Institute.

What do you make of all the talk around the tech unicorns in Utah?

D’Ambrosio: I think the rise of unicorns is important recognition of how many other companies are out there. If you think about really what a unicorn means, that’s probably one out of every 1,000 or 10,000 startups. That means you have to have a lot of those startups to get there.

What do you think it takes to be a successful entrepreneur? What qualities do you need?

D’Ambrosio: The biggest thing I see in good entrepreneurs are good team organizers and good team members, because you’re not going to be able to do it yourself. Sometimes in an entrepreneurial team you’re the lead and sometimes you’re the second in command and sometimes you’re a cheerleader on the sideline. I think understanding your role is really important. You’ve got to be very flexible. You’ve got to be pretty self-aware of what you’re good at and what you’re not good at. You have to be very persistent because it is not an easy endeavor. You can’t give up easily. It’s an emotional rollercoaster.

So, should we be investing in people, instead of companies?

D’Ambrosio: That’s been Pierre Lassonde’s vision and the vision of the Eccles School is let’s invest in the people. Let’s not take any ownership in their ideas. Let’s support them. Let’s invest in them as individuals because they might not start their own company, they may be in a bigger company that then creates an incredible product or go to work for a pharmaceutical company, creates the next cure, because they’re thinking about how to create things and how to impact people. They know that creative process and to use to impact the world.

The investment in people has been always the philosophy of Mr. Lassonde and the Lassonde Entrepreneur Institute. Let’s invest in them because we’re not sure where you’re going to go, but we we’re sure that if we let you try and let you be creative and learn that process, you can go have an impact on the world.

How would you define an entrepreneur?

What are you doing to get more people to think about entrepreneurship as a verb?

D’Ambrosio: With our new Lassonde+X undergraduate program and then our new Master of Business Creation degree, we’re launching a nationwide marketing campaign around “entrepreneur a verb” and entrepreneuring at a top 10 university for entrepreneurship. We are challenging students to entrepreneur their fine arts or humanities degree with us. It’s about entrepreneur as value creator for other people. That might be impacting your community or it might be in making a payroll. An entrepreneur is somebody who creates and has a positive impact on the world. You’ll see digital ads with this message. You’ll see billboards. You’ll see posters around campus.

About the Author: Thad Kelling