A team of recent U grads want to help you get healthy and love doing it.

Through their company, Random Breakfast, they just launched their first app, StepPets. Now available on iTunes, the app “healthifies” games by using your real-life steps to create the levels in the game. The more you walk the more you unlock.

“We developed StepPets because we wanted to make healthy living a component of mobile games, similar to how running is a component of basketball and soccer,” said Tim Cooley , a U MBA grad, and CEO and founder at Random Breakfast.

The team consists of former U students in the Entertainment Arts and Engineering and MBA programs. They met through the Lassonde Entrepreneur Institute. Others on the team include Binoy Mohanty, Topher Nadauld and Eleora Nelson. Their goal was to change the way games are played and do it in a way that was healthy.

They received money from Get Seeded, a Lassonde Institute program, to build their first prototype. Then they used the prototype to compete in other competitions, including Games4Health, Opportunity Quest and Bench2Bedside.

During the award ceremony for Bench2Bedside, a medical device competition for U students, the team met Scott Anderson, CEO of Zions Bank. After playing an early version of StepPets, Anderson approached Cooley to offer them a $20,000 grant and a partnership with the bank’s employee wellness program to help move the game to full production and ready for launch.

“I am excited about this project, and our people are enjoying working with StepPets,” Anderson said.

In July, 2015, the team launched a pre-alpha version of the game with only a handful of Zions Bank employees. Over the next few months the feedback from these testers allowed the team to make many adjustments. More employees from Zions Bank offered to help test the game and provide more incites and feedback.

“It was fun listening to how the employees were playing the game,” Cooley said. “We found out (characters in the game) Molly, the bear, and Caitlyn, the chicken, were the favorites to run through the levels.”

Random Breakfast launched their game on Dec. 1 in the Apple App Store. It’s available at itunes.apple.com/app/steppets/id1037886506.

“It was an amazing experience working with Zions Bank,” Cooley said. “If it wasn’t for the support the Lassonde Entrepreneur Institute and Zions Bank we would not be able to launch this type of game.”

StepPets is a unique mobile game that combines physical activity and game play. Play a unique runner, where your steps create the levels. Help the StepPets take back their planet from Jacques, an asteroid invader from outer space, and his trusty henchmen. Play as Cooper the dog, Freya the cat and their animal friends. Find their hidden treasures, unlock themes and discover giants. New pets can be unlocked with step coins, which are earned by meeting and reaching your walking goals. The more you walk the more you unlock! Learn more at steppetsgame.com. 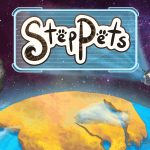 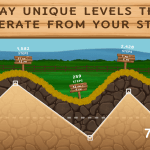 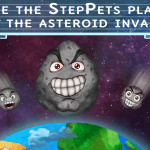 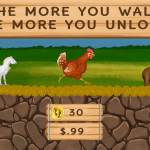 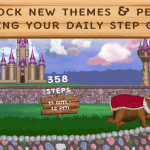 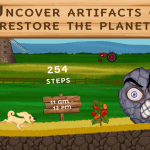