Five student startup teams received $6,100 in Get Seeded milestone grants in the round ending in June 2022. See below for a list of teams and their product ideas.

The final event for the regular grants was hosted at Lassonde Studios. It included live startup pitches, free food, and public voting to see who received grants.

The program is managed by the Lassonde Entrepreneur Institute at the University of Utah and sponsored by Chad and Kristen Anselmo.

Learn more about Get Seeded and apply for a grant here: lassonde.utah.edu/getseeded. 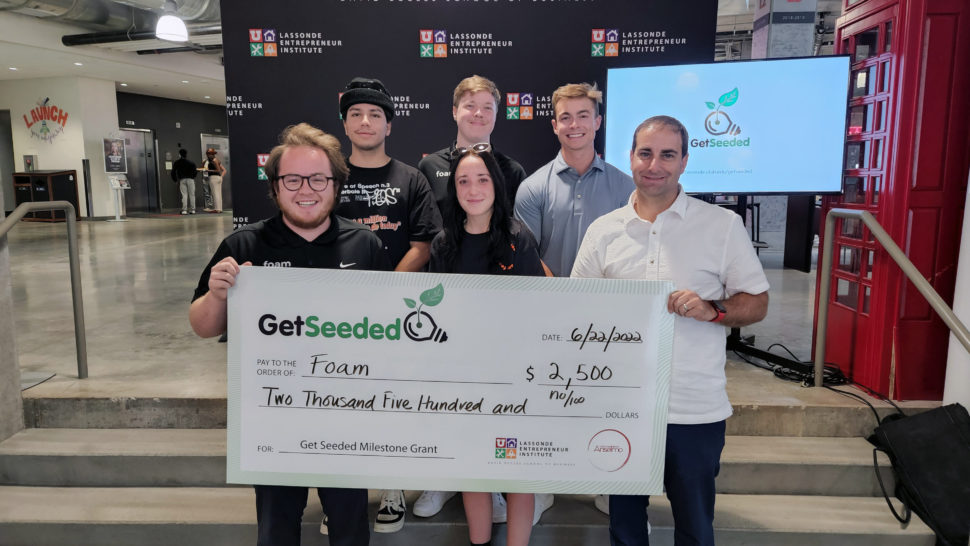 Foam is an innovative, direct-to-consumer laundry service for students living on campus. Their mission is to make laundry as straightforward and stress-free as possible, all while disrupting traditional communal laundry facilities and making students lives easier. 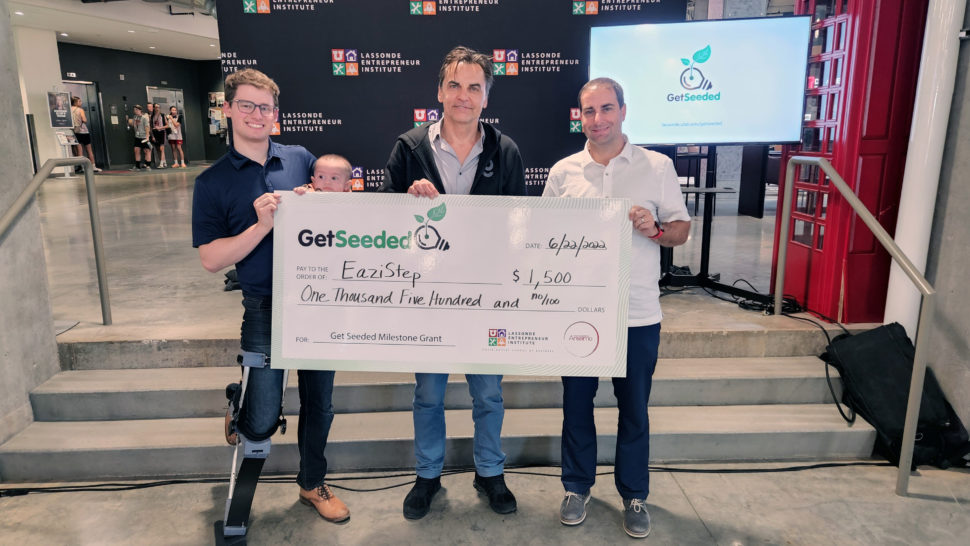 The EaziStep device minimizes the life disruption, suffering, financial burden, and pain of lower-leg injuries using a prosthetic-inspired design. A user can immediately return to the activities they love despite a traumatic injury. 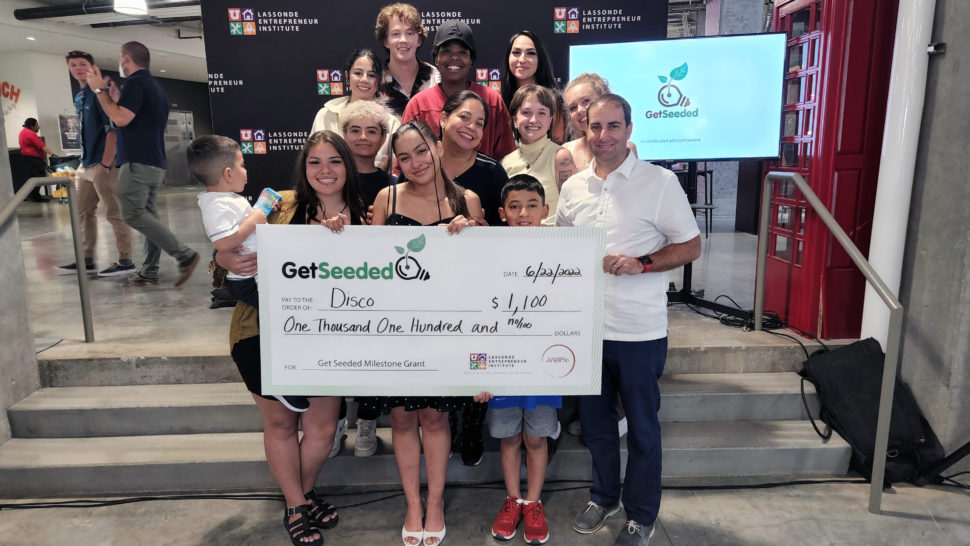 Disco is a social platform designed for both the casual and invested music listener. It is distinguished by the Convo software that allows users to discuss lyrics in an intuitive way. Disco also includes visual art alongside song snippets that users can post from the Creator Studio. The new way to discover discography.

No Society Films (previously known as No Society Media) is a film production company that produces narrative projects in the commercial, film, and music video genres. They are centered around stories, emotions, and how to best convey those using cinematography techniques. Their commercial and music video projects all focus on a storyline, rather than flashy effects. Their film projects are in the drama, thriller, and horror genre while also valuing the power of the stories that we want to tell.

Savorit is home-cooking reimagined. Simply swipe on recipes and get an instant meal plan, pick up your pre-assembled groceries, and cook! This app does it all and simplifies the cooking process so that beginners and experts alike can engage, explore, and eat!