Affordable, quality leather products can be extremely hard to come by, but University of Utah student and business administration major Giovanni Bastone has a solution. He is the founder of Highborn Leather, which focuses on creating heirloom-quality leather products at a price that won’t break the bank. He is growing the company with support from the Lassonde Entrepreneur Institute.

Bastone’s journey started after he decided to quit his job in the service industry and pursue something in a more creative field. Already an artist, he searched for something that could expand his skills. He walked into a local Salt Lake City leather shop located near the restaurant where he was working and was offered a paid apprenticeship. After working at the shop for a few years, he decided he needed more creative freedom. As a business student at the University of Utah, he wanted to make use of his education and set out to make his own mark in the leather industry. Bastone left his job at the leather shop and founded his own leather company, Highborn Leather, in May 2021.

The Lassonde Entrepreneur Institute and its Company Launch program have been especially helpful in getting Bastone’s business started. “I decided to join Lassonde because I knew it was a very special place where entrepreneurs came to go through the trial and error process,” he said. 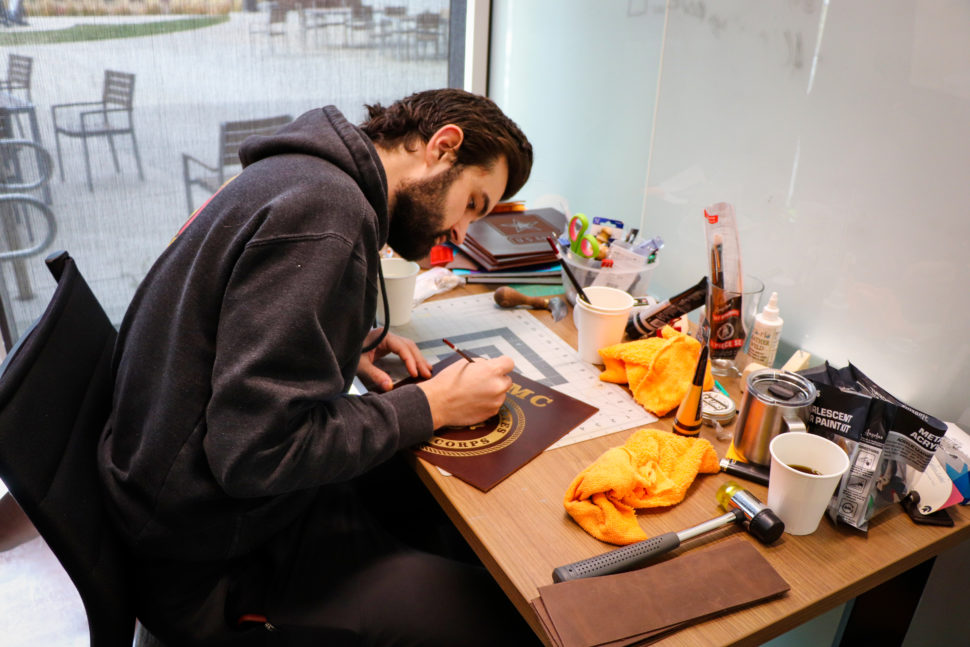 Looking to the future, Bastone and Leaman hope to be able to expand their business, either by hiring someone who is already skilled in leather or by taking on an apprentice.

Bastone is planning on eventually stepping away from the leather making process. Although he loves working with leather, he would rather oversee the administrative, day-to-day happenings of his business, with the occasional leather project to satisfy his never-ending creativity.

Highborn Leather is now a growing local company which makes an appearance at nearly every craft show in the Salt Lake area in order to promote and sell their products.

About the Author: Grey Chapman