The Lassonde Entrepreneur Institute, an interdisciplinary division of the David Eccles School of Business at the University of Utah, released its annual report for 2016-17. It shows significant growth and achievements after opening the much anticipated Lassonde Studios building, a $45-million, 160,000-square-feet student innovation center where all students are welcome to “live, create and launch.”

“We built Lassonde Studios to create a unique space that would engage more students in our already impressive entrepreneur program, and the data in our annual report shows the impact of the building,” said Troy D’Ambrosio, executive director of the Lassonde Institute and an assistant dean at the Eccles School. “We reached many of our goals this year, and we look forward to building on our momentum.”

The Lassonde Institute announced plans for Lassonde Studios in 2014 with the goal of becoming the best place in the country for student entrepreneurs. The building combines a 20,000-square-feet innovation space for all students on the first floor with four upper floors of residential space.

Construction on Lassonde Studios concluded in summer 2016, and students moved into the building in August 2016. The first 400 residents at Lassonde Studios ranged from freshmen to Ph.D. students, representing 44 different areas of study.

During construction and after, Lassonde Studios received worldwide attention for its unique design and purpose. 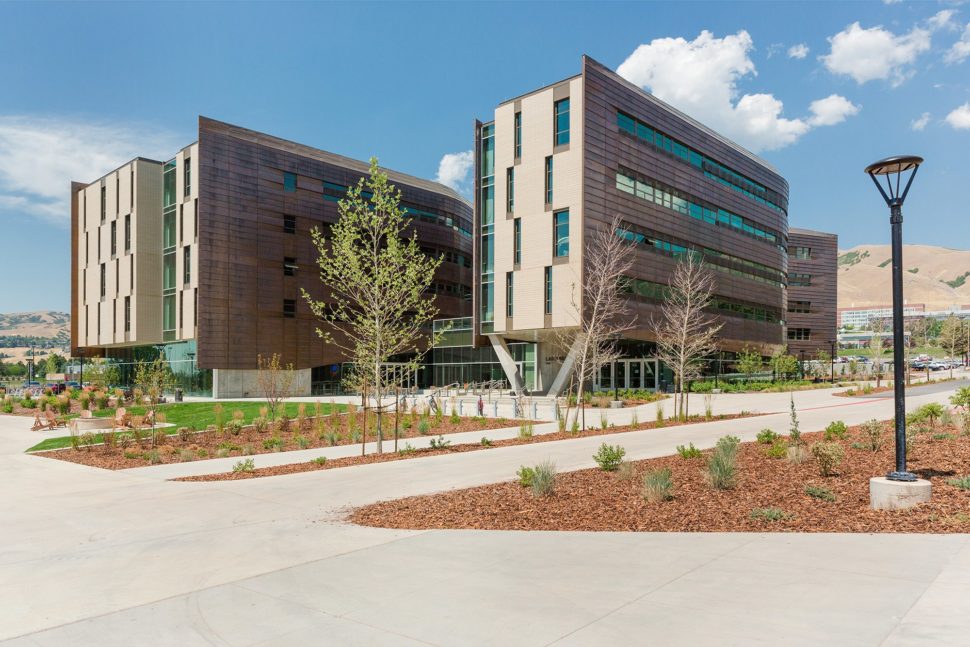 “Lassonde Studios was designed to be a one-of-a-kind community of student entrepreneurs and creators,” said Taylor Randall, dean of the Eccles School. “I think the results from the first year show that we have exceeded our expectations for the building. Lassonde Studios has helped grow and energize our community in more ways that we expected.”

Students involved in the many programs offered by the Lassonde Institute at Lassonde Studios said the experience transformed their time on campus. Beyond helping them start companies, the experience helped them learn valuable lessons that will be useful in whatever they do in the future.

Jared Pieper is one of many students who was involved during the 2016-17 year. While pursuing graduate degrees in engineering and business, he managed a grant program offered by the Lassonde Institute. In part because of his experience at the Lassonde Institute, Pieper was able to secure a job as a project engineer at Tesla.

“Like many others, I was scared to be an entrepreneur,” Pieper said. “I just couldn’t get past the thought of letting my excitement push me into a risky venture where I lose it all. Lassonde has helped me overcome these reservations by teaching me how to de-risk new ventures without spending all my savings. Being able to pivot early and cheap by answering the right questions brings a confidence that enables us to succeed.”

Arielle Hassett is another student who was involved with Lassonde Institute programs during the 2016-17 year. She participated in a business plan competition and worked on a medical startup.

“Lassonde has helped me develop as a leader and entrepreneur by creating a welcoming environment filled with opportunities to learn, grow and succeed,” Hassett said.