Learn about the students who are living, creating and launching at the new home for innovators and entrepreneurs at the University of Utah

On the “Games and Digital Media” floor, two of 400 residents hack code for a new app to make health-care costs more transparent. On the “Products, Design and Arts,” another resident blends black and camouflage fabric to test an idea for a new line of clothing for his company, Evok Clothing. On the “Sustainability and Global Impact” floor, a group of students argues about animal rights, inspired by Harambe, a gorilla recently killed by zookeepers. While on the first floor, hundreds of students from across campus, some residents, some not, work in startup offices, build prototypes, meet with mentors, pitch their ideas for seed money and a dozen other activities.

All this is just another day at Lassonde Studios, a new, copper-clad, $45 million, 160,000-square-foot, student facility at the University of Utah. It merges four floors of residential space with a 20,000 square foot innovation space on the first floor open to all students on campus. Managed by the Lassonde Entrepreneur Institute, a nationally ranked entrepreneur program, the building is unlike anything at any other campus. So is the culture developing inside.

The first residents moved into Lassonde Studios in August 2016. Known as the “Lassonde 400,” the residents are as diverse and ambitious as the new building they call home. They come from across the world and are studying everything from music and fine arts to electrical engineering and information systems. Almost 40 percent of residents are female. They are at every academic level, from incoming freshmen to doctoral students.

And those are just the residents. Add to that the entire student body at the University of Utah.

The first floor of Lassonde Studios, called the Neeleman Hangar, is open to all students on campus from 7 a.m. to 1 a.m. daily. Like a student union or campus recreation facility, all students need is a campus ID to take advantage of all the programs and resources on that level. Programs include networking opportunities, a business incubator, competitions with prize money and lots more. Resources include startup offices, meetup space, event space, workbenches, tools to checkout, a metal and wood fabrication room, a prototyping room with 3-D printers and a laser cutter, and the Miller Café.

Want to learn more about the students who are living and creating at Lassonde Studios? Read the spotlights below to learn about a few of the Lassonde 400 residents and the many others that are already making use of this incredible building. We will be featuring many more students in the future. Watch for more by subscribing to our email newsletter and following the Lassonde Institute on social media. 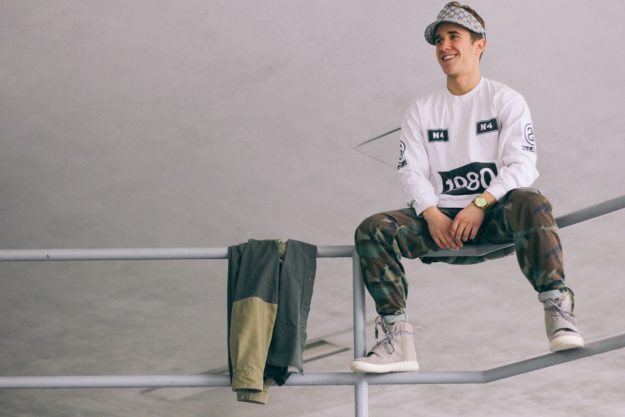 Colby Russo, a sophomore, studies entrepreneurship at the U. Russo grew up in the clouded forests of Monteverde, Costa Rica. Later, he moved to Salt Lake City to attend Rowland Hall where he graduated in 2015. Russo’s involvement with the Lassonde Institute dates back to the day he met director Kathy Hajeb as a sophomore in high school. Since then, he’s had the moonshot of attending the University of Utah to study entrepreneurship and live in Lassonde Studios. In 2014, Russo pitched the idea of a benefit corporation clothing line at a Lassonde Institute Get Seeded event and was awarded a $1,200 seed grant. After receiving funding, Russo became the CEO and cofounder of Evok Clothing (evok.clothing). The company’s apparel is designed to “Evok” selfless acts of kindness and aims to donate 33 percent of proceeds towards community enrichment projects within the Salt Lake community. Russo is a peer mentor for the Block U program and works as an assodicate of of the Coworking and Company Launch programs within Lassonde Studios. Living in Lassonde Studios is the perfect environment for Russo to cement professional relationships, and apply his entrepreneurial mindset towards business endeavors and the aspect of community enrichment he hopes to bring with him wherever he goes. 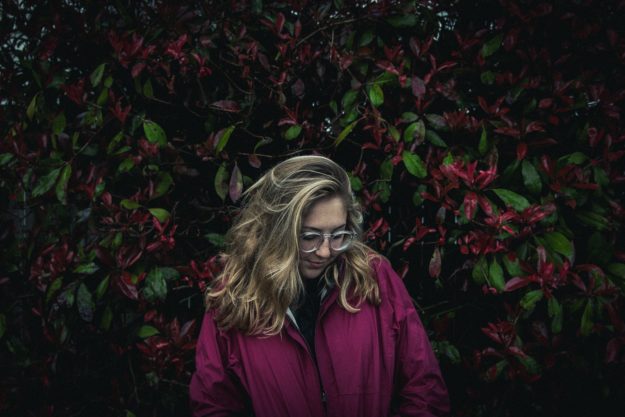 Natasha Fisher is a sophomore in the entrepreneurship program at the U. She is from upstate New York and graduated from Highland High in Salt Lake City. During her first year at the U she helped start a creative content agency that provided student startups with marketing. This experience got her interested and involved with Lassonde and the startup community. This year she is working at an on-campus advertising agency and holding a leadership position at Lassonde. She is also passionate about music and has been playing piano for about 15 years. Fisher is now working at Lassonde as the director of Cowork and Company Launch. She is excited to be living at Lassonde Studios because of the opportunity to meet students from all different majors and backgrounds. It has already been an incredible experience and she is so grateful to be a part of it. 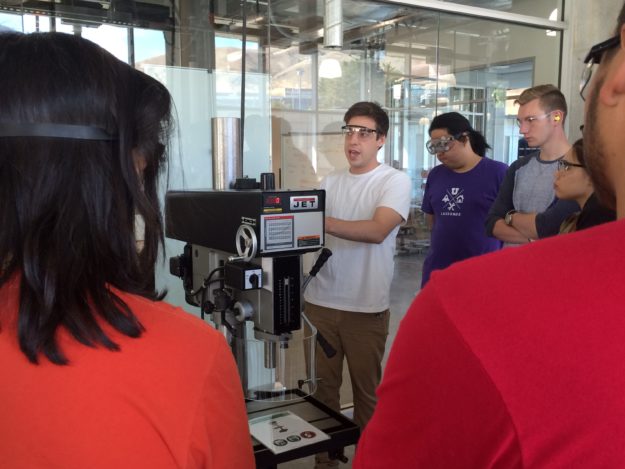 David Pinnock is a mechanical engineering student finishing up his last year of his undergraduate degree at the University of Utah. Before Pinnock graduates in spring 2017, he wants to get the Lassonde Institute Make Program up and running smoothly to help students get the resources they need to prototype their ideas. As chair of the Make Program, Pinnock wants to help others tinker with their ideas but he is also involved with building his own electric race car and restoring the home he purchased last winter. He hopes to get into the MBA program at the University of Utah and continue his involvement with the Lassonde Entrepreneur Institute by being a student leader. Pinnock encourages all types of students to come and use Lassonde resources to 3-D print, build and tinker with their projects. 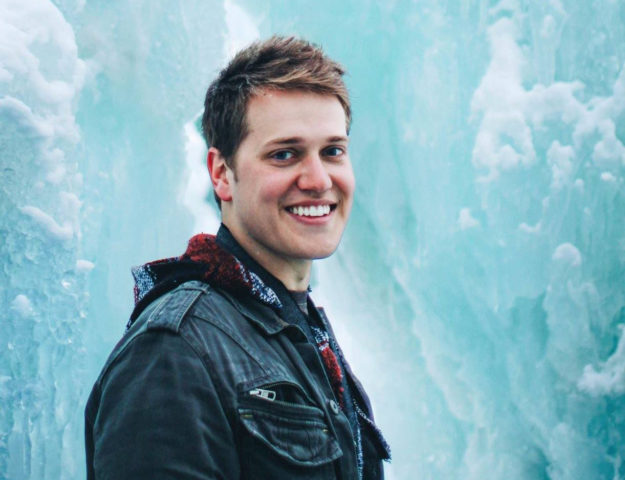 Daryk Childs is a junior at the University of Utah. He is studying Japanese and information systems. He lived for two years in Japan as a church volunteer and loved their culture. He has always had a passion for technology and the possibilities that it brings. He hopes to work internationally with business and technology to improve the way we live our daily lives, and to diminish the gap that separates us from other countries and cultures around the world. Currently, he runs a photography/videography business where he shoots for fashion companies, weddings, advertisements, adventures and more. For this reason, he works as a photographer for the Lassonde Institute. He continues to be involved by participating in the Lassonde Residential Engagement Program as a student leader. Childs hopes to broaden his connections with others who also want to work hard and accomplish great things together; this is why he has come to live at Lassonde Studios. 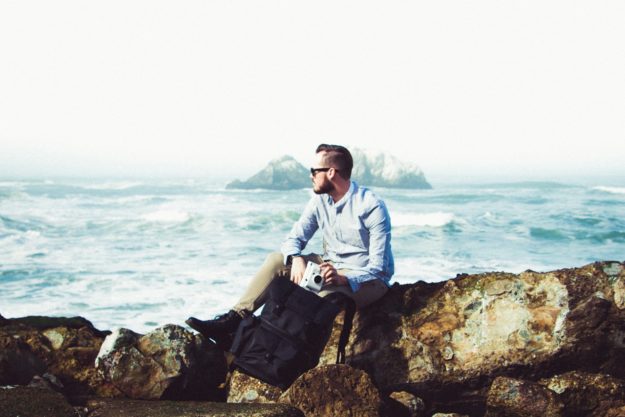 Parker Gibbons is a sophomore from Salt Lake City working on designing a new major that focuses on the intersection of art and industry via emerging media. He first became involved with the Lassonde Entrepreneur Institute as a photographer on the marketing team and quickly became involved in many of the programs and student opportunities offered. Using Lassonde resources and guidance, he was a cofounder and the creative director of a student marketing agency launched to help other students position and brand themselves. Now he is the director of the Lassonde Institute Art Entrepreneur program, which seeks to provide education to entrepreneurs of the creative process and develop a flourishing arts community in Lassonde Studios. 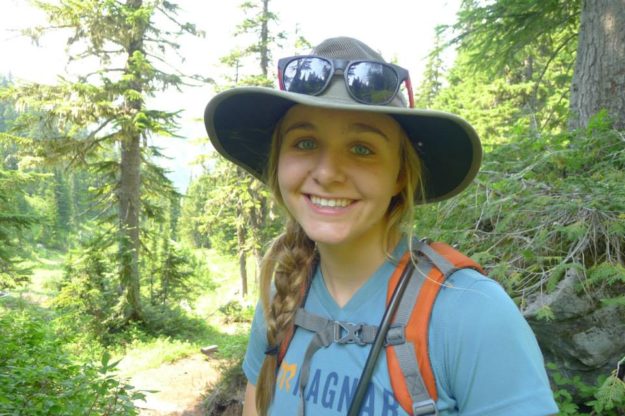 Paige DaBell is the Chair of the Lassonde 400 Residential Program for the 2016-2017 school year. She is a Junior studying mechanical engineering originally from Park City, Utah. She see’s living at the Lassonde Studios as a great way to meet like-minded individuals who are focused on making an impact as well as a great chance to help the students living at the Studios access resources and opportunities they need. Paige is the cofounder of IKOS LLC, and an inventor on a related patent. She plans on using the resources at the Studios to test out her entrepreneurial ideas and develop new prototypes. She is very passionate about the environment, people and STEM. Paige strongly believes that the entrepreneurial mindset can empower anyone to succeed personally and professionally. 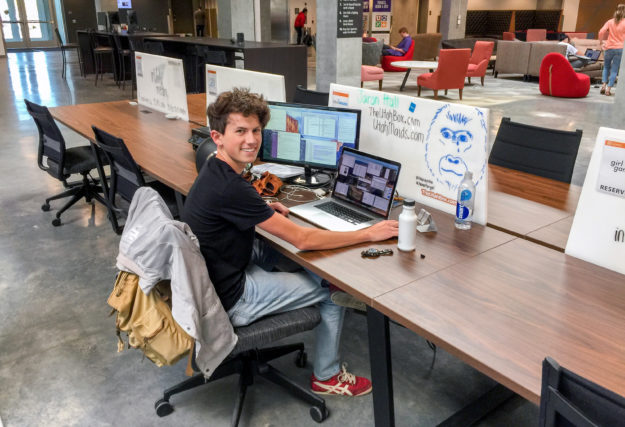 Jaron Hall is a business student and launched his startups, The Utah Box and Utah Maids, at the Lassonde Entrepreneur Institute. The Utah Box is an ecommerce gift box business that ships Utah-themed products all over the world. His other startup, Utah Maids, makes it incredibly fast and easy to book a house cleaning from your desktop or mobile device in 60 seconds or less. Jaron gets all of his work done at his reserved desk at the Company Launch space inside the Lassonde Studios. In addition to his startups, he runs the Utah Entrepreneur Series at the Lassonde Institute, which includes a series of student startup competitions across the state.