Aidan Daoussis is the inventor and founder behind the company, Portal Power, the world’s first portable charger within a cord. He launched the company from his dorm room at Lassonde Studios in 2016 and has since graduated with a degree in entrepreneurship.

Through hard work and dedication to the idea, Portal Power launched their product on Kickstarter in April 2019. With $20,000 being their pledged goal, they have far surpassed this with 585 backers totaling $54,227. In August, Portal Power will be in mass production and for the first time ever, the Portal Cord will be in the hands of many in October 2019.

“I stopped the company for a while and picked it back up,” Daoussis said. “I have experienced failures over and over, and things did not go as planned. But I learned through these processes and kept at it. My idea is finally becoming a reality.”

The company’s mission is “changing the way you charge for good and revolutionize how you get power on the go.”

The inspiration came to Daoussis while he was hitchhiking across the country. “I became frustrated with standard portable chargers being bulky bricks, requiring two extra cables,” he said, “so I wondered, “Why can’t a regular charging cable have the ability to charge your device without needing an outlet?” 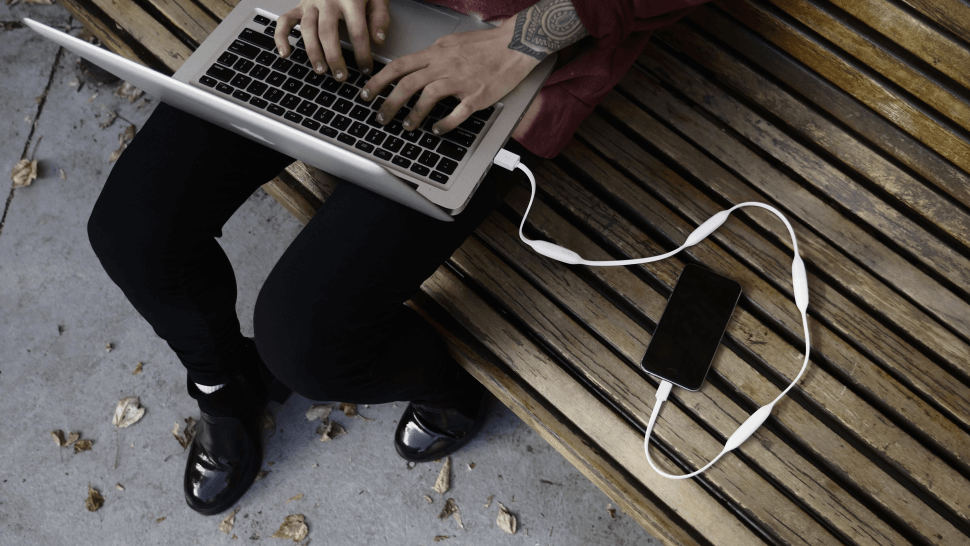 Portal Power started in a dorm room at Lassonde Studios.

Daoussis came to work on his idea at the Lassonde Entrepreneur Institute in 2016. He began to prototype the Portal Cord within Lassonde’s Make Space. After prototyping, he entered in many competitions and found success. Portal Power won first place in Opportunity Quest in 2017, and received funding to move their product into production.

The Portal Cord is currently available on Indiegogo for $55. For more information or to pre-order, visit at https://igg.me/at/portal-cord/x/18614363#/. Visit the company’s website at portalpower.com.