Identify, refine, resolve. This design process is followed by Evan DeGray, a Lassonde Studios resident and Multi-Disciplinary Design major at the University of Utah in nearly all of his pursuits, and it has proven worthwhile and effective in both his academic and entrepreneurial ventures. Founder of Rugged Components LLC, a company borne out of a need for better tool placement on both mountain and racing bicycles, DeGray said that the idea came from his “personal frustration with current products.”

As an avid cyclist and racer of mountain bikes, DeGray found himself dissatisfied with the options available, and started into designing something innovative. The result was “a simple and elegant solution that would work on most bicycles,” said DeGray, who is participating in the Foundry at Lassonde Institute.

Rugged Components has DeGray busy, with his current tool design, the Dialed Cap, pending two patents. That said, he intends to graduate with his bachelors from the College of Architecture + Planning in the spring of 2018, on an accelerated three-year track. 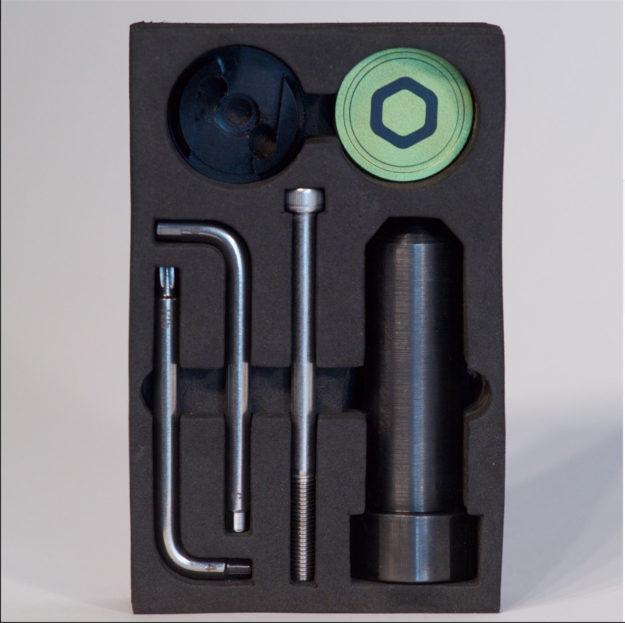 The Dialed Cap is the world’s first steer-tube integrated multi-tool, designed to last with heat treated steel and aircraft grade aluminum components so you will never forget your tools again.

His motivation in academia is also apparent in his business. DeGray has a focused energy about him, which makes it easy to see why his designs have been so effective at providing simple solutions. DeGray described the Rugged Components Dialed Cap design as “just two different wrenches that can interlock to give you more leverage,” providing the user with a compact, efficient bike tool.

Beta test runs have been completed with the first iteration, and a buyer from Backcountry.com has shown interest in the tool, while DeGray plans to pitch a second iteration at the Lassonde Institute’s Get Seeded competition and at the Utah Entrepreneur Challenge. DeGray also plans to build a local following of Rugged Components at Utah bike shops, but is considering launching a Kickstarter campaign to bring greater awareness to his product.

While most second-year college students’ business achievements would be expected to end with one company, DeGray is also involved in a team Bench to Bedside and Bio Immersion project with bioengineering students Matt Peterson and Jon Browne. This project idea came from the frequent issue of camera lens visibility becoming limited by fogging or debris during laparoscopic surgeries. Together, they have begun designing an affordable, disposable medical device that would act as “a means of cleaning the laparoscope while it is in[side] the patient, making it a less stressful procedure and a more effective and efficient procedure,” DeGray said. By using this tool, doctors and medical teams would minimize the risk of infection and the potential time lost for having to clean the lens. 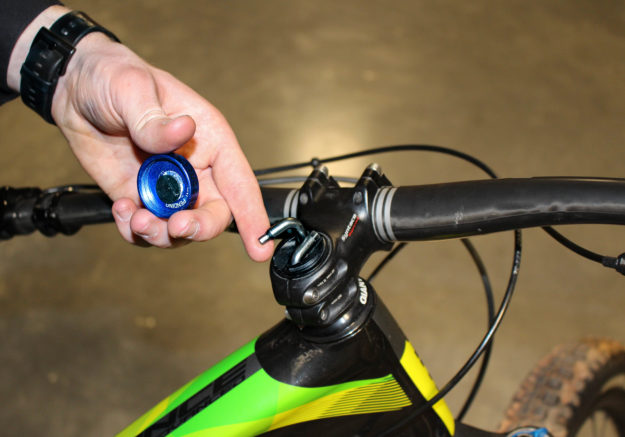 Rugged Components tools fit inside the bike for easy storage and access. 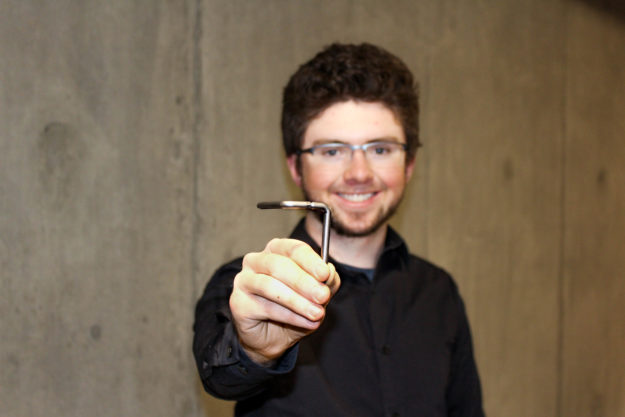 Even DeGray displaying his bike tool.