At the young age of just 10 years old, Sole Case Display’s founder Charles Rind already had a passion for footwear and fashion. “In 2003, I first laid my eyes on the patent leather Air Jordan 1 Retro sneaker in the Chicago Bulls colorway,” he said. “Ever since that moment I was hooked.” A year later, at 11 years old, Rind began his own collection.

As his collection grew, Rind immersed himself in the “sneakerhead” community. He quickly realized that he and the community were frustrated by the lack of high quality storage solutions for the fashion-forward consumer. The companies that were attempting to tackle this problem left a void where the essence of luxury was lost when storing these shoes. So, Rind seized the opportunity to fill this void. With resources at the Lassonde Entrepreneur Institute at the U, Rind launched Sole Case Displays and the company’s first product, the Sole Case. 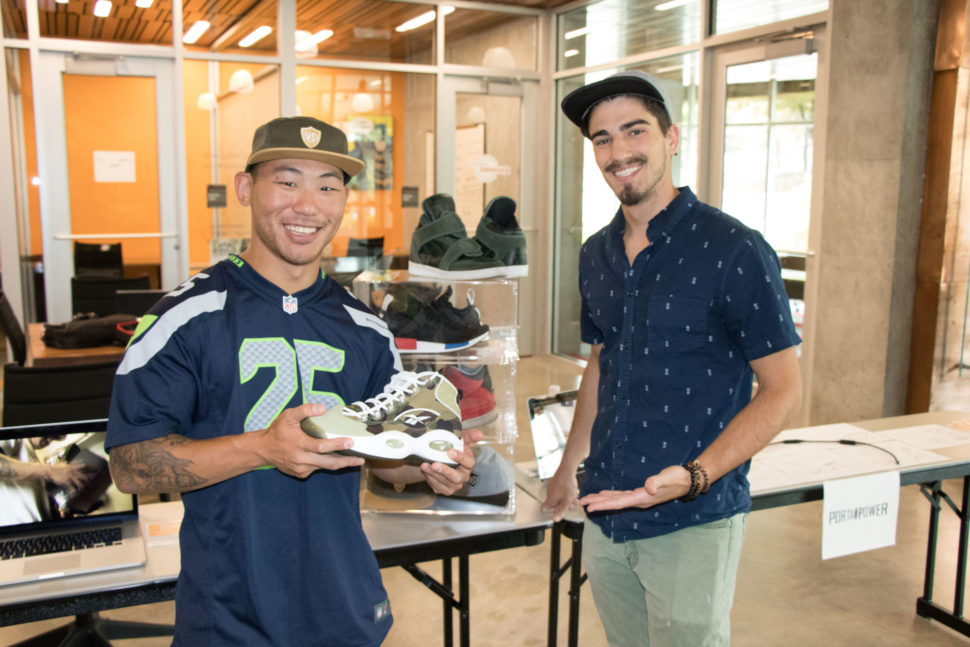 Sole Case Display’s founder Charles Rind (left) has had a passion for sneakers and fashion since he was 10.

The Sole Case is made of high quality 5 mm acrylic with a drop front door for easy access to the footwear and has the unique ability to lock onto and stack on other Sole Cases. Their ultimate goal is to build the company into a brand that represents a community and the cultures that surround it. Their unique branding and materials are what separates them from their competition.

The Sole Case Displays team have already begun selling the product and have successfully funded a KickStarter for $2,561. In addition, Rind took his team to Las Vegas in November, 2017, to attend Sneaker Con as vendors. Currently, Sole Case Displays is in the process of finalizing their first major order. The startup has been commissioned to create 40 custom cases for the U’s Athletics Department in an event sponsored with Under Armour.

The future looks bright for this young company, even in its early stages, but as Rind and his team are very aware, success only comes one step at a time. While the team has faced more than a few setbacks, they remain optimistic.