As friends who have known each other since sixth grade, it was only a matter of time before Katherine “Kate” Hull and Leentje Klingensmith joined forces to create startup company Survivor Solar Tech.  Both business majors at the University of Utah David Eccles School of Business, Klingensmith and Hull’s passion for business and service were never going to be satisfied with the typical 9-to-5 jobs.  They wanted something unique and continually growing, and Survivor Solar Tech was just that.

Initially, the startup began as a project for the Business Scholars Innovation Showcase, an event challenging students to observe and tackle daily problems within the community.  “Every year, natural disasters leave people with no power and no access to heat,” Hull said. The majority of households in the Salt Lake City area use fossil fuels for heating, which continues to damage the air quality.  “By providing a low cost way for Utahans to heat their homes and help the environment, we believe there truly is not a downside to it,” Klingensmith said. 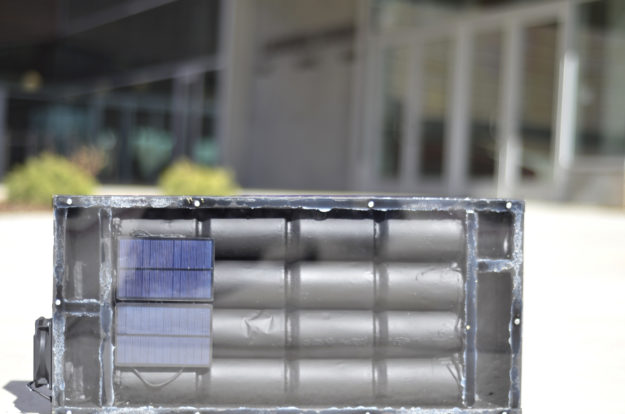 Environmentally conscious and socially aware, Klingensmith and Hull’s original purpose is to allow the homeless heat during the cold winter months, but they also want to offer more.

The Survivor Solar Tech product works as a solar-heat generator, using low-cost and/or recycled materials to create it. “By gathering materials such as pallet wood, soda cans and recycled CPU fans, we have created a machine for distribution that will produce warm air, on average 30-40 degrees warmer than intake,” Hull said.  The majority of homes in Utah are run by natural gas, which is cleaner than most fossil fuels, but it is still causing damage to the environment. Modern solar heating systems also costs upwards of $15,000, so there are very few who can actually afford the more sustainable energy solution.

Environmentally conscious and socially aware, Klingensmith and Hull’s original purpose is to provide heat for the homeless during the cold winter months, but they also want to offer more.  “For each solar heating box that somebody purchases to heat their home, we will donate one to natural disaster relief, third world countries in need of solutions like this, or the homeless population beginning with Salt Lake,” Klingensmith said.

Klingensmith and Hull recognize the constant changes that happen with social and environmental issues when looking ahead. As Hull said, “There is no end goal for Survivor Solar Tech because we will never solve homelessness or provide heat to everyone in need.” The future of this startup is to be adaptable and accessible, allowing the world to guide them in any direction. “We plan to get there with a lot of hard work and determination hopefully bringing the company to a stable place that we can genuinely have an impact on our world and the people in it,” Klingensmith said.