If you’re not a person with asthma, you probably don’t think very often about inhalers. If you use one, however, you understand the unseen annoyances. Most importantly, you’ve probably dealt with a crucial choice: do I bring my inhaler and risk losing it because of how hard it is to store, or leave it behind and risk an attack?

Luckily, University of Utah medical student co-founders Teryn Holeman and Brian Parker are helping eradicate that impossible choice. With their streamlined, ultra-portable redesign of the inhaler, this medical tool has become more accessible than ever.

“It just started with noticing a problem,” Parker said. “We did a ton of market research and found that something like 90% of people with asthma want something different, a little smaller, a little more convenient.”

uAir is following a 510(k) pathway through the FDA, essentially meaning that the mechanism of a device is changing, and not the medicine inside. Instead of a bulky inhaler that’s palm sized, uAir’s patent-pending design is roughly the size of a car key-fob. It also deviates from the traditional shape, now becoming a straight and vertical dispenser.

“The change from the ‘L’ shape is intentional to improve the device and medicine too,” Parker said.

In addition to a much more portable design, uAir inhaler also offers smaller doses per inhaler. This allows asthmatics to have multiple inhalers, improving accessibility after market research determined a demand; where a prescriber could only give one 200-puff inhaler to a patient now can become five 40-puff inhalers. Multiple inhalers means multiple locations, which means a higher likelihood of an inhaler being around for an attack.

This idea to spread dosages out comes at an especially crucial time within the context of the pandemic — the FDA faces a shortage of albuterol due to the amount of doctors prescribing it.

“For people who have post-viral cough — for example, if you just had pneumonia, the cold or even COVID — you often only need about a week’s worth of albuterol to help you get over that lingering cough,” Parker said. “With our device you can be written a prescription for one 40 puff inhaler, which will be a lot cheaper and will eliminate medical waste.”

uAir is still in the product development phase right now, and the company certainly has been busy. Alongside working with the world’s largest canister manufacturer to develop a customized canister and valve mechanism, uAir is meeting with patent attorneys to secure their design. This is made possible largely by uAir’s 2021 Bench to Bedside grand prize win, which gave Parker and Holeman $25,000 to put toward their company.

“It’s encouraging because really, there’s no better business idea validation than an entire panel of dozens of judges scrutinizing your idea, asking questions and then saying, ‘Wow, yeah, this is the best one,’” Parker said. “It’s really given us that extra push to move forward.”

uAir also won the 2021 Utah Entrepreneur Challenge, hosted by the Lassonde Entrepreneur Institute, which included a $20,000 grand prize. But for Parker, winning these business competitions is about more than funding — it’s also poetic, as Lassonde’s competitions are part of the reason why Holeman and he banded together to start brainstorming in the first place.

As uAir finishes perfecting their design and the patent continues pending, Parker aims to have a final product that’s shelf-ready by the end of 2021.

To connect with uAir, email Brian Parker at brian.parker@hsc.utah.edu. 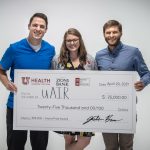 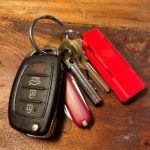 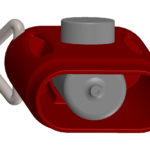 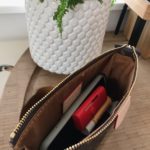 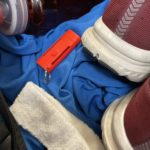 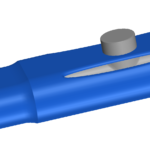 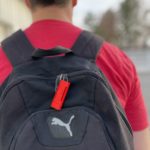 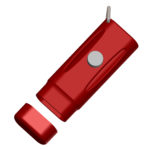