Vitapul Injectables is on a mission to save lives by improving the treatment of severe allergic reactions. With help from programs at the University of Utah, the student founders are developing a device to inject epinephrine, a drug that narrows blood vessels and opens airways in lungs, in a way that is cheaper and more accessible than existing products like the EpiPen.

Recently, EpiPen manufacturers have been questioned due to rising prices and limited pharmacological changes, causing some people’s health to be at risk, according to the student team.

The team consists of University of Utah medical students Suzanna Ohlsen, Brian Parker, Trent Perry, Alejandro Blitch, and Teryn Holeman, and MBA graduate Alex Huhn. They believe they can make a better product by separating the active ingredient, epinephrine, in a powdered or “dust” form until just before injection. The uniqueness of this product is in the company’s name – “vitapul” is Latin for “bringing dust to life.”

Not only does the company aim to improve shelf-life and accessibility, but Parker explained how they will continue to do more. “Every three minutes, one person is on their way to a hospital in an ambulance due to an anaphylactic (or severe allergic) reaction,” he said. “In Utah, basic level EMT’s are not allowed to carry epinephrine. Part of our mission is to work with policymakers and take these steps as well to improve accessibility.” 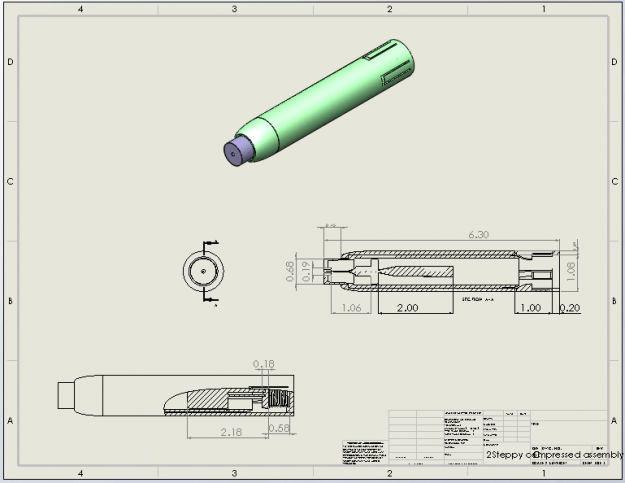 Vitapul Injectables has already achieved some success. It was awarded a seed grant from the Lassonde Entrepreneur Institute from the monthly Get Seeded program to help them further with testing and securing a patent which they will be working on simultaneously. They were also awarded “Best in the Business” from the Bench to Bedside medical innovation competition in 2019.

The company is in the early stages of securing the intellectual property, patent, and claims to move forward. The founders hope to have the product on shelves within the next 5-10 years if the requirements are met and approved by the FDA. This process is the focus of their funding efforts.

Not only is the Vitapul system an innovative way in which to inject epinephrine, their marketing strategy is aimed to get them into new places such as all ambulances, airlines, and other organizations that has not been in the public’s eye. The company wants to expand public accessibility, and they are researching ways in which this unique delivery system could benefit the whole medical industry.

“We want Vitapul found in locations where you’re having an anaphylactic reaction, and they aren’t going to die because an EpiPen isn’t accessible,” Blitch said, “People can still die, even though we have medication and resources that are available but aren’t in the locations you need them. The bottom line is we want to save more lives.”