For millions of women around the world, the fear of getting a pelvic exam, one of the only ways to detect cervical cancer, leads them to skip the exam altogether. Annie Fonnesbeck, who has a master’s degree in bioengineering from the University of Utah, and Laura Gardner, who also has a master’s in bioengineering and is a third-year medical student at the U, are working to make the exam more accessible and comfortable for women and their clinicians alike through Xenospec, a new kind of vaginal speculum.

According to the Xenospec team, the old exam is scary for the patient, physically and psychologically. “The current gold standard vaginal speculum is often metal and really cold,” Gardner said. “It expands very wide, so it causes more pain with the stretching of the vaginal opening and creates lots of discomfort. It sounds very mechanical, which can also be anxiety provoking.”

The way that the clinician, patient and device interact is also not ideal. “The clinician has to sit between the patient’s legs and the patient can’t see the clinician’s face or what’s going on at all. They’re just lying there in an extremely awkward position. There’s no great clinician and patient interaction.” 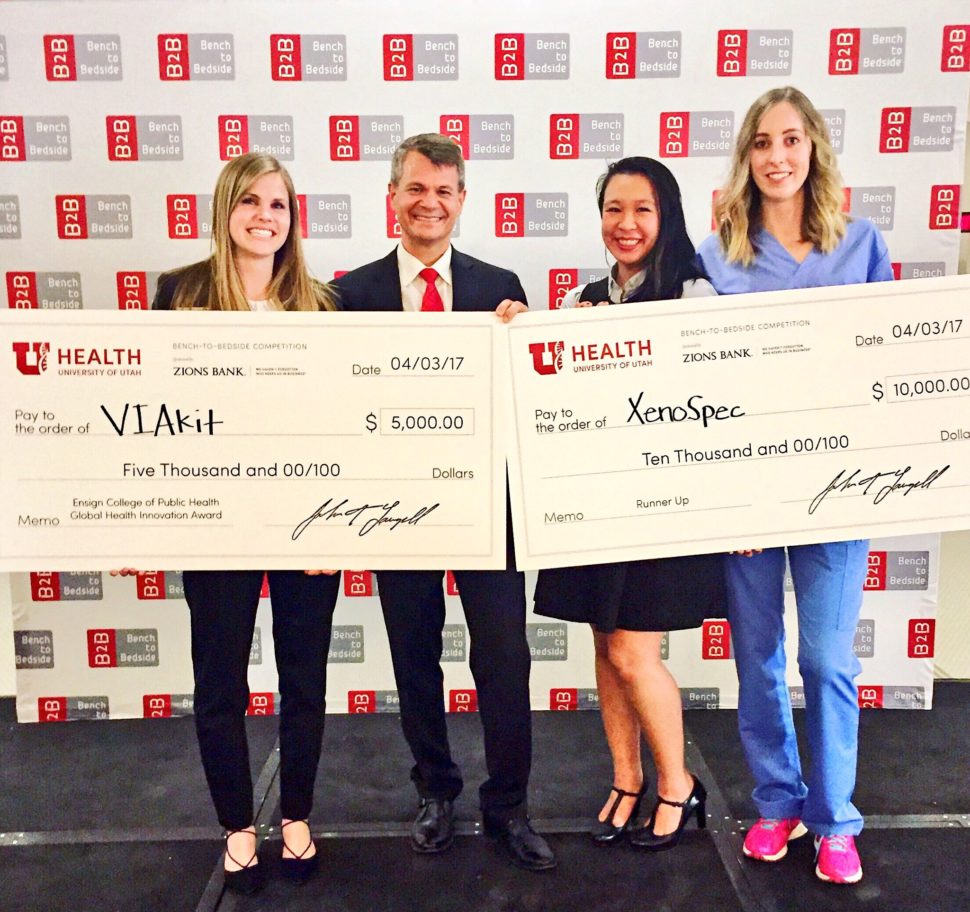 In 2016, at the commencement of their master’s program, Fonnesbeck and Gardner, both passionate about women’s health issues, decided to tackle this problem. For them, it was all about impact.

“It’s kind of sexy to look for surgical problems or into newer technology, but this exam is bread and butter OB/GYN,” Gardner said.

“It’s something that every woman in their lifetime should be getting, so it makes the biggest impact across all women,” Fonnesbeck said. “Compared to other types of women’s health problems, this one affects 100 percent of women.”

Their device satisfies all of these major issues, as well as expanding the reach of the exam in the process. The device is smaller and more comfortable for the patient physically. The device is also compatible with a camera, which is a new venture for speculums of its type. Through this compatibility, the clinician can show the patient what they’re doing in real time during the exam, bridging the previous communication gap.

Camera compatibility not only makes it easier for an OB/GYN to communicate with their patient, but can make the cervical exam accessible worldwide. “Most cervical cancer deaths happen in developing countries which is due in part to limited access to OB/GYNs ,” Gardner said. “With this device, a nurse or midwife, rather than an OB/GYN, can transmit a video or screenshot of the cervix and sample electronically to an OB/GYN across the world that could then look at the image and diagnose.”

The team won the First Runner-Up Grand Prize of $10,000 in the U’s Bench to Bedside Competition in 2017 and the Global Health Prize. They’ve filed a provisional patent, and their working prototype will be tested with women in the upcoming months.