While other university students are spending the summer traveling the world, exploring the outdoors and sleeping in, four student startup teams at the University of Utah are engaged in an intense program. By the end of the summer, they all hope to have grown substantially and to be selling their products.

The startups are: Coffee Pops, a gourmet line of coffee popsicles; Blerp, a platform for sharing soundbites; Clovitek, a Wi-Fi transmitter for streaming audio to personal devices; and The Society, a discount membership card for nightlife in Salt Lake City. (See below for more detailed descriptions of each startup.)

The teams are participating in the Get Seeded Rush to Revenue program provided by the top-ranked Lassonde Entrepreneur Institute, an interdisciplinary division of the David Eccles School of Business that supports aspiring entrepreneurs. The program is sponsored by Zions Bank.

The startups in the program are challenged to set milestones, then the Lassonde Institute provides support to achieve those goals, including mentoring, work space at Lassonde Studios and up to $18,000 in grants. The milestones vary by company: Coffee Pops wants carts set up around Salt Lake City, Blerp wants 50,000 daily active users, Clovitek wants to complete a Kickstarter campaign, and The Society wants to expand into neighboring states.

“It’s really important for these business ventures to leave the Lassonde Institute and get out into the real world,” said Nate Smith, director of the Get Seeded program and an MBA student. “The effort they put in over the summer is the difference between a good idea and a great business.”

Get Seeded is a monthly seed-grant program provided by the Lassonde Institute. During the summer, it offers the more intensive Rush to Revenue program to accelerate the development of the startups that showed the most potential during the academic year.

The four startups were selected from hundreds that participated throughout the school year in the many business competitions at the Lassonde Institute.

“Each of these startups has shown a lot of potential,” Smith said. “We know these teams have what it takes to make it to the next level with their businesses. We’re looking forward to them being the next success stories to come out of the U.”

Learn more about the Get Seeded program at lassonde.utah.edu/getseeded. 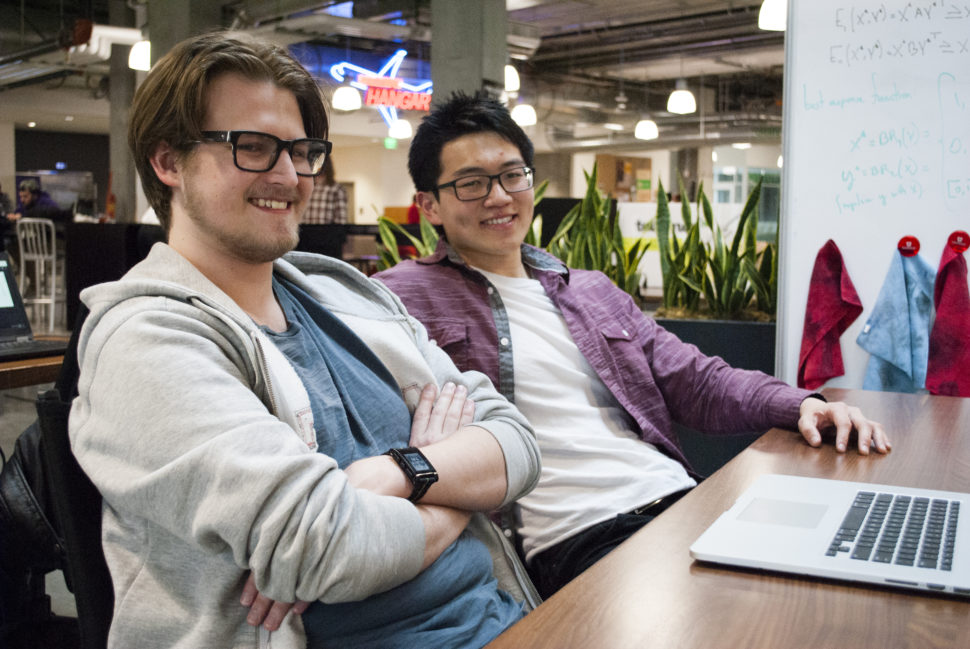 Blerp founders in their office space at Lassonde Studios.

A large and searchable soundboard working to make soundbites as fun, common and ubiquitous as GIFs. Founder Aaron Hsu, who graduated from the U with a degree in computer science in May and is pursuing a second degree in film and media arts, was inspired when he created a Shia Labeouf soundboard app that got enough downloads to help him pay rent for a few months. He saw the potential that soundbites could have if they were incorporated into a messaging platform. By the end of the summer, the company wants to get up to 50,000 daily active users. Learn more at blerp.io. 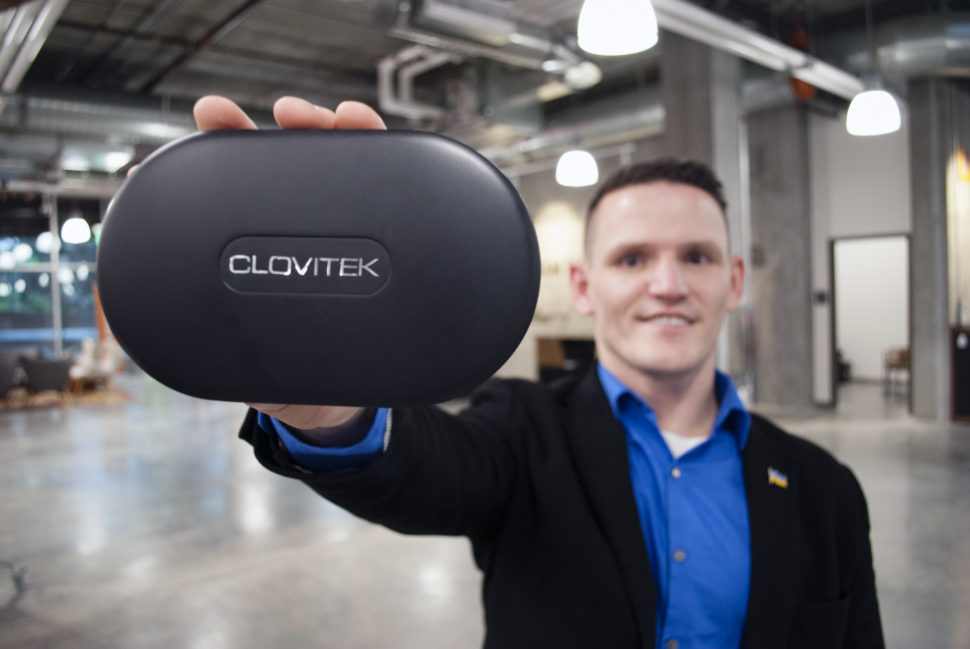 A Wi-Fi transmitter that allows people to stream audio discretely to their personal devices. What inspired Vitaliy Mahidov, the chief engineer on the project who graduated from the U with an MBA in 2016, was the cumbersome audio plugins for watching TV while on a treadmill at the gym. Cory Heward, a business partner who graduated with an MBA in May, said, “There are tons of people who want to use this device: those who are hard of hearing, moms who have noisy gamers. There are really so many possible markets.” By the end of summer, Clovitek would like to have a Kickstarter campaign launched and fulfill the orders by September. Learn more at clovi.tech. 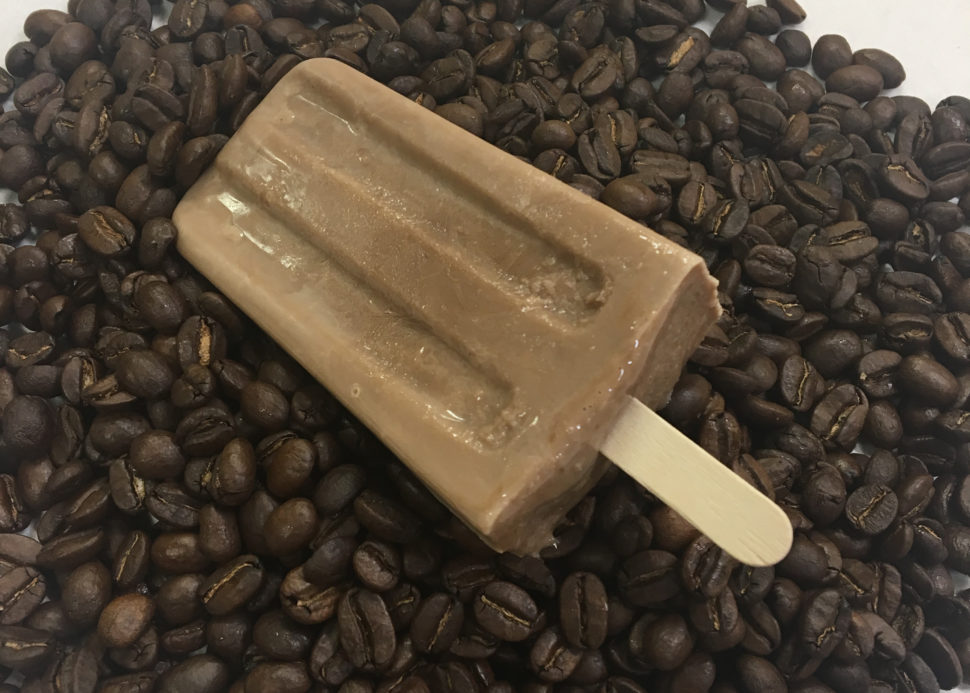 Watch for Coffee Pops for sale at events around Salt Lake City.

A gourmet line of coffee popsicles using cold-brew coffee. When asked what inspired founder Darby McDonough, an information systems student at the U, to go into this business, she said, “I have three brothers in coffee, and I wanted to incorporate my love of the beach and the outdoors because I lived in California for 12 years. When I went back to graduate school, my goal was to launch a company.” Her goals for the summer are to build the brand in Salt Lake City and have an online presence to be able to ship popsicles, beans and kits throughout the U.S. and worldwide. “By the end of summer, I’d like to have pop-up carts around Salt Lake City while we build our online presence,” she said. Learn more at coffeepops.co. 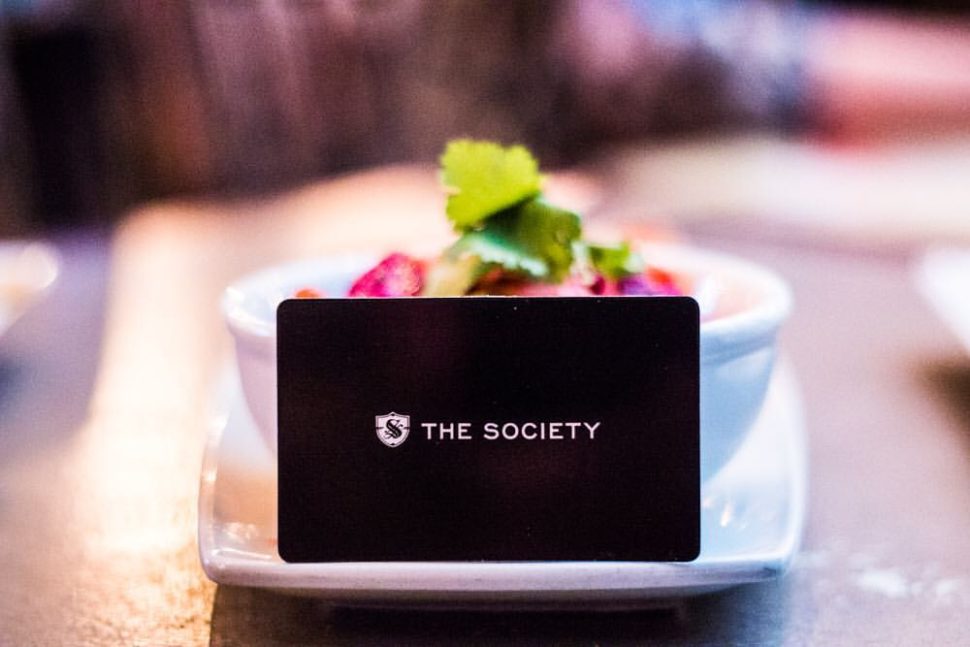 A discount membership card for nightlife in Salt Lake City. Josh Webber, the founder of The Society who graduated from the U in May with degrees in business administration and French, was looking for a way to get more people involved in the nightlife scene in Salt Lake City and decided to connect them to businesses by offering discounts to customers. The Society is planning to expand into Reno, Nevada, and Boise, Idaho, while continuing to build out their base in Salt Lake City. Learn more at thesocietyu.com.


The Lassonde Entrepreneur Institute is a nationally ranked hub for student entrepreneurship and innovation at the University of Utah and an interdisciplinary division of the David Eccles School of Business. The first programs were offered in 2001, through the vision and support of Pierre Lassonde, an alumnus of the Eccles School and successful mining entrepreneur. The institute now provides opportunities for thousands of students to learn about entrepreneurship and innovation. Programs include workshops, networking events, business-plan competitions, startup support, innovation programs, graduate seminars, scholarships, community outreach and more. All programs are open to students from any academic major or background. The Lassonde Institute also manages the Lassonde Studios, a new $45 million innovation space and housing facility for all students. Learn more at lassonde.utah.edu.