A common thought among early entrepreneurs and product designers is to build the final version of a product or software before they start selling it. This is wrong. My goal is to walk you through three examples of how I built a minimum viable product, an MVP, to gain feedback and even sales without ever actually building the final product.

“Ideas are cheap…. Everybody has ideas. Ideas are highly, highly overvalued. Execution is all that matters.”  – Casey Neistat

There are three phases in the early stages of a business: idea, execution and sales. Most people live in the idea phase and never move to the execution phase. If your concept only lives in the idea phase, then you probably don’t know how to get started. This article will help you turn your idea into reality.

Example One: Plus Five

Idea Phase: I was playing board games at a local game store when I came up with an idea for a deodorant for gamers.

Execution Phase: My first step was to build a product I could show my target demographic.  I bought a deodorant stick and spray painted it orange.

I worked closely with an artist from Belgium on Fiverr.com to create a logo and label. Once we finalized a logo and design I taped the label to the bottle I painted.

Sales Phase: I took this “fake” bottle of deodorant to a few local board game stores. One of the stores owners said “Thank you!” Without having a completed product, they asked to have the product in their stores.

At this point, I felt I had a solid idea, so I lined up manufacturing, finished the label and put Plus Five on Kickstarter. 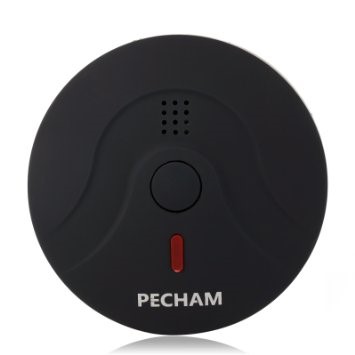 Idea Phase: Our team had an idea to help people compost better. The idea was to have users toss a device into their composter. The device would send notifications to their phones when they needed to add water or other items to their compost.

Execution Phase: To get feedback on the idea we spray painted a smoke detector black, like the one below. We also had four PowerPoint slides that mimicked a mobile app interface.

We spent about 30 minutes with each of our testers. We had close to 20 questions for the users. Example questions:

Sales Phase: We never made it to this phase. We felt the venture wasn’t worth pursuing. The product would have been too expensive and users didn’t seem to need the Compuck. 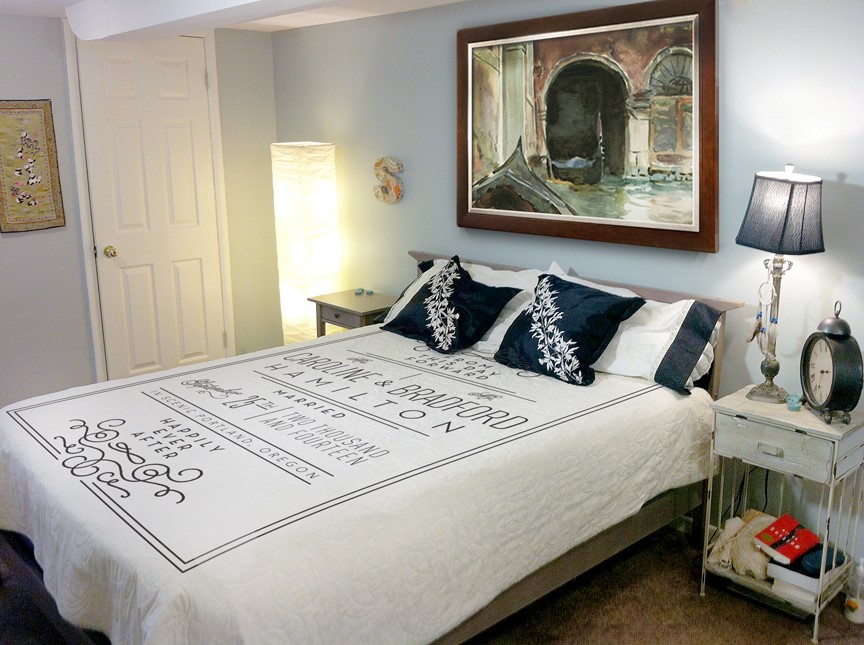 Our First Quilt is still in development.

Idea Phase: While on a trip my business partners and I came up with an idea to create custom wedding quilts.

Execution Phase: No one on the team knew how to sew, quilt or dye fabric, so we faked it.

The above looks amazing, but it isn’t real.  Based on a collection of wedding invitations we liked, we made a mockup in Adobe Illustrator. We printed the layout on about 60 pieces of paper the size of the top of a queen blanket. To make it look like a blanket we taped the papers together. I wish I had a photo of it. It was huge.

After making the bed with a light-colored quilt we laid out our taped together paper mockup. A few Photoshop tricks later, we ended up with what you see above.

Sales Phase: We put up a Shopify website which had a 14-day free trial. With no money spent on marketing we received a call from a woman in Australia asking to buy one.

The cost to product the product was extremely high, so we ended up having to cancel the order.

Note: Our First Quilt is still in development. Sometimes it is a good idea to shelf an idea until you have more resources to execute on them.

The goal of this article is to help you take an idea and build your first minimum “viable” product. In this early stage of the product viable is an extremely loose term. You want to see if there is a market for the product. As I have showed you the product doesn’t have to work, just get close enough to a final product. It also doesn’t have to be expensive. I spent less than $100 testing each of these ideas.

I hope you now have ideas on ways you can build something that closely resembles your idea to start gaining feedback or even sales. You will be surprised at how far you can take your idea without ever actually building the “real” thing.

About the Author: Tim Cooley

2 thoughts on “Building Your First MVP with Limited Funds”