Colby Russo, a freshman pre-business student at the U, wants you to wear a shirt or jacket made by his company, Evok Clothing. Yeah, you’ll look fashionable wearing it. But, more importantly, you’ll be wearing something with a message. You’ll be saying, “I support local artists, locally made products and fair pay for a day’s work.”

“The problem I saw is: The fashion industry is completely saturated with companies that exploit workers and solely are after financial gains, and that’s what we wanted to combat,” Russo said. “We wanted to evoke a message and inspire other companies to do better.”

Russo launched the company after an interesting personal story that colors all of his business decisions. He was born in Olympia, Wash., but moved with his family to Costa Rica when he was very young, growing up in a Quaker community in Monteverde.

“Monteverde, steeped in authentic sustainability, longstanding and intergenerational relationships, simplicity and nature is my foundation in life,” Russo said.

In 2008, Russo and his mother, an international relations professional, moved to Salt Lake City, where he finished middle and high school.

He started Evok in summer 2015. Unlike most companies, it’s a “benefit corporation,” meaning its purpose is to make a positive impact on society and the environment. The company is achieving those goals in many ways, such:

Evok is already making progress with help from a $1,200 grant from the Lassonde Institute’s Get Seeded program. Beyond building a team, Russo has exceeded its initial sales goals, and the company has a silk-screen printer, 24 screens and a spot heater.

In the near future, Russo hopes to start sponsoring celebrities and athlete to help spread the word about his brand. He also wants to buy a van to shuttle him and his product.

“Fulfillment and happiness grows from spreading good,” Russo said. By that measure, he should be very content. 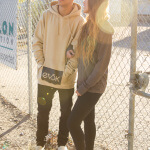 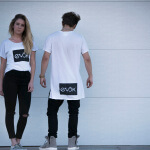 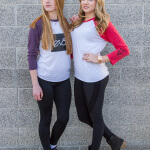 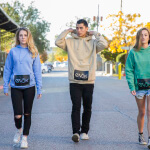 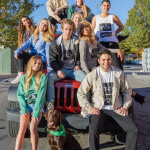 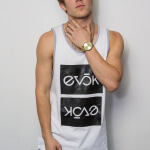 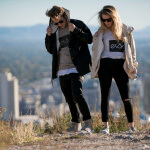