Have you ever thought of an idea so genius it will make you millions? Entrepreneurs have been coming to the University of Utah for years. Four recent U of U inventors reveal five pitfalls they feel it is important to avoid.

1. Don’t Have a Closed Mind

Char Poles has the most revolutionary ski poles on the market. Their poles have built-in bottle openers, camera mounts, screwdrivers and other parts. University of Utah student Alex Carr came up with the idea as he was standing atop a mountain with no way to adjust his skis.

“More than anything I would avoid having a closed mind,” Alex tells inventors. “Throughout the process of building your idea you’ll learn a lot about your market, distribution, product, model, and management structure.” Stay open to new information because each decision you make will have lasting effects on your business.

2. Don’t Be Afraid of Feedback 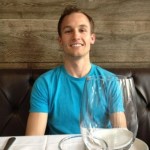 “Never limit your ability to get feedback about what you’re doing,” says Kyle Muir, founder of Swoob and COO of Armor Active. One of the biggest mistakes entrepreneurs make is hiding their idea because of fear.

University of Utah faculty member Tony Sams agrees. Sams, the developer of the innovative new storytelling app Storyrobe, explains: “I wish I’d spent more time developing relationships with potential partners instead of worrying about my ideas being stolen.” If no one sees your work, no one can tell you how you’re doing.

Muir says the best ideas are the ones that either bring you the greatest chance and degree of success, or where the risk isn’t too great. “If you’re going to fail, fail fast and cheap,” he explains.

Muir likes to use the example of Elon Musk to illustrate his point. Musk, the Tony Stark of our day, did not start by revolutionizing space exploration or the electric car. Musk began by helping newspapers enter the digital age with Zip2, a file compression program. “Of course he’s gone on to create PayPal, SpaceX, and Tesla Motors,” Muir says, “but he didn’t start there.” Entrepreneurs build on early successes and use them to generate bigger ones in the future.

4. Don’t Start Without Knowing Your Market 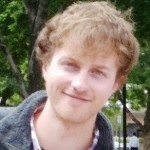 Jackson Murphy and his partner Chris Ciancone have worked with numerous University of Utah programs to help launch LIYEN, an innovative new inhaler.

Through work on two medical device startups, Murphy learned firsthand how important it is to know your market intimately. He found, for example, that product development takes longer in the medical device industry, sometimes as long as five years. “Don’t just think your product will revolutionize an industry,” he says, “but make an effort to truly understand the market dynamics of that industry.” This can save innovators a lot of time and heartache when developing their product line.

5. Don’t Get Stuck on One Idea

Before Google, Apple and about 20,000 other customers used his iPad enclosures, Scott Paul started his emerging company at the University of Utah’s Foundry. Paul went through three different startup letdowns before finding success with his industry-changing “iPad kiosks.”

While pursuing a travel app idea, Paul found the need for the iPad enclosures. He had to put aside the idea he was working on at the time, but his flexibility paid off as Armor Active grew to become a more than $3 million business in its first year.