Phil Kilcrease graduated from the University of Utah in 2013 with a degree in entrepreneurship from the David Eccles School of Business. He started 5th Street Games as an undergraduate student and subsequently developed it while participating in Foundry Utah, a business discovery center. In two years, Phil has grown 5th Street Games from a single-product board game company to a full-service game publishing house. Phil has significant experience with crowdfund campaigns, using platforms like Indigogo and Kickstarter to build a market while validating his products. Today, Phil continues to lead 5th Street Games, is an active speaker at crowdfunding conferences and events, and has developed a “Crowdfunding 101” curriculum playlist (available for free on FoundryTV) to share his knowledge of how to run successful multi-product crowdfund campaigns. He recently sat down with the Lassonde Entrepreneur Institute for an interview. We’ve pulled out some highlights to share with you.

Tell us a little bit about your 5th Street Games — what the company does and your reasons for starting it. 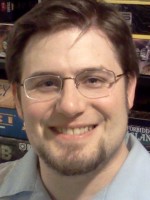 5th Street Games is a board game publisher that makes quick-playing, easy-to-learn games for kids and adults alike. Our mission is simple — make everyone a board game player! Our lineup currently includes nine titles, over half of which were licensed to transition from the niche market to mass-market stores.

“I realized that the only thing holding me back was an irrational fear of the unknown. I started 5th Street Games right there in class, and had my first game—Castle Dash—ready to go before the class finished.”

I loved board games growing up and knew I wanted to be involved in the board game industry some day. When I started college, I decided I to take some entrepreneurship classes. At the time, I saw them as an opportunity to learn what I needed to know to run a business and eventually launch my company when I thought it was ready. Then I took my first entrepreneurship course at the University of Utah — it was the introductory course, and at the time it was called “Foundations of Entrepreneurship” — and it was in that class I realized that the only thing holding me back was an irrational fear of the unknown. I started 5th Street Games right there in class and had my first game — Castle Dash — ready to go before the class finished.

Can you recall that moment when you determined that it was not more knowledge you needed, but more courage? Where were you and what was going on at the time?

Oh yeah, I totally remember. I was reviewing games that might be fun to publish and waffling as to whether it was really what I wanted to do. A friend saw what I was looking at and said, “That one looks cool. You gonna publish it?” That question made me realize the only thing stopping me was my own inaction.

What were the first steps you took to take your idea and begin to make it real?

After determining which game I wanted to release first, I had to find a printer to print it. It was a classic “chicken and egg” problem — good printers are busy and work on large batch runs, and I was just getting started and either could not get in the queue with a good printer, or my print run was not big enough for the economics to work. This is where the power of the Foundry comes in. Through my connections there I was able to find a great printer that could do a small test run — about 30 copies— so that I could hand assemble and hand-package them. The game components were really high quality, thanks to the printer — but my packaging was decidedly low-tech, because for this first test — selling to hard-core gamers and game shops — it was the gameplay that mattered, not the packaging. That matters when you are competing for shelf space, but has little to do with the quality of the game. So I packaged the first run in old VHS boxes.

Nah, the hard core part was my first market validation test! I took my bike — no car at the time — and went to all the major local game stores in Utah Valley and convinced them to sell my game in their store, as it was, by showing them a brief demo of the game.

Once I was convinced that game shops could see the value in the game itself — not the packaging, but the gameplay — and that they could and would sell through, I ran a Kickstarter campaign to run a 1000 copy run of the game using an overseas printer.

What has been, for you, the most surprising part of the journey so far?

The biggest surprise for me has been that, from beginning to end, there is always enough time for the things you think are important. Adam Slovik — today he is the founder of Bankado, but at the time he was running RemedyMD — came to the Lassonde Entrepreneur Institute and gave a talk, and he said something that struck me at the time, and the more time I spend in the entrepreneurship game the more it resonates with me. He said something like, “if you, as a student, think you are busy today — you are not. You have absolutely no idea what busy looks and feels like, and so if you are putting off something because you think you will have more time later, you won’t.” He was right about that.

“You have absolutely no idea what busy looks and feels like. As you get older, you just get busier. If you are putting off something because you think you will have more time later, you won’t.”

On one hand, it is true that, in terms of throughput, the amount of work I handle now and the demands on my time are dramatically higher than they were when I was an undergraduate. But what is interesting is that getting started back then and just learning how to handle it all — work, school, my startup and my personal life — has helped me to learn how to deal with the increasing complexity of my life and my business and not get stopped or paralyzed by it. In absolute terms, I “do more” now.

I think learning to handle being “busy” — whatever that means — is just a skill you can develop. So starting early makes sense. And, if “Slovik’s Law” — you will always be more busy tomorrow — holds, you might as well be intentional about that business and say “yes” to that than end up saying “yes” to someone else’s list of things. You don’t get to choose whether your are busy or overwhelmed. You only get to choose what you are being busy or overwhelmed about!

We are going to continue to release three new titles a year on Kickstarter, and this year is also the year we prepare for the transition to the mass market. That’s a whole different world, and something I am super excited about. Once we have our processes, fulfillment and channels handled in the domestic markets and feel comfortable that we can handle the demand operationally we will begin to internationalize, with our first beachhead in department stores in the UK and European Union. Our main challenge, I think, is getting into more markets. From a business perspective, we need to expand to grow — we have the hobby market covered — and we have reached the point where, from a business perspective, growth for us is in untapped markets.

That being said, the impetus to grow 5th Street is an aesthetic one — remember, our mission is to make everyone a game player, and to have board games by 5th Street in every home. Thanks to crowdfunding, we self-financed the business. So, we don’t have some strange ballooning loan payment to make, or investors who have different appetites for growth than we do. 5th Street Games is a tidy, well-run business that kicks off cash at a regular schedule, and we have an economic model for game development and publication that works. So I have the liberty to choose our destiny as a company, and I really want our games everywhere, and I want 5th Street Games to have a global footprint.

Do you have any advice for aspiring entrepreneurs?

If you’re unsure of your idea, start experimenting as cheaply as possible with the idea — today. Not tomorrow, like right now. If it falls apart or turns out not to strike your fancy after all, great. On to the next idea.

Also, get connected to a community. Entrepreneurship is a solitary and at times terrifying experience, and you can sometimes forget that, even though you’re alone in the running of your particular business, there are many people who are as freaked as you are and likely want somebody to chat with, too.