When Mica Sloan and Aidan Daoussis moved into the Lassonde Studios in the fall of 2016, they both had one thing in common: a shared loft space. Placed together by chance, the two strangers quickly discovered that they shared a bit more than just a living room and kitchen – these two out-of-staters would stumble into a startup as partners of Portal Power.

Daoussis, a business major and an active Foundry program member, first came up with the idea of creating a portable, simplified energy source several years ago. This source would provide people with a means to travel lightly and longer, while still maintaining their phone battery life. 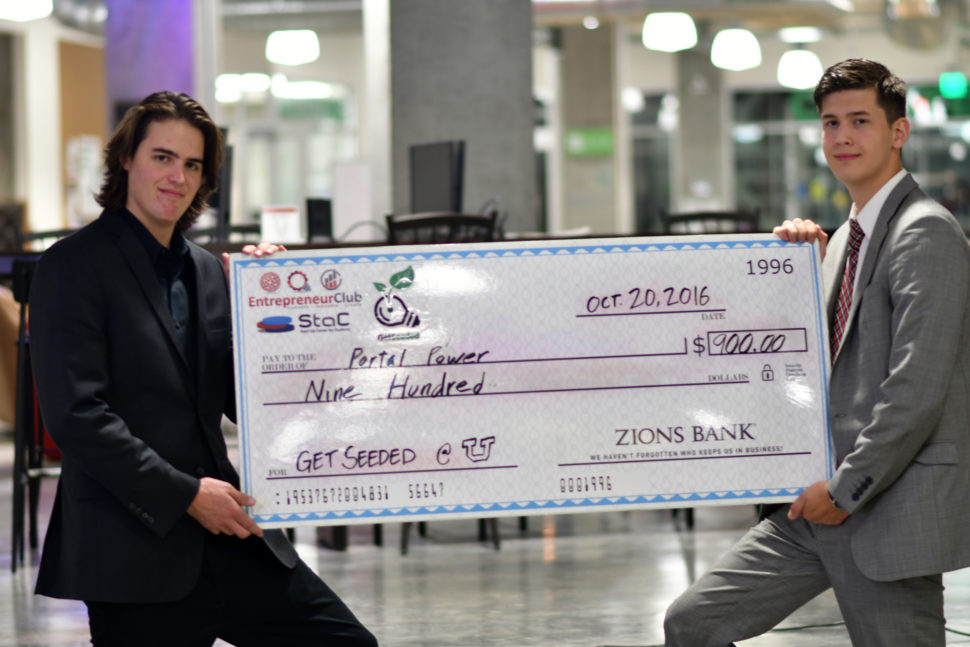 Mica Sloan (right) and Aidan Daoussis won seed funding from the Lassonde Get Seeded program. They started the company while living at Lassonde Studios.

However, it was Sloan, an engineering student and entrepreneurially minded professional photographer, that was able to take Daoussis’s bright idea and design a tangible product and market the business idea: Portal Cord.

Since their decision to work together in September of 2016, Power Power has become an officially registered LLC company, with a patent filed on the Portal Cord conceptual design. Additionally, Sloan has successfully produced several iterations of both functional and visual Portal Cord prototypes. An electrical and computer engineer has also been selected to design the circuit board for the final product.

Portal Power has also received help from the Lassonde Entrepreneur Institute at the U, getting a $900 grant from the Get Seeded program.

In the near future, Portal Power will be launching a Kickstarter to raise funds to move the company into full production. Until then, stay connected by following their Facebook, Twitter and Instagram, or visit their website at portalpower.us!