University of Utah bioengineering student Brody King has developed a device that he hopes will change the way surgeons see their patients — literally! By creating an innovative robotic lighting system for the operating room, King aspires to improve standardized operating equipment.

“I was shadowing a surgeon when I came up with the idea,” King said. “My job was to adjust the lighting while the doctor was working, forcing me to reach across the patient.” King recognized that not only was this procedure inefficient, it was also contaminative in the otherwise sterile environment. It was at this moment he had the idea for “Sybo Technology.”

“The system uses hands-free, wearable technology to control surgical lighting by foot pedal,” King said. “The doctor will wear a headband with an adjustable laser, and as he presses the foot petal, the lights can detect this laser signal, and move in real time to where the doctor is looking.” 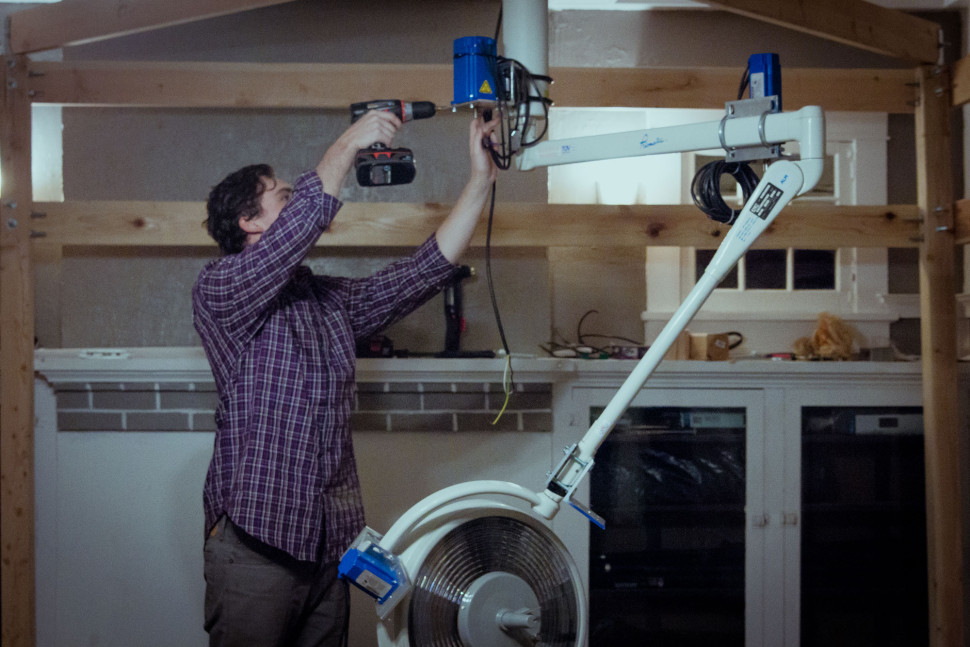 Sybo Technology was founded by Brody King, a University of Utah bioengineering student.

King is a third-year bioengineering major with interest in the medical field. He originally perceived this project as a way to diversify himself for medical school, but found that he was passionate about the idea. He then utilized Triangle, a U engineering fraternity, to network with students — undergraduate, graduate and Ph.D. —  who could help him execute his idea.

As the product went further into development, King started seeing posters for competitions offered through the Lassonde Institute, including the Get Seeded program, Bench-2-Bedside and the Utah Entrepreneur Challenge.

In October 2015, King and his team pitched their design at the Get Seeded event, and were funded the full $3,260 they requested to purchase motors for the robotic arm of the system. Receiving the funds has allowed them to produce prototypes and advance in development. The team continues to enter competitions, so keep a look out! The team expects to have their prototype fully functional by the completion of these challenges and move into further prototyping.

This idea transformed quickly as King relied on available university resources, helping him fulfill his purpose. “If we can improve patient safety, and save one hospital a law suit because they had the best light on the market,” he said, “this work will pay itself off.”

One thought on “Sybo Technology: Shedding Light on the Operation Room”