The Lassonde Entrepreneur Institute at the University of Utah opened the doors in August to the $45 million Lassonde Studios, a one-of-a-kind facility where students can live, create new products and launch companies.

A dedication and open house will be held on Thursday, Sept. 22. Public tours will be from 12:30 to 1:30 p.m., preceded by a VIP reception starting at 11 a.m. Special guests include donors, university leadership and the many students who are living, creating and launching at Lassonde Studios.

A nationally ranked division of the David Eccles School of Business, the Lassonde Institute announced the building project in April 2014 and broke ground in October the same year. During construction, Lassonde Studios received worldwide attention, featured in publications such as the “The New York Times,” “Fast Company” and “Bloomberg.”

“The University of Utah is already among the best schools in the country for entrepreneurship. Lassonde Studios will help us reach the next level,” said Taylor Randall, dean of the David Eccles School of Business. “We train thousands of students, help develop hundreds of startup companies and provide dozens of programs to all students. The building will amplify all of these efforts, allowing us to give every student at the University of Utah an entrepreneurial experience.” 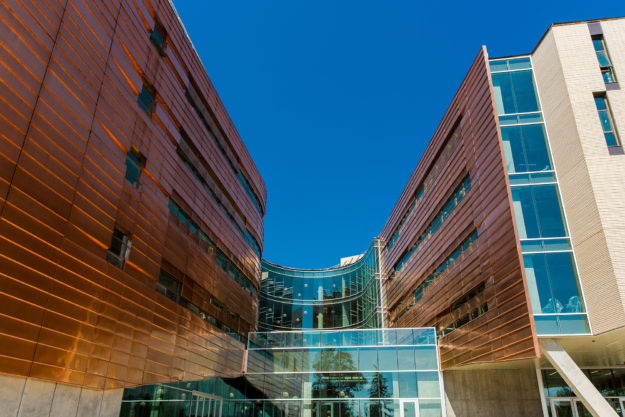 Lassonde Studios is about 160,000 square feet on five floors. The first floor is a 20,000-square-foot innovation space, workshop and cafe open to all students at the University of Utah. That floor has many spaces and tools for students, including workbenches, group coworking areas, 3-D printers, laser cutter, power tools and more. The first floor is similar to a student union for those interested in entrepreneurship and innovation. Above are four floors of student housing where 400 students live, collaborate and launch new ideas.

More than 1,300 students applied to live at Lassonde Studios in the inaugural year. Residents applied by describing themselves and their desire to join the unique community. Those selected to live there are called the Lassonde 400 and form a diverse group of future leaders and change-makers.

“We were impressed by the quality of students who applied to join us and live at the Lassonde Studios. We think we have assembled one of the best groups of entrepreneurs anywhere,” said Troy D’Ambrosio, executive director of the Lassonde Institute. “We can’t wait to see what the Lassonde 400 accomplishes this year and in the future. We expect big things.” 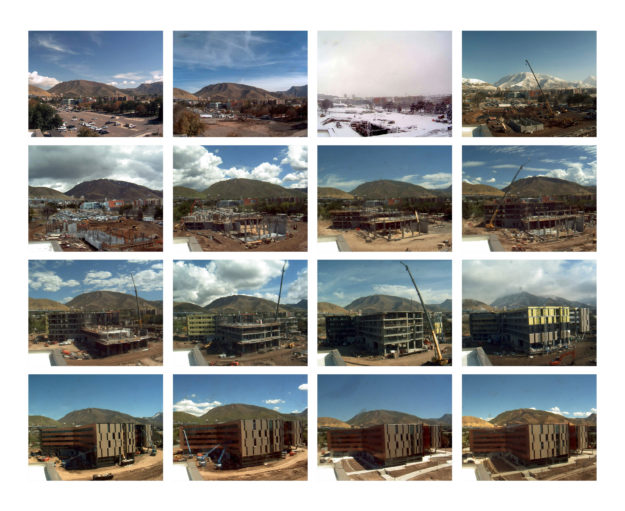 Lassonde Studios construction from start to finish. Groundbreaking was in October 2014.

The first group residents of Lassonde Studios, who will live here during the 2016-17 academic year, have a variety of academic interests – the most popular include business, engineering, computer science, video games and film. They are 37 percent female, 63 percent male. They are at every academic level – 50 percent freshmen, 17 percent sophomores, 14 percent juniors, 12 percent seniors, 6 percent master’s students and 1 percent doctoral students.

Residents live on one of four themed floors, which have unique tools, furnishings and activities that matches the theme. Themes include sustainability and global impact (second floor); products, design and arts (third floor); adventure and gear (fourth floor); and games and digital media (fifth floor). The themes are designed to encourage collaboration across academic disciplines.

Lassonde Studios is made possible through the vision and generosity of Pierre Lassonde, a world-renowned gold investor, founder of the Franco-Nevada Corporation and U alumnus who has donated $25 million to support the Lassonde Studios and related programs. Beyond his many professional accomplishments, Lassonde is a leading philanthropist in areas including education and the arts, he holds seven honorary doctorates from universities including the University of Utah, and was made a Member of the Order of Canada in 2001.

“We want to achieve something that has never been done before. We want to create a community of entrepreneurs unlike anything anywhere else,” Lassonde said. “The Lassonde Studios will help make this possible by providing all the space and tools students need to do amazing things. The University of Utah is now the place to be for young entrepreneurs.”

Lassonde founded what is now the Lassonde Institute at the University of Utah in 2001 with the goal of creating a center that would help students learn about entrepreneurship by working across disciplines on business ventures. That vision has grown to become one of the top entrepreneur programs in the country in just 15 years. 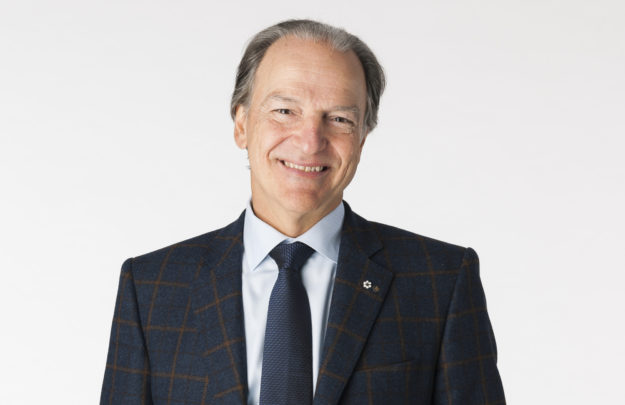 Pierre Lassonde, founder of the Lassonde Entrepreneur Institute at the University of Utah.

Many other people and organizations have made the Lassonde Studios possible. Partners include University of Utah Housing & Residential Education, Cannon Design, EDA Architects and Gramoll Construction.

Other major donors, in addition to Lassonde, include David Neeleman, the Larry H. & Gail Miller Family Foundation and Zions Bank.

Neeleman is a University of Utah alumnus and commercial airline entrepreneur known for founding such companies as JetBlue, Morris Air Corporation and Azul. He donated $2 million, and the first floor is named Neeleman Hangar in his honor.

The Larry H. & Gail Miller Family Foundation was formed in 2007 to allow the philanthropic spirit of the Miller family to continue for generations to come. It donated $1 million, and the restaurant is named the Miller Cafe to recognize the gift.

Zions Bank, one of the oldest financial institutions in the Intermountain West, has provided substantial and ongoing support for many programs at the Lassonde Institute.

NOTE: Images and other media resources to use with this news are available online at lassonde.utah.edu/about-us/media-resources.

Lassonde Studios is a new $45 million home for student entrepreneurs and innovators at the University of Utah. The facility, which opened in August 2016, is the place where students from any major or background can “Live. Create. Launch.” Students can apply to be one of the “Lassonde 400” who live here. All students are welcome to use the Neeleman Hangar, which is the 20,000-square-foot innovation space on the main floor to connect, test ideas, build prototypes, launch companies and learn by doing. Above are four floors of themed residential space. Lassonde Studios is in the center of campus and is advancing the University of Utah as a top school for entrepreneurship. The building and diverse engagement opportunities are managed by the Lassonde Entrepreneur Institute, an interdisciplinary division of the David Eccles School of Business. Learn more at lassonde.utah.edu/studios.